Would you like to be sat in Economy, Business, or at the bar? Airbus could be on track to completely reinvent the flying experience.

Flying isn’t always the most pleasant of experiences. Crammed in like cattle in an anxiety-inducing seating format, travellers often complain of feeling claustrophobic, trapped and most certainly not relaxed.

But one airline is attempting to rethink the in-flight experience in a new, award-winning project.

Airbus’s Silicon Valley lab A^3 has been working on Transpose, a modular cabin concept that just won the Experimental category in Fast Company’s 2017 Innovation by Design Awards. But what does modular flying mean? And could it feasibly take off?

And as these modules can be completely swapped in and out within an hour – each flight could be a completely different experience for travellers, one that’s customised to suit their needs.

A night flight from London to Dubai, for example, could be loaded with more sleeping modules, while an early morning journey between Paris and Rome could have a branded coffee shop and co-working module.

Jason Chua, project executive, told The Verge: “We want to make flying feel more human…this could be your office, or a co-working space. The restaurant could be any restaurant. And so we want people to feel more at home when they fly, rather than trying to fit into something that isn’t designed for them.”

The main problem with flying is that cramming everyone into the same tight space forces them to have the same experience – rather than the experience that suits them. Modular plane travel would be the first time the different reasons and contexts behind travelling will truly be taken into consideration.

Extroverts can chat and socialise at a bar while introverts can retreat to a quiet space. Workers can work undisturbed whilst families can spread out and play. 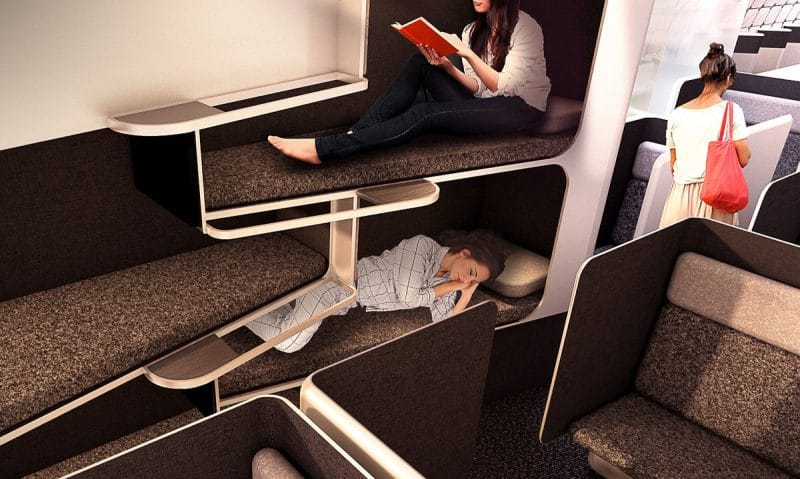 Even the user experience for booking has been considered.

Typically, when users book a flight, there’s only a choice of date, time and seat – not much that could thrill and excite the prospective traveller.

However, Transpose visualises a completely personalised itinerary. Users can pick from curated collections of experiences – the Resort Collection or the Corner Office Collection are just two example concepts.

The experience can then be swapped and altered according to personal preference. The design is intuitive, and above all, gives the user a feeling of complete control over their experience.

Like with self-check in and luggage drop-off, nothing puts a customer more at ease than a sense of control.

Many might assume this mode of travelling to be exclusively for the wealthy and privileged, but Transpose hopes it’d be accessible to everyone.

By having brands sponsor modules, some of the costs for passengers could be reduced. Costa, for example, could be serving coffee en route to Costa Rica. Or perhaps travellers could partake in a L.A. Fitness spin class as they fly to Los Angeles.

Transpose see the seats being priced at premium economy level, but only if the density of seats remained the same. And ultimately, the airline decides the price. 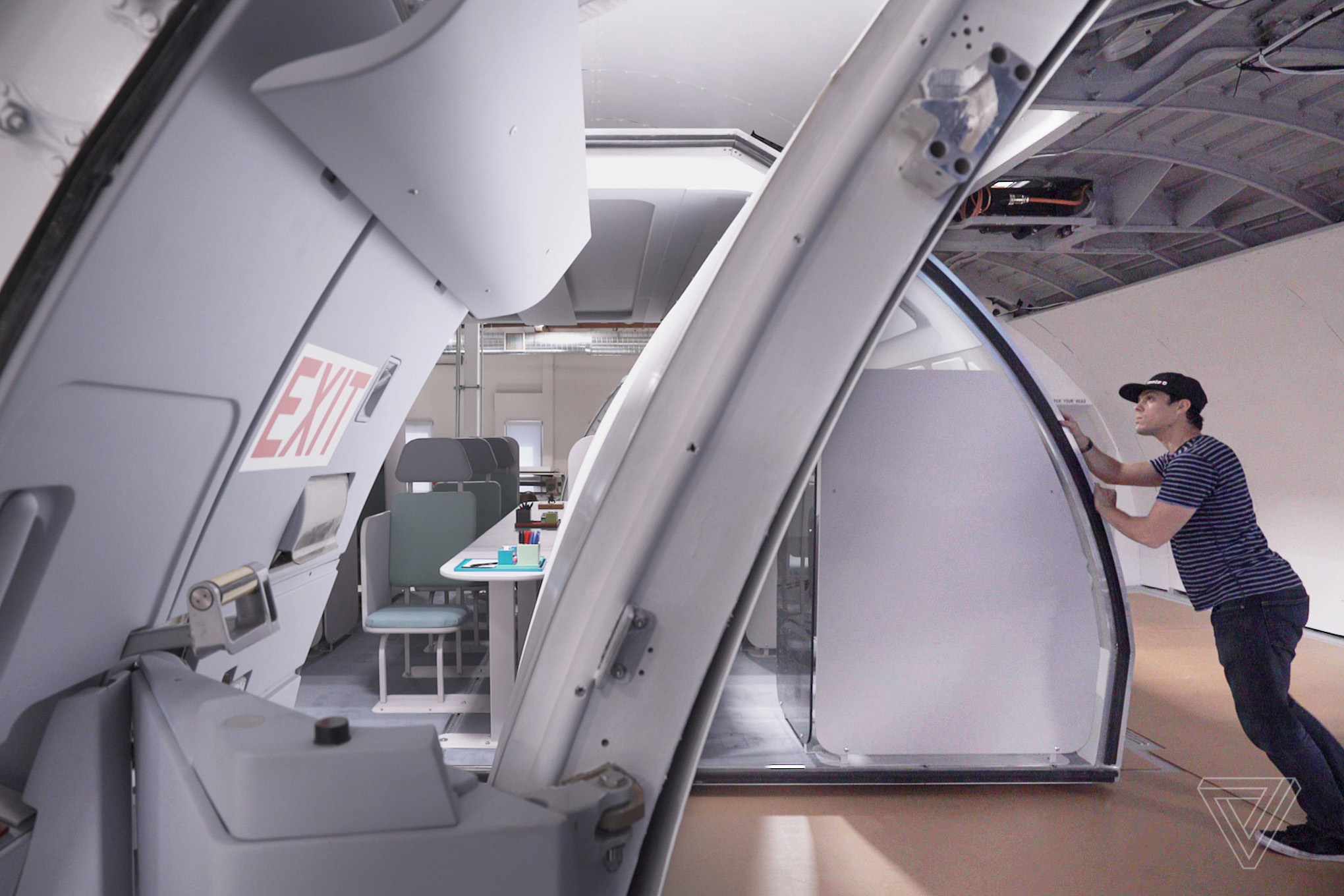 Will it take off?

Although there are a few minor design hurdles to jump before being able to launch modular flying, the team believe it’s possible that passengers could be enjoying modular flying within the next few years.

Before that happens, they need to cross a major hurdle – getting approval from the FAA (Federal Aviation Administration). In order to do this, certain specifications must be met – such as oxygen mask storage and ensuring passengers can easily get to their seats during turbulence or an emergency.

However, the team are already liaising with the FAA and other regulatory experts. While it may seem an unlikely prospect, you could very easily be travelling via Transpose within the next few years.