There used to be some frightening prospects about desk workers and the imminent decay of their health and body. Now, there is also a face.

Let’s face it: for many of us, being employed in the 21st century implies that the office often becomes a second home. Consequently, chairs and desks can metaphorically be categorized as “accessories”, since we use them now like we never used them before.

Trying to make this new reality as bearable as possible, with less negative effects on our health, body, even mind, a large variety of studies have been launched into the market. There are today plenty of researchers, institutes, universities or private companies that invest resources in studying the effects which desk work has on people.

As it was maybe expected, a large majority of them came to the conclusion that desk jobs are harmful or potentially harmful on a longer term, from various perspectives. To present just two, well health comes first – dry eyes, faulty blood circulation, eczema and so on – then body posture comes second – bent backbone, damaged joints, and so on. To be honest, this can be frightening to imagine, but it is one aspect brought by technology and digitization on the labour market. 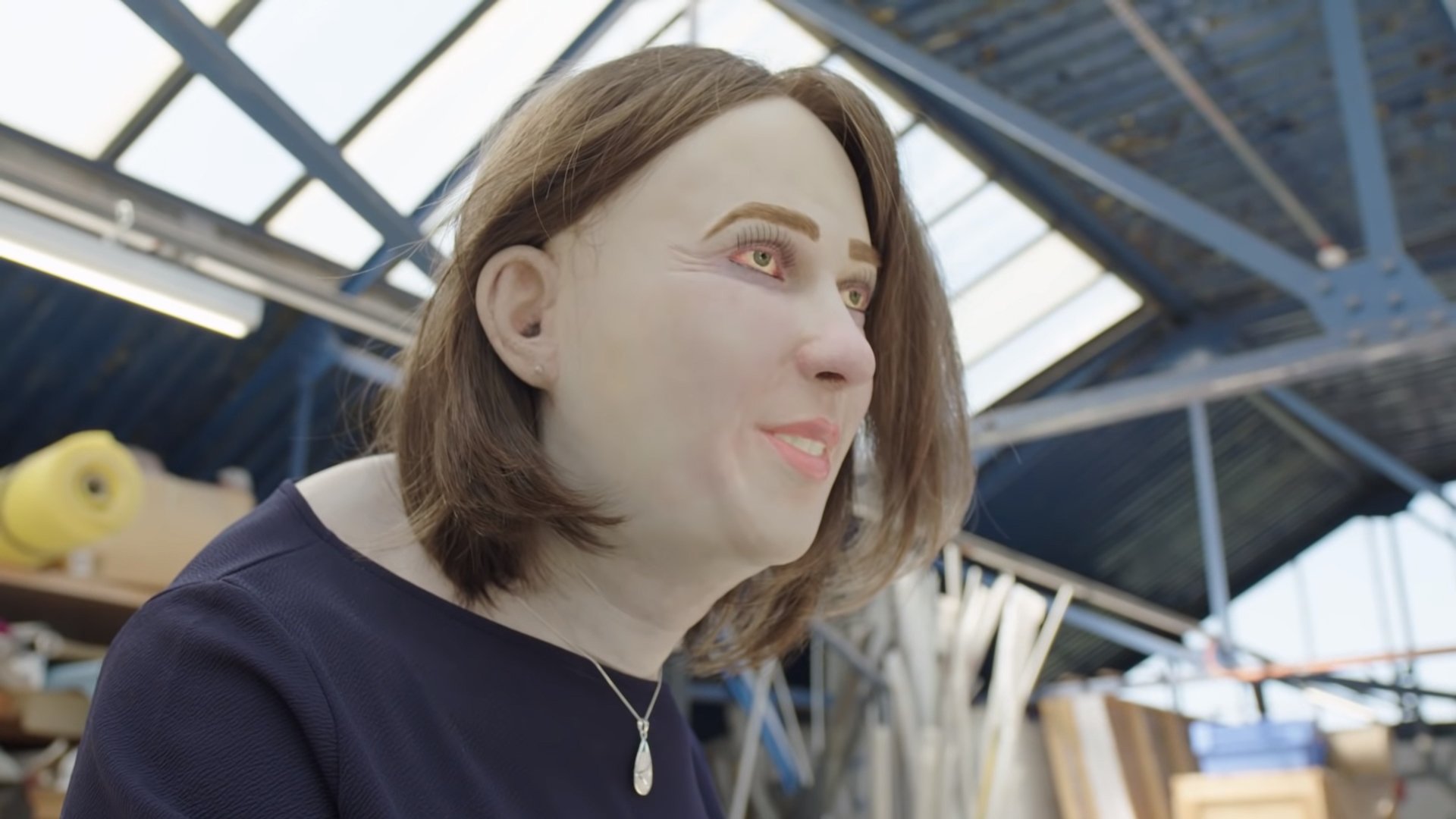 However, what experts and researchers don’t focus on so often is “giving a face” to these fears, portraying them in a realistic or maybe even artistic way. Fortunately (or not, depending on whether we would like to see how it will look like or we would better ignore it for the sake of our happiness), there is a representation of our future everyday colleagues. It’s called “Emma”.

“Emma” was recently created by a company specialized in work solution problems, as a result of a study that involved also experts and research. It’s a natural size figure representing the future of desk workers, with all of the inherent health problems and aesthetical changes. In some artistic way, Emma could be a signal, a warning. But how can employers and companies avoid a future society full of “Emma-like” staff members?

Well, the authors of this study are suggesting some possible solutions. It’s mostly about working environment and job quality, therefore many things can be considered for having healthier employees. Better air, better-designed buildings, better light (natural light as much as possible), less exposure to screens, just to name a few. Let alone factors like stress and routine, which should be reduced as much as possible.

But the matter is not only in the hands of the corporations and their CEO’s. It’s also up to us how we use the time spent in office. We could stretch our legs a little more or have a walk during the breaks, as prolonged sitting is unhealthy. In addition to that, we should adopt a correct posture in front of the computer. Personally, I like one fact about agents who make sales calls. Successful agents are standing when they make a call, as this adds confidence to the voice, making the pitch more attractive. This is another story, though.

Getting back to “Emma”, companies should indeed try to make their buildings and offices a better place for us. At the same time, we should take care of ourselves and keep one thing in mind: as generations of the future, we will incorporate technology into our lives. Inspiring and destructive, technology can be a muse or a hound. Will “Emma” be one of us or will she remain only a fantasy?