VR Journalism: A passing fad or a new kind of story-telling?

Journalism is the latest industry to try its hand at VR, but can it provide users with a better news experience?

Earlier this month the Guardian announced a giveaway of 97,000 Google Cardboard VR headsets for its UK readers to celebrate and publicise all the VR content their dedicated VR team had been making. 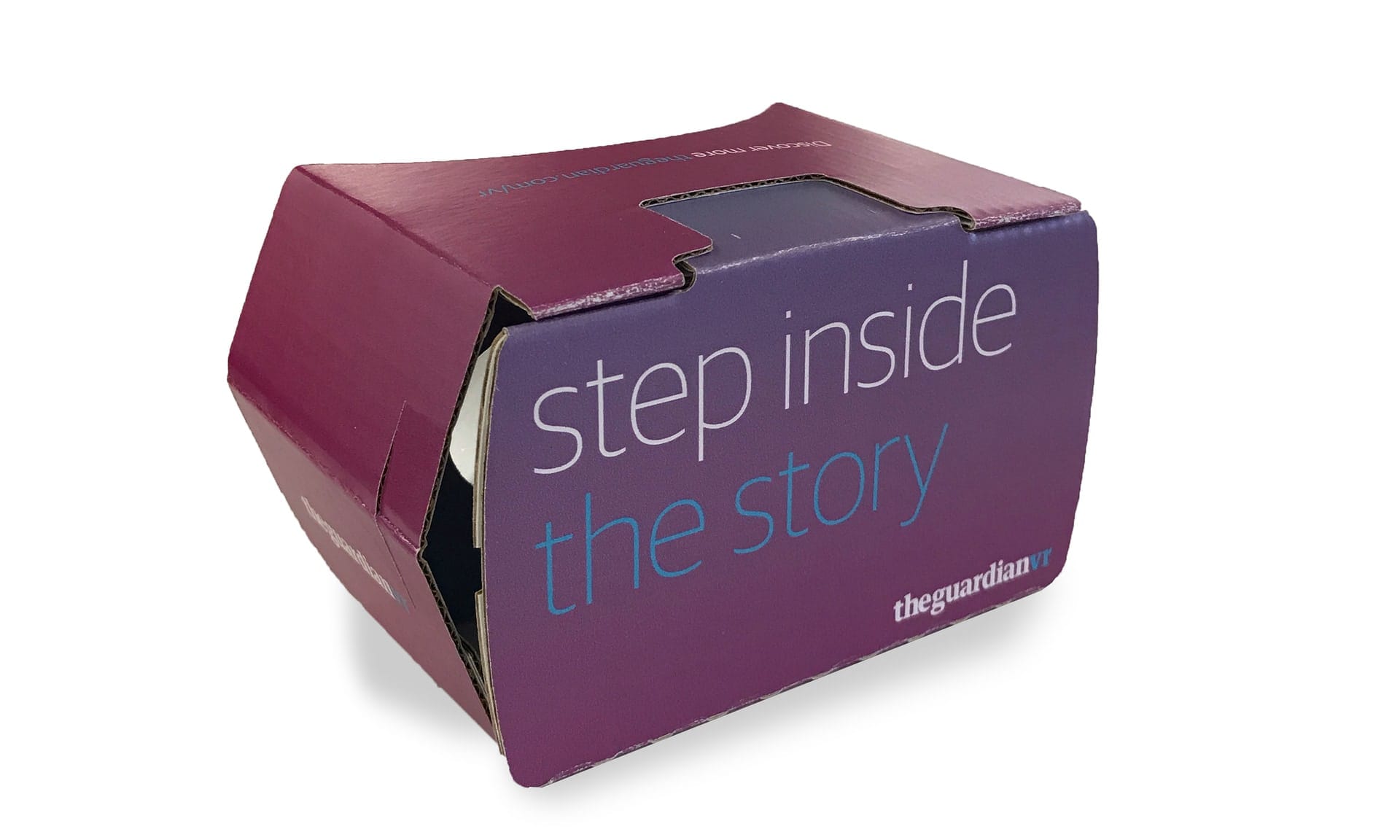 In the last year, the Guardian has made nine VR videos and recently brought them together in a new app. They’ve also committed to pushing ahead with more projects despite VR’s commercial opportunities being unclear.

Are we on the cusp of a VR journalism revolution or is it just a passing fad? And what does it offer in terms of user experience?

The experience is fiddly…

Getting started is more complicated than it should be. For a start, there’s no way to start a video once the smartphone is inside the headset. So users must rush to slot their smartphone into the headset, put it on, and put their headphones in or they’ll miss the beginning.

What’s more, the Guardian VR app will only play sound from headphones so if your headphones don’t have a volume control, you’ll have to pause the video, remove your phone and increase or decrease the volume manually (In contrast, The New York Times VR app plays sound from the phone speakers, though this is much less immersive).

…and at times painful

Even the most advanced headsets can still give the viewer a headache from overuse. So cheap plastic or cardboard headsets designed to hold a smartphone two inches from your eyes certainly have issues.

Short immersions of Guardian VR are fine, but anything longer than 15 minutes can leave your head and eyes in a spin. Oh, and don’t try it while wearing contact lenses unless you have lots of eyedrops.

Some of the Guardian’s VR videos are really just 360 videos and as such don’t really justify the extra cost and energy of being viewed through a VR headset.

Arctic360, for example, takes you on a tour of the melting icecaps from the side of assorted boats and helicopters. But this is as effective viewed on YouTube as it is on the VR app.

The Guardian’s latest release, The Party, where the viewer experiences an autistic girl’s challenges with social events, is more immersive in the way it plays with sound but arguably, still doesn’t require the headset to get the full experience.

However, the technology shines when the developers use CGI to build 3D worlds the viewer is then dropped into or to show us things we couldn’t otherwise see.

First Impressions, for example, (essentially a 360 video with a twist) shows us what a baby sees in its first six months of life. People and objects first appear in grayscale before gradually, the world fills with colour – first reds and greens, then yellows and blues – to demonstrate the development of a child’s vision, and the effect is very compelling.

Or Limbo, a video designed to convey the alienation of being an asylum seeker in Britain, begins with a tour of a black and white city, where faceless people ignore you as they glide past and ends with an interrogation by an asylum service officer who appears to be everywhere at once.

How will this fit in with people’s news consumption?

It’s hard to ever imagine a commuter slipping on a pair of VR goggles on the morning train to get the daily headlines.

Matt Cooke, from Google News Labs said that he believes VR is where mobile phones were in the 90’s. If that’s true – there’s a long way to go in terms of UX and immersion.

Yet the more successful of the Guardian’s stories suggest a promising future for VR journalism.

With some refining, VR could be an invaluable tool for multimedia journalists to go alongside the traditional written word when a particular story has a strong immersive or visual element.