A new feature on Youtube allows VR producers to see where their viewers are looking, but what are the findings?

VR videos add a whole new depth of experience to viewers, immersing them in a 360-degree experience that can put them in the midst of epic battles or fantasy worlds.

But how much of that experience is, well, experienced by the viewer? VR and 360-degree video producers can find out now after Youtube announced the introduction of heatmaps on Friday [16th June]. 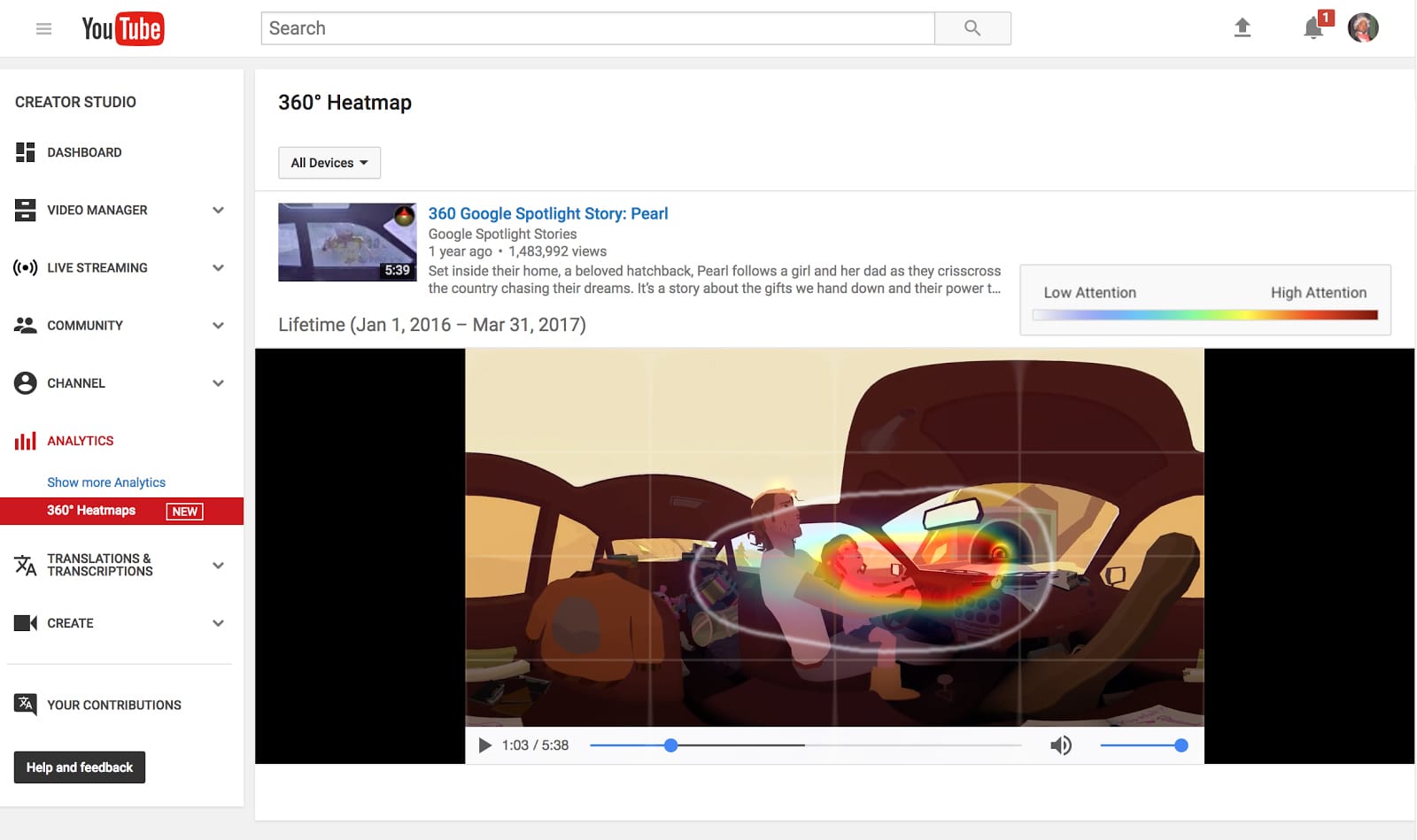 The heatmaps, available to VR videos with more than 1,000 views, reveal how users are engaging with the content.

A colourful overlay gives insight into where and how long viewers are looking at specific parts of the video – dark red being high attention and light blue low attention.

Yet while the defining feature of a VR video is the ability to look freely around, the research suggests that people simply aren’t doing this.

Instead, early research shows that 75% of the time viewers are merely looking straight ahead, focusing on the 90 degrees in front of them.

In some of the more popular videos, as much as 20% of the views were people looking directly behind.

Clearly, the more engaging the content is, the more likely viewers will be enticed into making the most of the 360-degree environment. Youtube encouraged creators in a blog post to “try using markers and animation to draw attention to different parts of the screen” and up user engagement.

The way in which VR videos are experienced also depends largely on the context of the viewer.

Youtube found that those wearing Google Cardboard took a few seconds to adjust to wearing the headset – time viewers on a desktop didn’t need – so time should be given before jumping straight into action.

As well as the device, there’s also the context of location to be considered. Creator of 360-degree video The Pull, Quba Michalski realised the impact of this last August, when VR startup Jaunt first introduced heatmaps to their publishing platform.

In a blog post he wrote: “Many VR experiences surround the camera with content distributed all around the scene, expecting it will be discovered over multiple play-throughs.

“While this was my first instinct, too, when first experimenting with the medium, over time I realized that the actual active region of interest is far from 360°, and actually closer to 120°.”

120° is the field of view we can scan with minimal head movements. But rather than this being the result of lazy VR viewers who can’t be bothered to turn around, it’s the more comfortable way to experience VR in certain situations. Sat down, twisting your body 180° backwards isn’t just uncomfortable after all, but often unfeasible, especially in an airplane or train seat.

360-degree and VR videos are still a new medium and there’s much more to be learned about how to create the most engaging, yet user-friendly, experience – including how not to make people sick.

Learning how viewers interact with different content is a vital step towards better quality VR videos, and Youtube’s heatmap feature will certainly aid creators in the future.