At first glance, Levi’s latest Commuter Trucker jacket doesn’t look like anything special. Crafted in a fit designed to look good on a bike, you’d be forgiven for thinking it was just another stylish, practical jacket for the urban cyclist. But this jacket wears its heart on its sleeve, and at its heart is a new kind of wearable technology. 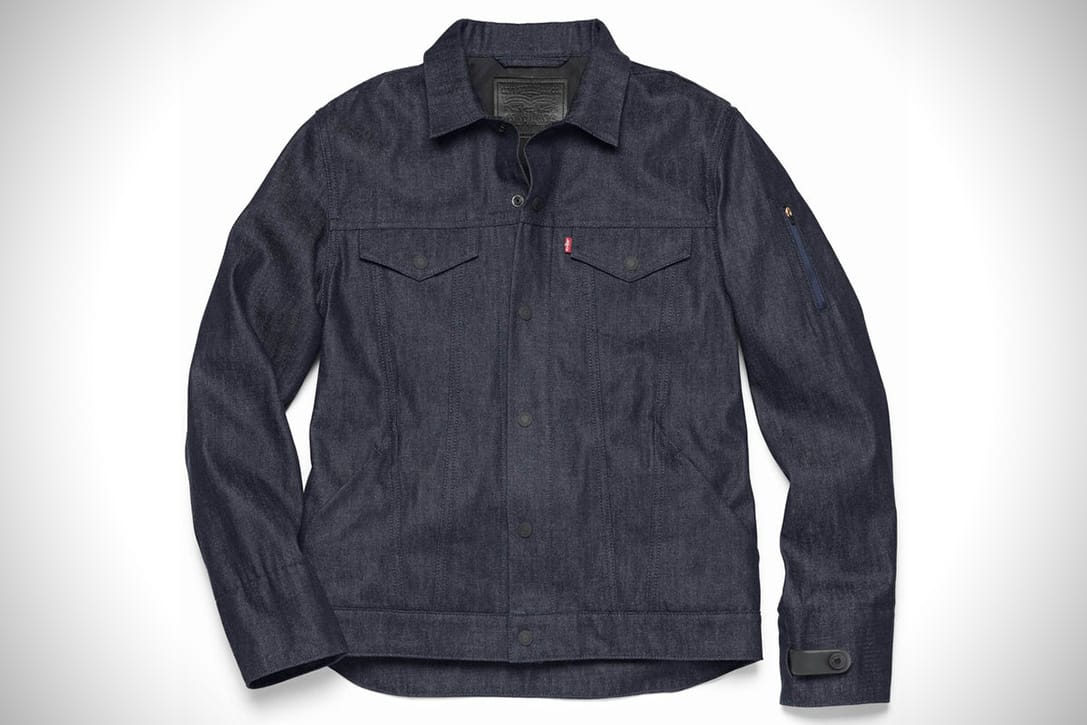 Collaborating with Google ATAP, the jacket is Project Jacquard’s first commercial realisation of an aim to turn textiles into interactive surfaces.

The technology is literally woven into the cuff. Conductive yarns, when paired with a inconspicuous smart-tag, form a sensor grid on the jacket’s sleeve. Via an Android app on their phone, users will be able to assign their own intuitive gestures to certain actions, such as tapping to interact with a GPS app or swiping to change the music track. Haptic feedback in the form of small vibrations let the wearer know their action worked. 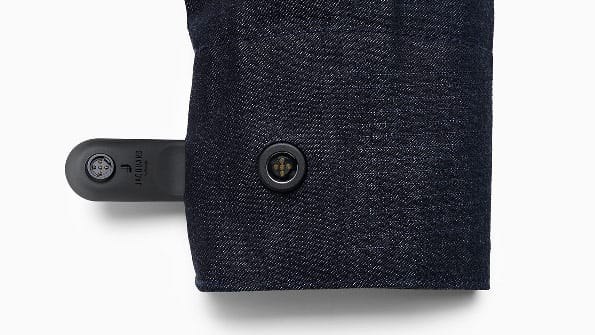 Designed for cyclists, the screenless interface makes it safer than a smartwatch (which is often no more practical than a phone) and, perhaps most impressively, machine washable.  Clip off the bluetooth tag, and the jacket can be thrown in the wash with the rest of your clothes. This is a garment that fits seamlessly with the rest of your wardrobe.

The technology also fits seamlessly with the rest of the garment industry. The conductive yarns, made by spinning metal alloys with conventional fibres (silk, cotton or polyester, for example), are indistinguishable from normal yarns. As a result, standard industrial mills and looms can weave the fabric of the future. Levi’s interactive denim is woven in-house, and other mills could follow suit almost immediately.

A New Era for Wearable Technology

In recent years, wearable technology development has been driven by the fitness industry and so far only seems to successfully exist in the form of smart accessories – watches and bands. Yet, as Mona Bijoor, fashion entrepreneur, said in her FastCoDesign article: “To be relevant in consumers’ lives, wearables need to extend beyond fitness. It’s obvious that for the Apple Watch to work it is going to have to have a wide selection of apps that different people can incorporate into their everyday lives.” She goes on to label the current crop of wearables as ugly, suggesting that “a lot of the greatest innovations in fashion are the ones you can’t (or barely) see…Wearable makers should steal from fashion’s playbook and make products that are less showy.”

Consumer behaviour echoes her thoughts. The disbanding of Google Glass in 2015, for example, proved that users value form over function when it comes to fashion tech. Despite breaking the fitness-wearable mould with photography, navigation and news features, the obviousness of the technology put people off. Users clearly don’t want to feel like they’re living in a sci-fi movie – to make a successful wearable, it has to be subtle.

Screenless and covert, the Google/Levi jacket has perhaps resolved these very tensions between fashion and technology. By placing fashion design and user experience at the forefront of its construction, they’ve created wearable technology that people will want to wear and use everyday. It signals a new era in connected clothing, moving from accessorization to integration; wearable to worn. The potential for expansion is huge – Google is already looking at partnerships with other apparel makers, including athletic and business wear. At $350, it remains to be seen what the appetite for hi-tech outerwear is, but the future looks promising.