How Adidas’s Speedfactory could change the footwear industry

At the end of last month, Adidas launched AM4LDN – their first localised shoe design made possible by Speedfactory. But what is Speedfactory, and how could it revolutionise footwear?

Adidas’s AM4 project is creating unique shoes for individual cities, tailored to fit the residents of each city’s needs.

Londoners, for example, wanted a reflective shoe, with an extra grippy outsole to deal with the grey London drizzle.

Such a hyper-local product might seem strange from a global brand such as Adidas, but it’s all been made possible by their new Speedfactory in Ansbach, Germany.

While fashion is largely getting faster and more responsive, footwear still relies on mass-production and long timelines. 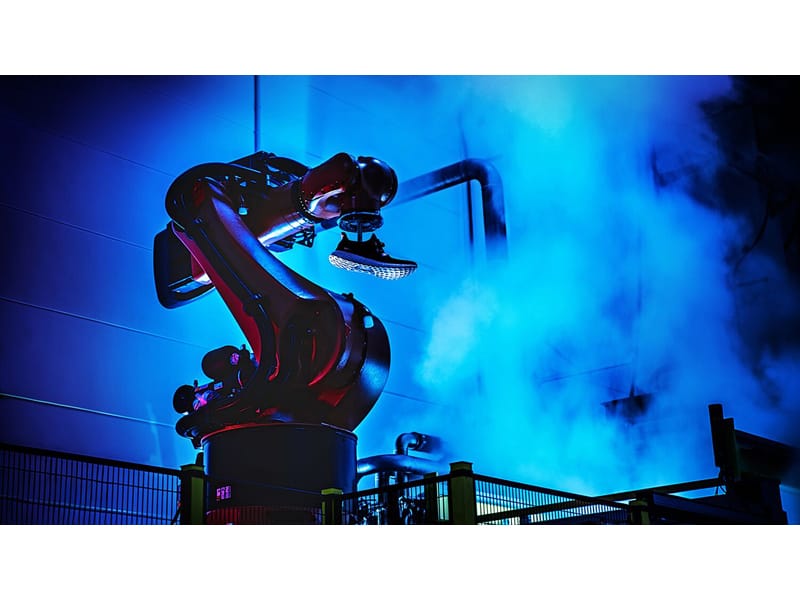 It currently takes 12-18 months to take an Adidas trainer from concept to store. Just one style of shoe relies upon several different factories across Asia – one might make the outsole for example, while another produces the soft upper that wraps around your foot. A shoe model has to be produced in the hundreds of thousands to be economically viable, something that doesn’t entirely fit a market where premium products thrive on scarcity.

However, the Speedfactory changes all of that. Almost entirely automated, the factory’s robots handle all aspects of shoe production, taking production time down from months to a single day.

It also means Adidas can create small batches of hyper-local designs – something that’ll not only excite consumers at the prospect of speedy customisations but enable Adidas to experiment more with innovative, data-driven designs.

David Drury, director of Global Futures at Adidas, says that the shoes coming out of Speedfactory will always be in “Beta”.

NFC (near-field communication) chips will be inserted into the shoes, at first to reveal original content in its app. Later, however, these chips could deliver valuable data to Adidas, allowing them to improve their shoes continuously. The more data, the more personalised and local the shoes could become.

Co-creation is also a potential future in shoemaking. At the AM4LDN launch, consumers were invited to have their data captured – including biometrics (running gait), foot and face-scans.

This data could be used to make one-off shoes, the ultimate in customised footwear. Whether a consumer’s feet are different sizes or a difficult shape, Adidas could create a shoe just for them. While this is likely to be exclusively for sponsored athletes to begin with – runners and trainer fanatics alike would be willing to pay a premium. 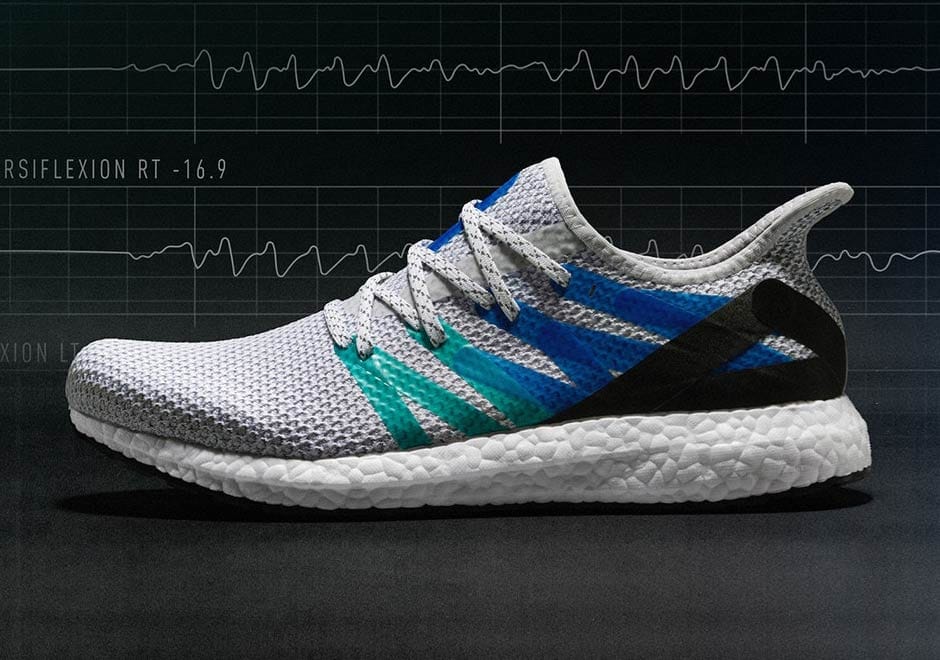 Not a solo race

Other footwear companies are onto automation too. Nike uses static electricity tech to assemble shoes 20 times faster than a worker, while New Balance have started 3D printing soles.

While they’re all keeping themselves in the race, it’s clear that technology is making footwear more sustainable, ethical and, above-all, increasingly consumer-orientated.