On Thursday Amazon hosted its annual hardware reveal, featuring a host of new smart devices to make your home a smart home.

The show featured updates and second generations of the Echo dot of course, as well as the Echo show smart screen.

The line up included new smart speakers, new security devices, and even a microwave all linked to your Alexa-based home set up.


All new Echo Dot and Echo Plus

One of the main features of the show was the new Echo Dot and Echo Plus, the most popular products in the Echo range.

The new Echo Dot now features a 1.6-inch driver, and is apparently 70 percent louder than its predecessor, according to Amazon. 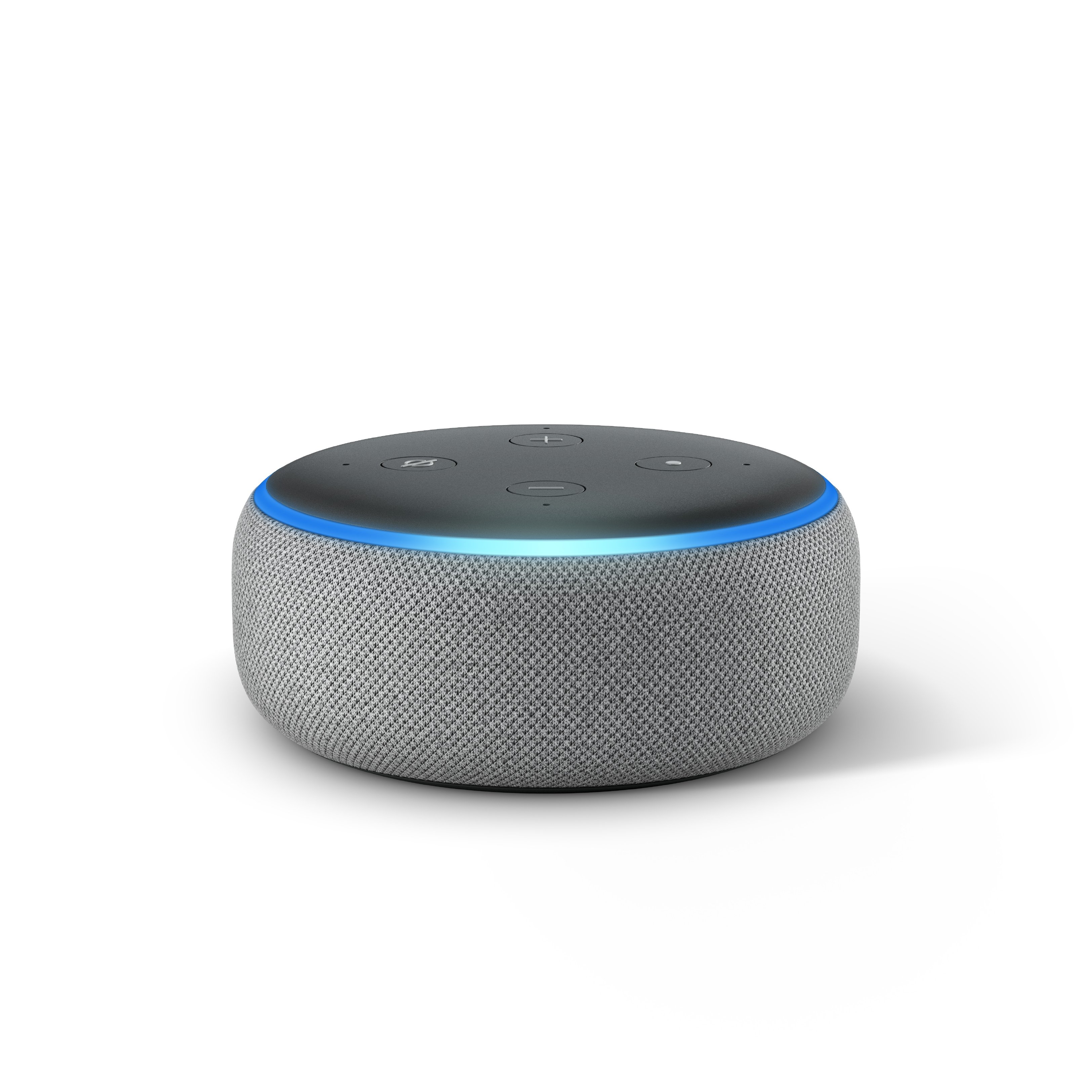 The updated smart speakers come with a new design and new fabric cover, with the smaller looking similar to the Google Home Mini.

The Echo Plus now also features a temperature sensor that allows you to ask Alexa what the temperature of the room is, and coordinate events to temperature changes.

Amazon also demoed offline local functionality of the new Echo Plus, which can still control basic local systems such as smart lights, without an internet connection. 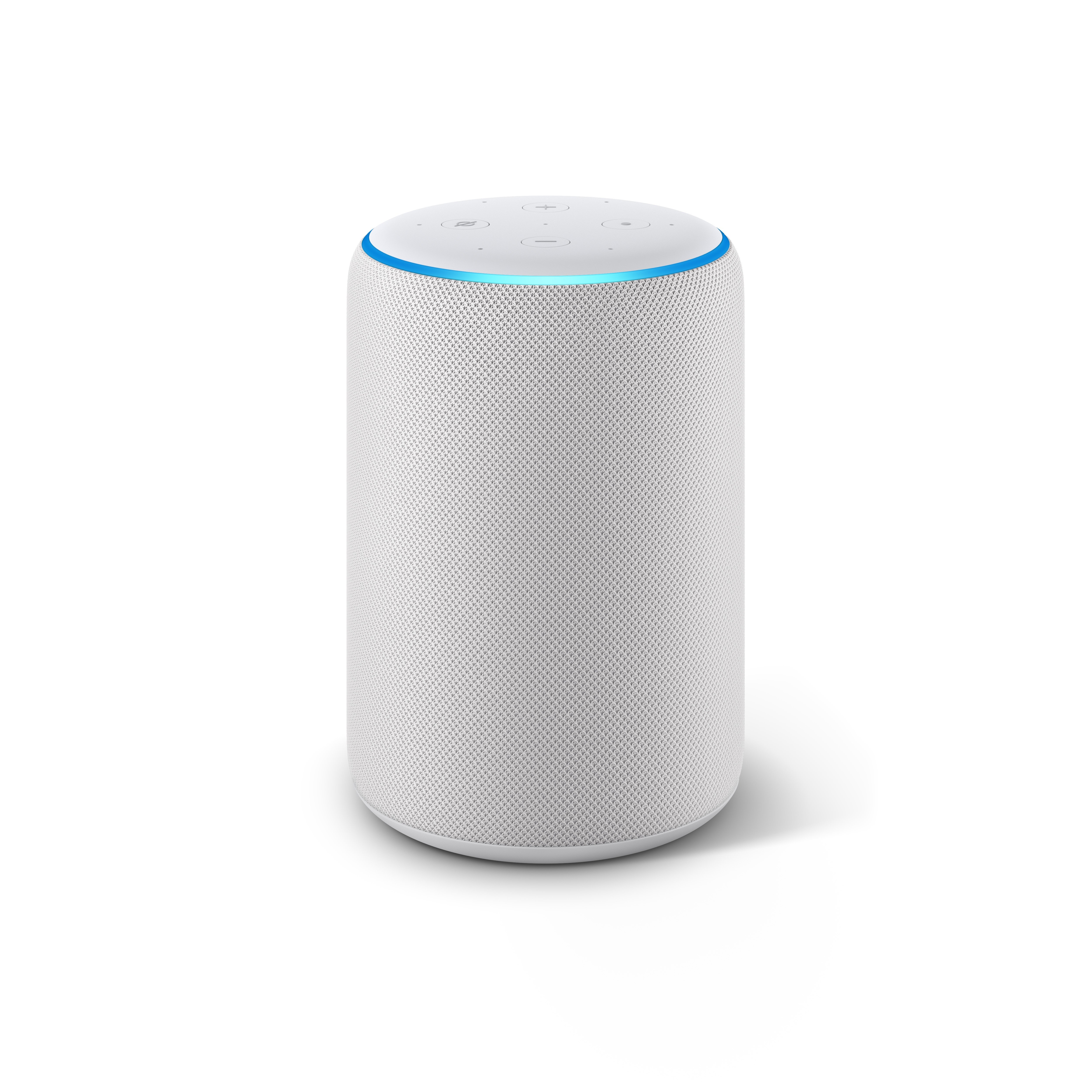 The new Echo Plus features a fabric design and rounded top as well as offline features. Image: Amazon

A new pebble-sized incarnation of the Echo Dot, this time minus the speaker.

The idea behind the Echo Input is that you can use it to add Alexa functionality to an existing stereo system. 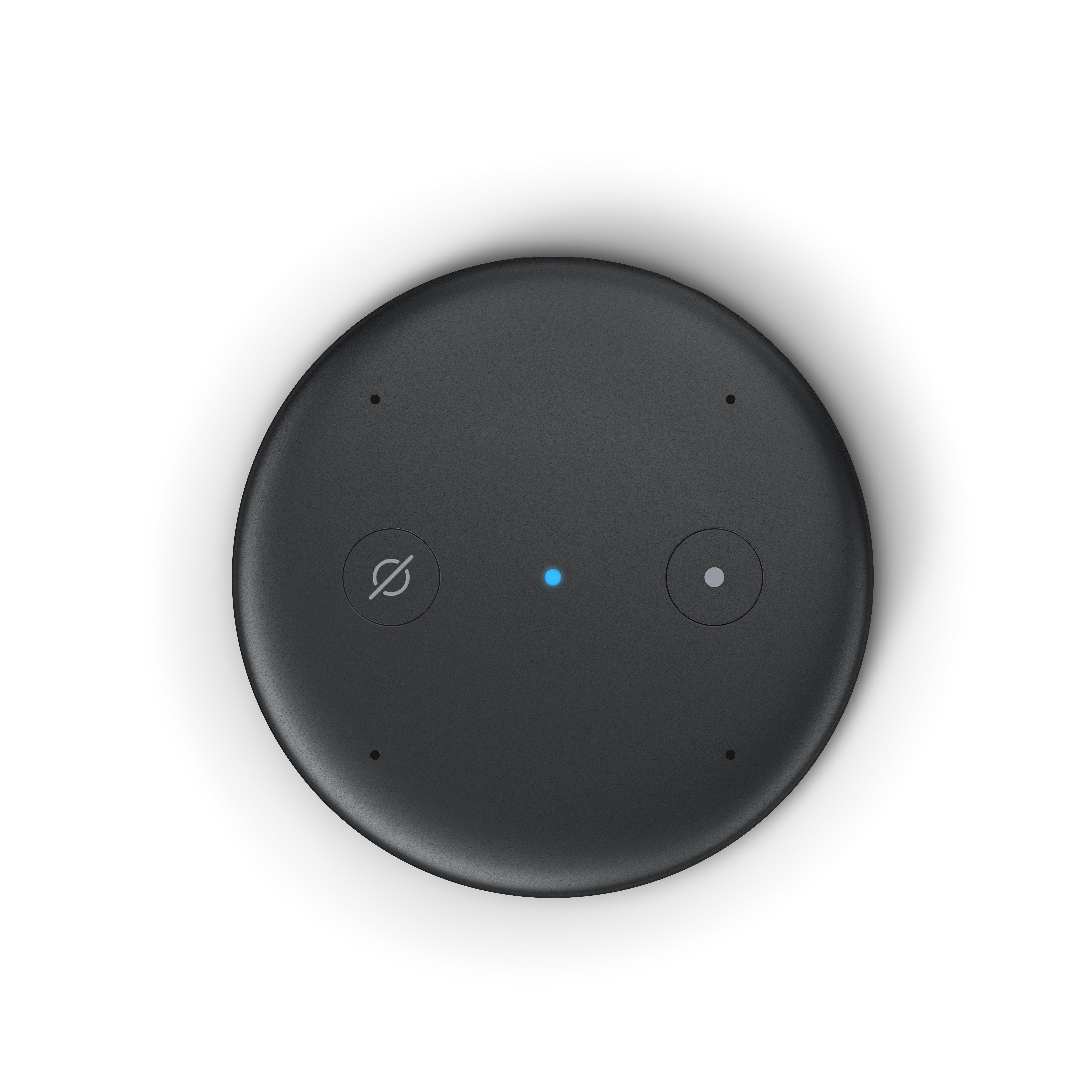 The tiny device is just 12.5mm tall and could be tucked anywhere out-of-sight, using its far reaching microphone to add smart home functions to your speaker set up. 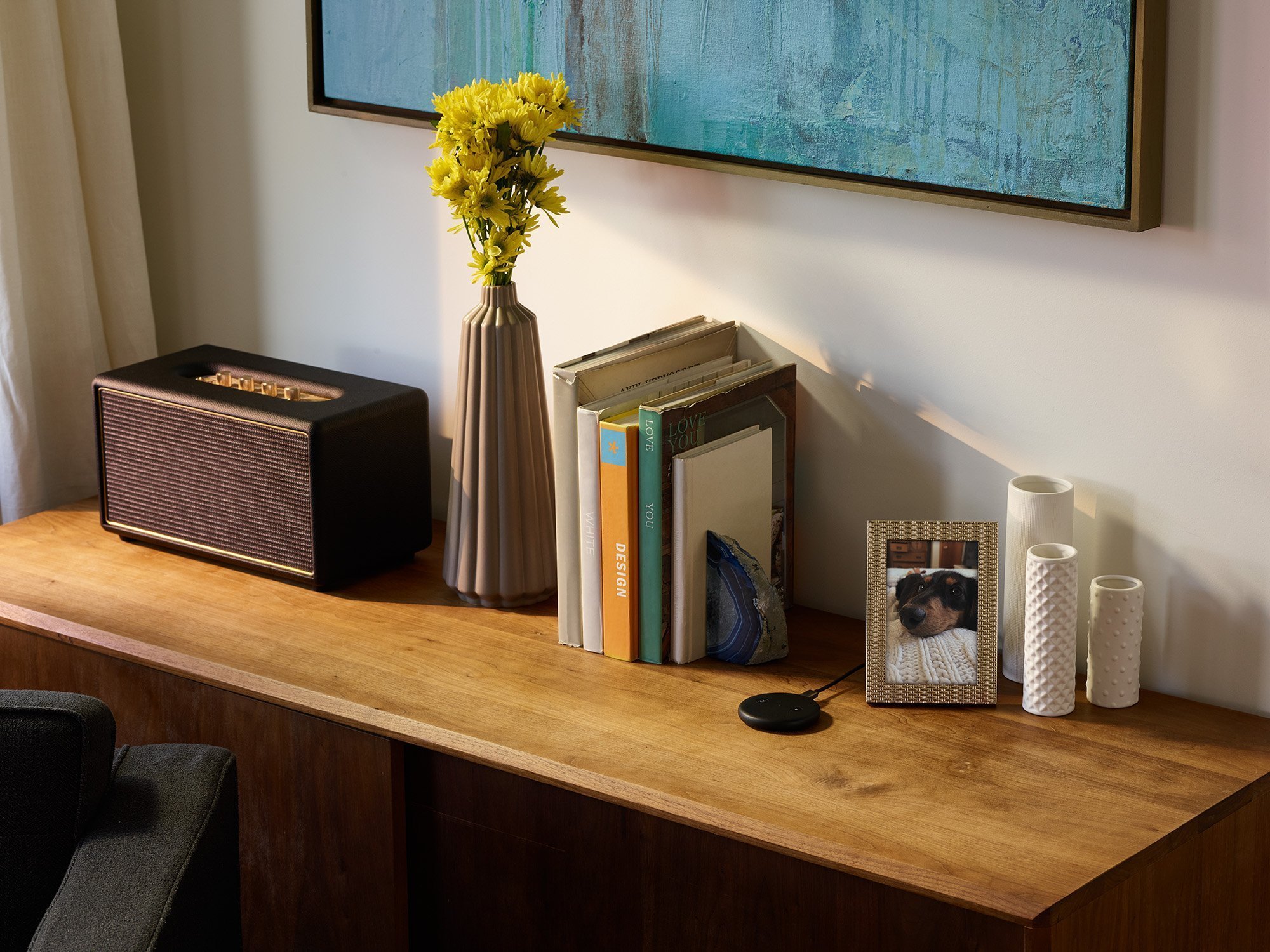 Amazon’s smart display has had its first rejuvenation, now boasting a ten-inch screen and better sound.

Like the Echo Plus, the Echo Show now also has the ability to act as the central hub for an Echo-based smart home system.

A new addition to the Echo speaker family, the Echo Sub does exactly what you think. It pairs with your existing Echo system to add increased bass – something the speakers like the Echo and Echo Dot tend to lack 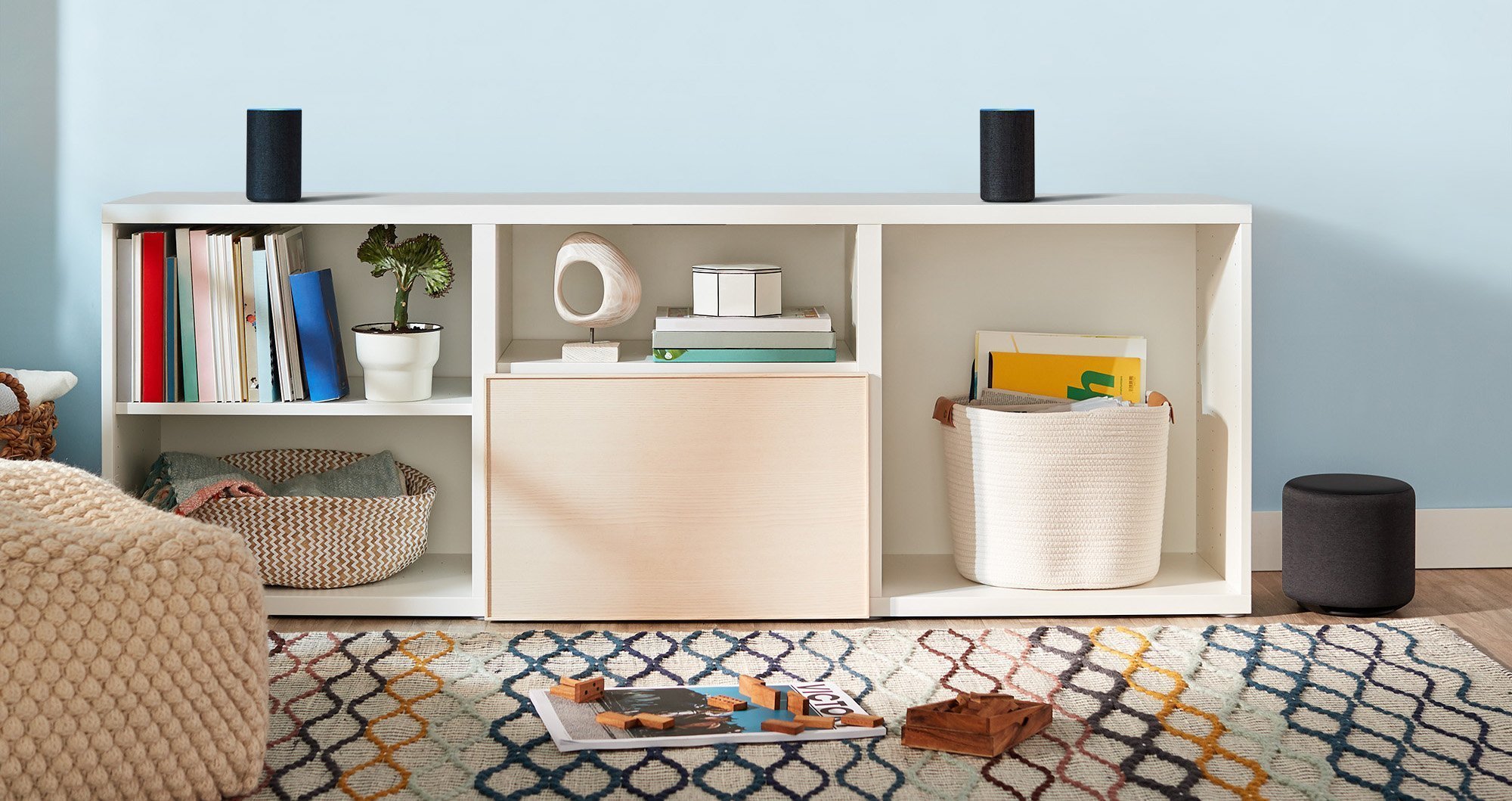 The Echo Sub should be retailing for around £129.99 and preorders are starting soon.

Yes, you read that correctly.

Part of the new range of Alexa compatible devices that Amazon showed off included a microwave oven.

Thanks to Amazon’s new Alexa Connect Kit, many appliances can be converted to smart-enabled devices and controlled via an Alexa enabled Echo system.

According to Amazon the kit “includes a Wi-Fi and Bluetooth LE module that contains software — written and managed by Amazon — that automatically and securely connects to Amazon-managed cloud services.”

The kit doesn’t include a microphone, so don’t shout at your microwave. The microphone functionality comes from the Echo system.

Another home device Amazon flashed was the new Echo wall clock, which connects via bluetooth to Echo devices, just like the microwave, to let you set timers and alarms.

Amazon can now not only make your home smart, but protect it as well.

Alexa Guard can be set to record and send unusual noises to you when you are away that might mean something is amiss at home – like the sound of breaking glass.

Using machine learning, Alexa is also able to turn your smart lights on and off in a pattern that replicates someone being home.


Multi-room audio with the Echo Link 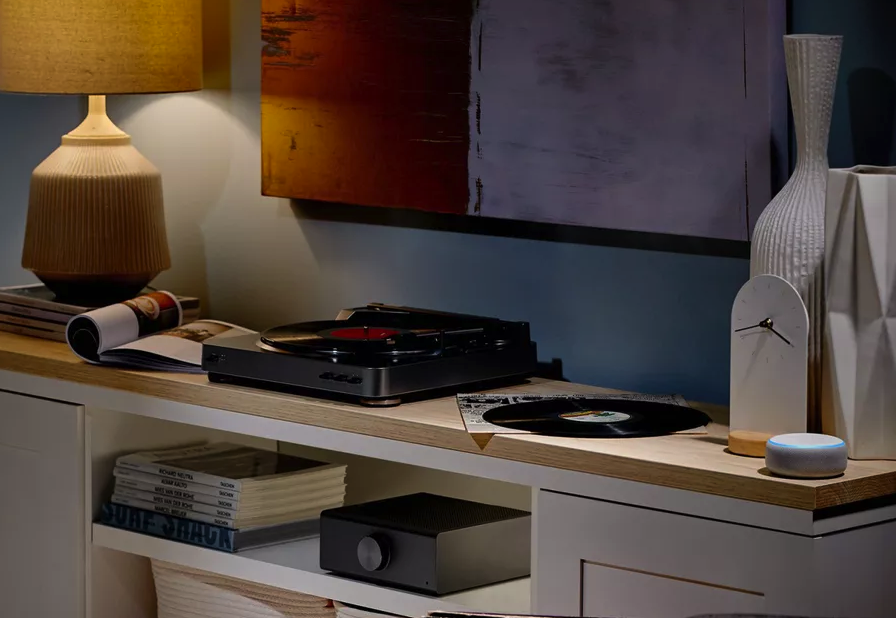 The Echo Link can, according to Amazon: “connect to a receiver or amplifier, with multiple digital and analog inputs and outputs for compatibility with your existing stereo equipment.” Image: Amazon

Despite being partners with SONOS, Amazon have introduced a new addition to the Echo range that allows you to build an integrated multi room stereo system.

The new Echo Link can “connect to a receiver or amplifier, with multiple digital and analog inputs and outputs for compatibility with your existing stereo equipment.”

Does what it says on the tin – the smart plug allows Alexa to control anything connected to a wall power supply through the smart plug. 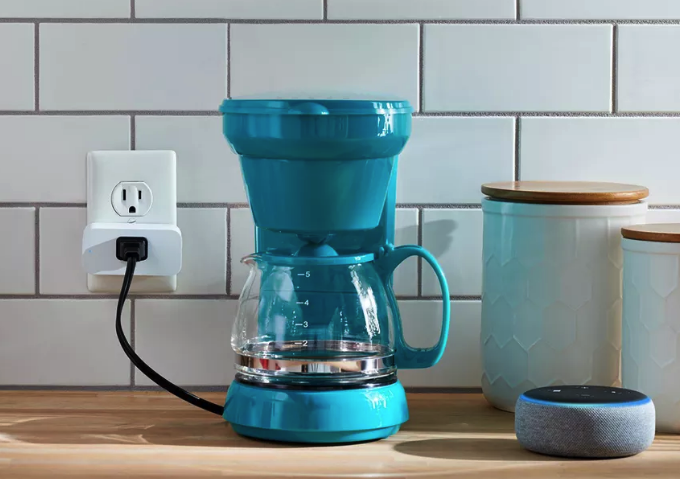