BeReal is a new, upcoming app that aims to offer a more ‘realistic’ approach to social media. Unlike other apps where editing, scrolling and stalking is rife, BeReal is focused on ‘authenticity’ and keeping up with the genuine day-to-day lives of friends and family. As we’re a UX design consultancy, who keep an eye out on the latest tech trends and developments, we wanted to take a look at the app from a UX perspective. So, we asked our team of experts what they thought of the app, how it seems to be working well and where there is room for improvement in terms of user experience!

Before we get into the opinions of our UX consultants, we thought it would be beneficial to give a brief description on the actual elements of BeReal, for those who have never heard of the app, or don’t use it. 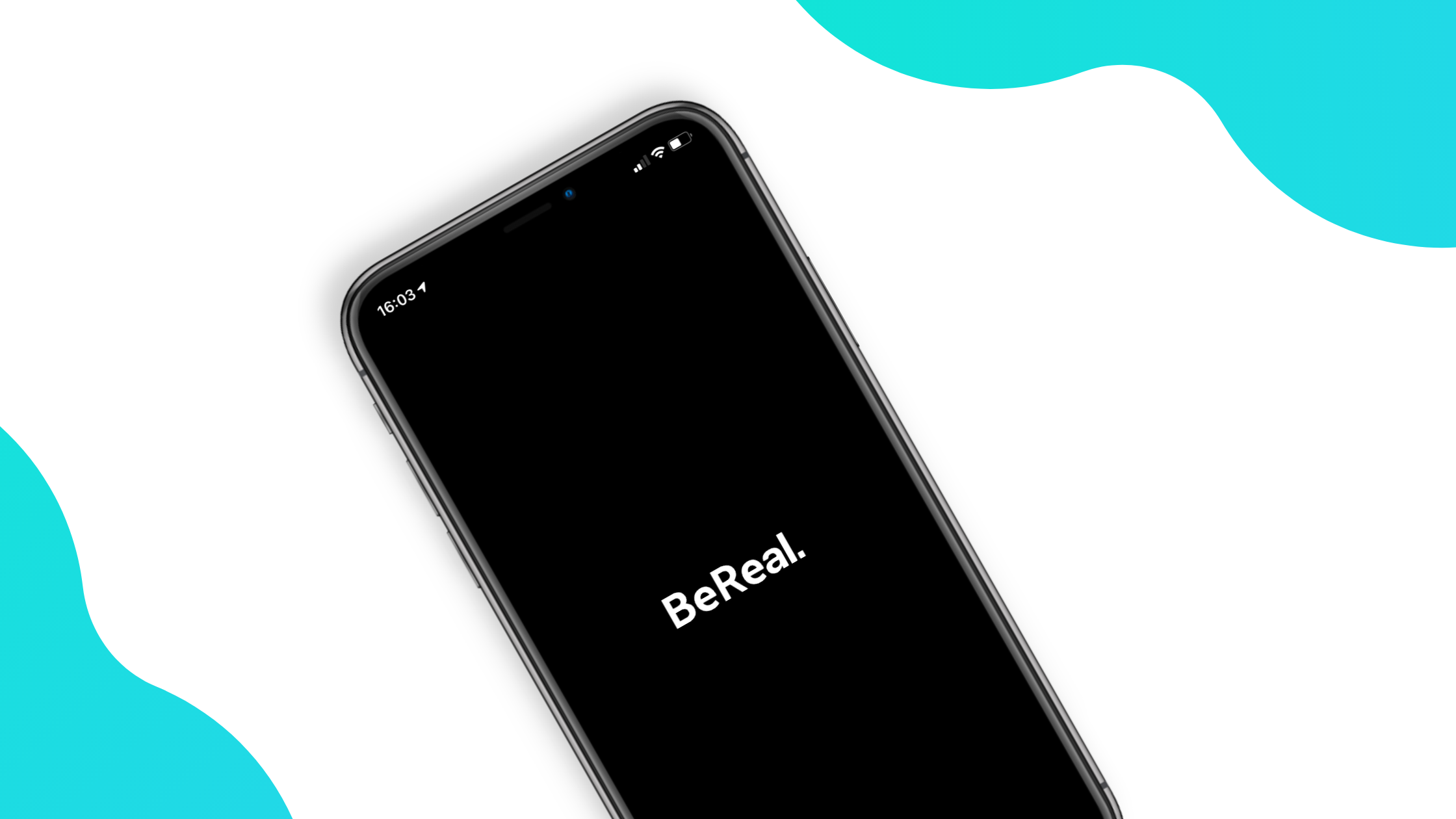 As previously mentioned, BeReal is all about being authentic, and posting ‘real-life’ content. The elements below all come together in order to achieve their tag line – ‘Your friends for real’: 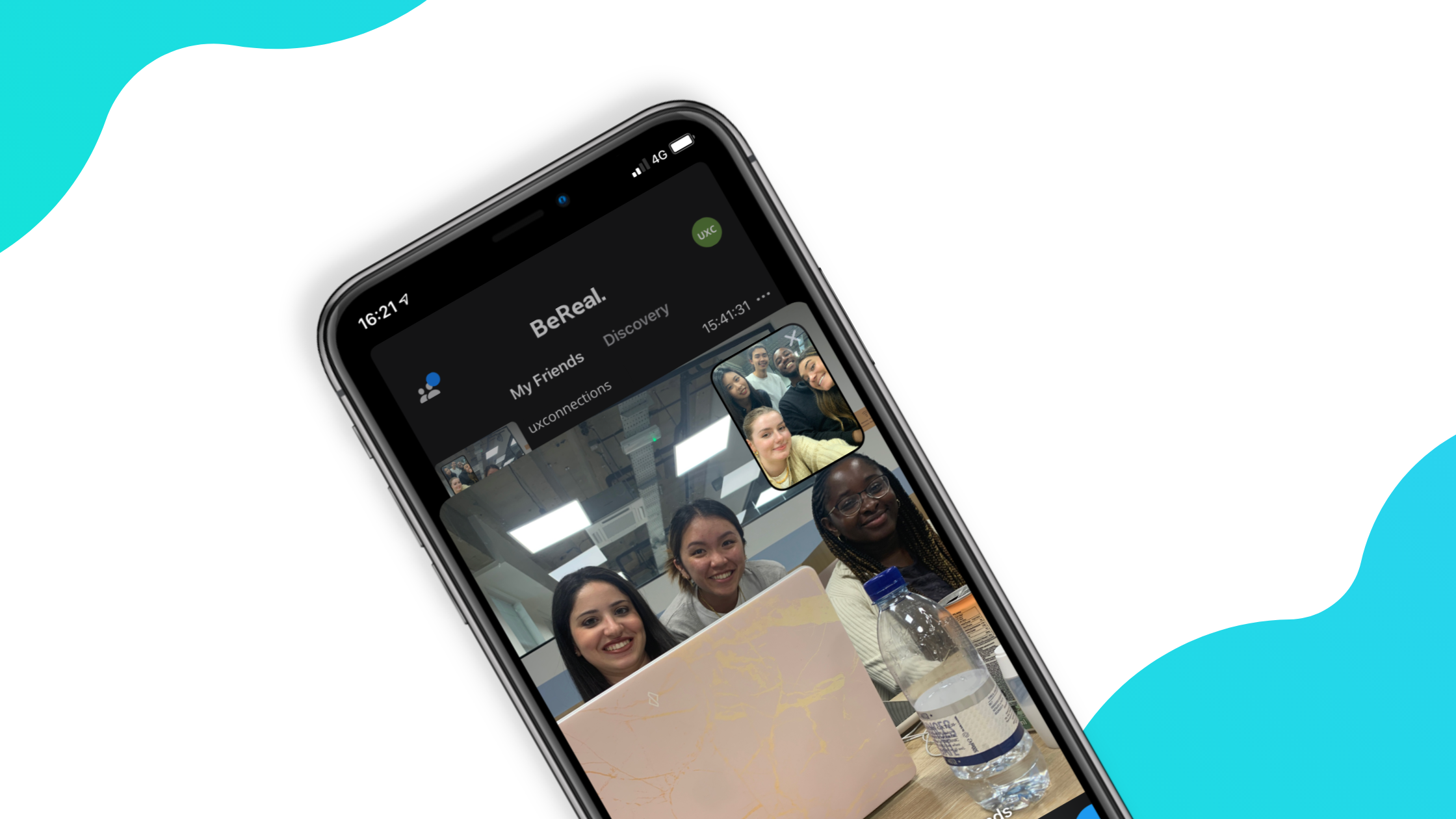 Does it have positive UX elements?

According to our UX consultants, the app is inviting as it has novel elements not just in its concept, but also in how it has been built. The simple interface, with minimal profile elements allows for a new, refreshing experience of social media. The app seems solely based on its aim: your friends for real. A dark UI, specifically a black background, allows for the focus to instead be on content uploaded by friends and family.

The same can be said for the ‘RealMojis’, which take a common concept (reactions to content) and make it new, as well as personable. The user can react with their own facial expressions, making that communication ever so slightly more personal. The overall experience feels new, even though the concept it is built upon is not. 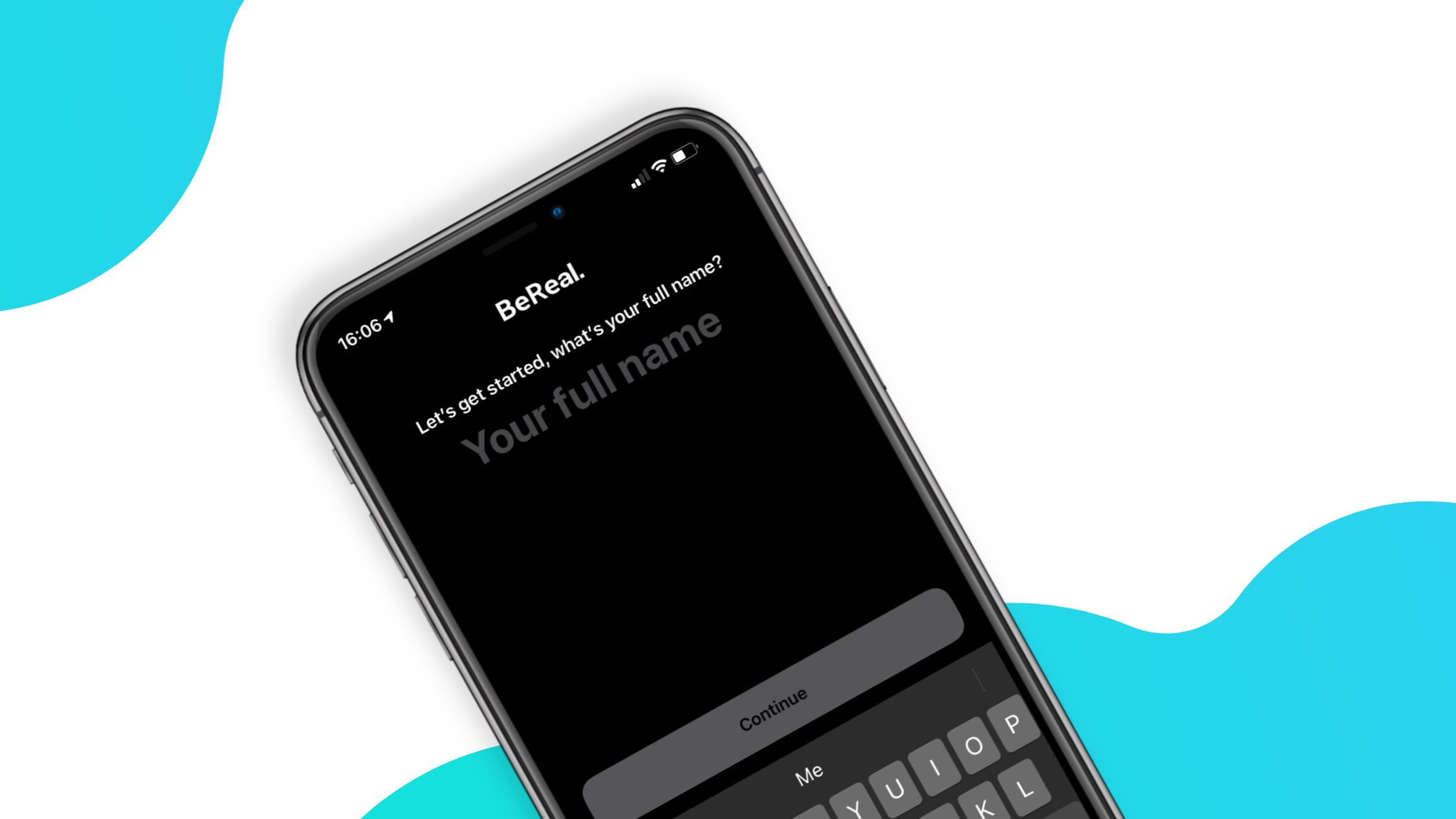 Can BeReal improve its user experience?

However, there are areas in which BeReal could be improved. Users have mentioned that there are issues with the actual usability of the app, complaining that:

Our own UX consultants looked at the specifically just the UX elements, and gave very interesting feedback, including:

Friends appears at the top as:

Whereas your own appears as (with no location shown):

2. The ‘…’ button opens up more information on the BeReal photo: 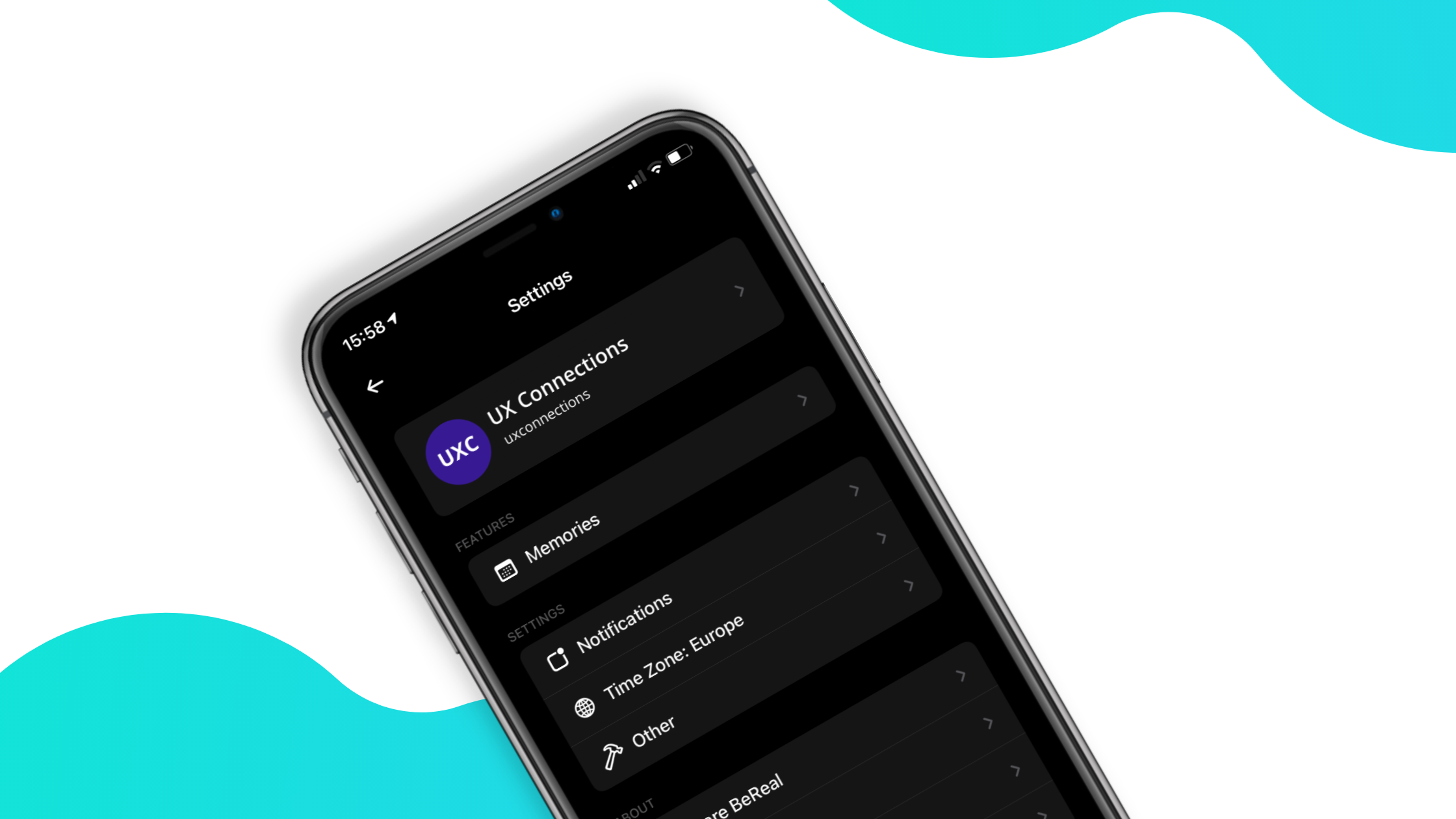 If you’ve used BeReal yourself, comment down below and tell us what you think of it! And, if you’re a UX designer, or just a tech-lover, let us know – do you think BeReal could be improved?

BeReal is great, and I use the app everyday. One thing that I’ve noticed though, that could be improved, is that when viewing ‘Your Memories’ it uses a downward arrow instead of a back arrow which I think would be more suitable and easily understood.

Life at Sea: The User Experience

The Entanglement of Product Thinking and Problem Solving