The subjects—a 63-year-old and a 35-year-old with paralysis were able to type characters and click on the desired location on a mobile device by thought with the uses of an intracortical wireless BCI coupled with an external wireless transmitter.

Early iterations of the system required lengthy tethered connections and suffered a key flaw in hampering the mobility of the participants. According to Assistant Professor of Engineering at Brown University and lead author of the study, the advanced BrainGate system no longer inhibits mobility and provides a leeway for diversified applications in the near future.

“We’ve demonstrated that this wireless system is functionally equivalent to the wired systems that have been the gold standard in BCI performance for years,” said the member of the BrainGate research consortium, comprising of researchers from Stanford, Brown and Case Western reserve universities.

“The only difference is that people no longer need to be physically tethered to our equipment, which opens up new possibilities in terms of how the system can be used.” 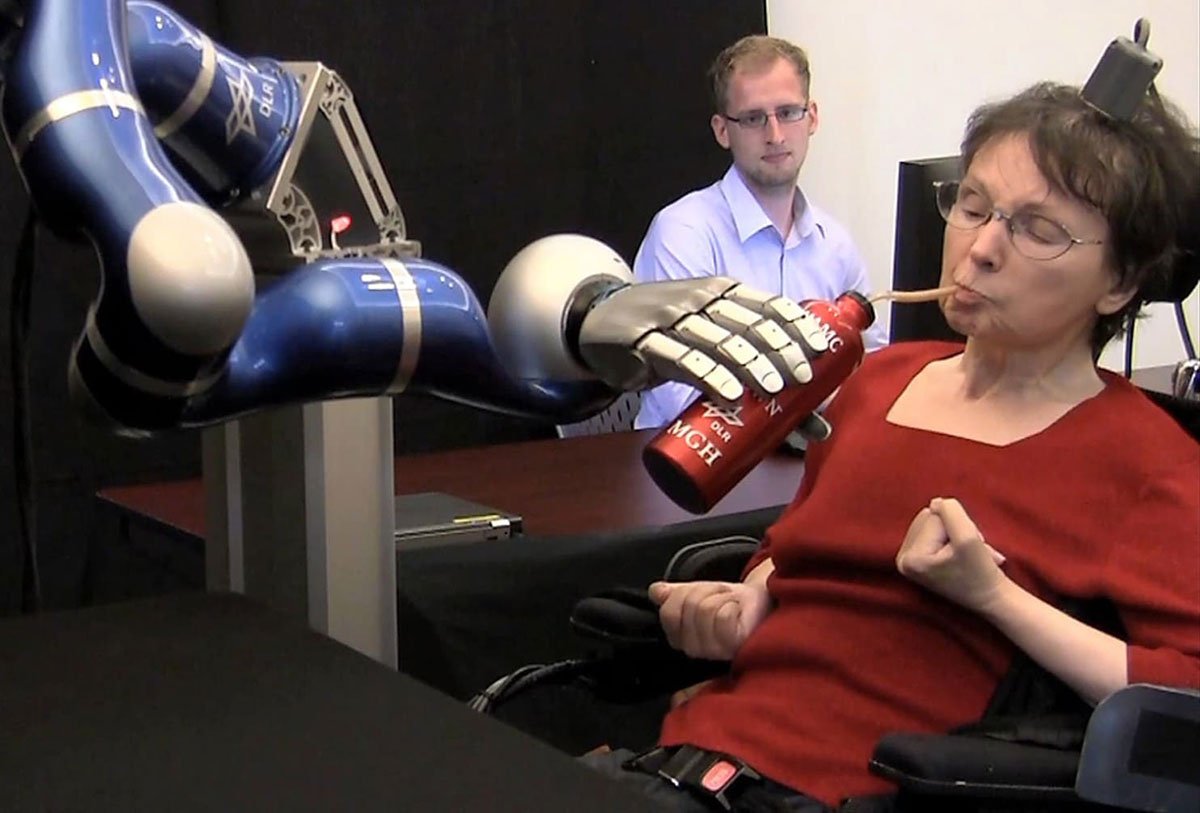 A 58-year-old uses her thoughts to control a robotic arm in a test administered by the BrainGate consortium. (Image: Brown University Press.)

BrainGate’s core objective is to help individuals that have suffered from the loss of motor function (owing to an injury to the spinal cord or through a neurological disorder) restore the ability to seamlessly communicate, interact and function through thought.

The later applications of the brain-computer interface will seek to restore full independence for individuals who have lost motor function. If the BrainGate Consortium’s 2012 research on the use of robotic prosthetics with BCI gives any cue, mind-controlled prostheses may be on the horizon as well.

“The evolution of intracortical BCIs from requiring a wire cable to instead using a miniature wireless transmitter is a major step toward functional use of fully implanted, high-performance neural interfaces,” commented the co-author of the study, Sharlene Flesher.

BrainGate’s system pushes the frontier of the study of BCI and a major step forward in the restoration of control in individuals with serious injuries and prospectively, missing limbs and neurological disorders. This may unfold a new era in science where machines decode and understand the language of the brain.