Many brands, including well-known fashion labels, have come out to support the “BLM movement” in recent weeks. And, although appreciated by many, some have raised their eyebrows at the sudden flood of support, feeling that the same support could have been given years ago.

The question that some want answered is if the level of support these brands are suddenly showing is, in fact, coming from a genuine place or whether it is all a part of a marketing effort to prevent themselves from losing face or, rather, losing customers, for not speaking on the matter. In other words, “performative activism”.

A couple of well-known international brands have been accused of hypocrisy over their efforts to show support towards black people in the wake of the murder of George Floyd, due in part to old stances that some of them held in the past.

British model, Munroe Bergdorf, recently used her platform to publicly criticise L’Oreal Paris for discrediting her frustrations regarding racism in 2017. The brand had terminated their contract with her shortly after announcing Munroe as a new face of its brand because she had decided to speak out against racism in society. They were later accused of wanting ‘all of the glory and capital gains’ of Munroe’s diversity without the added extras in an article by the Independent.

L’Oreal Paris, however, isn’t the only French brand that has been under fire for going public with their support of the Black Lives Matter movement while concealing both their past and present discriminatory acts.

Luxury fashion brand Celine was slammed for “performative activism” after publishing an Instagram post which stated, “Celine stands against all forms of discrimination, oppression, and racism. Tomorrow’s world will not exist without equality for all.” Following the solidarity post, a slew of critics took to their keyboards to make comments about the brand’s lack of diversity.

One of the comments read, “Celine rarely uses black models and is known for not giving their clothes to black stylists and celebrities.” The comment went on to state, “Talk is cheap, we want to see actual change.”

Another comment posed the question, “Does this mean you will start including POC in your campaigns???” 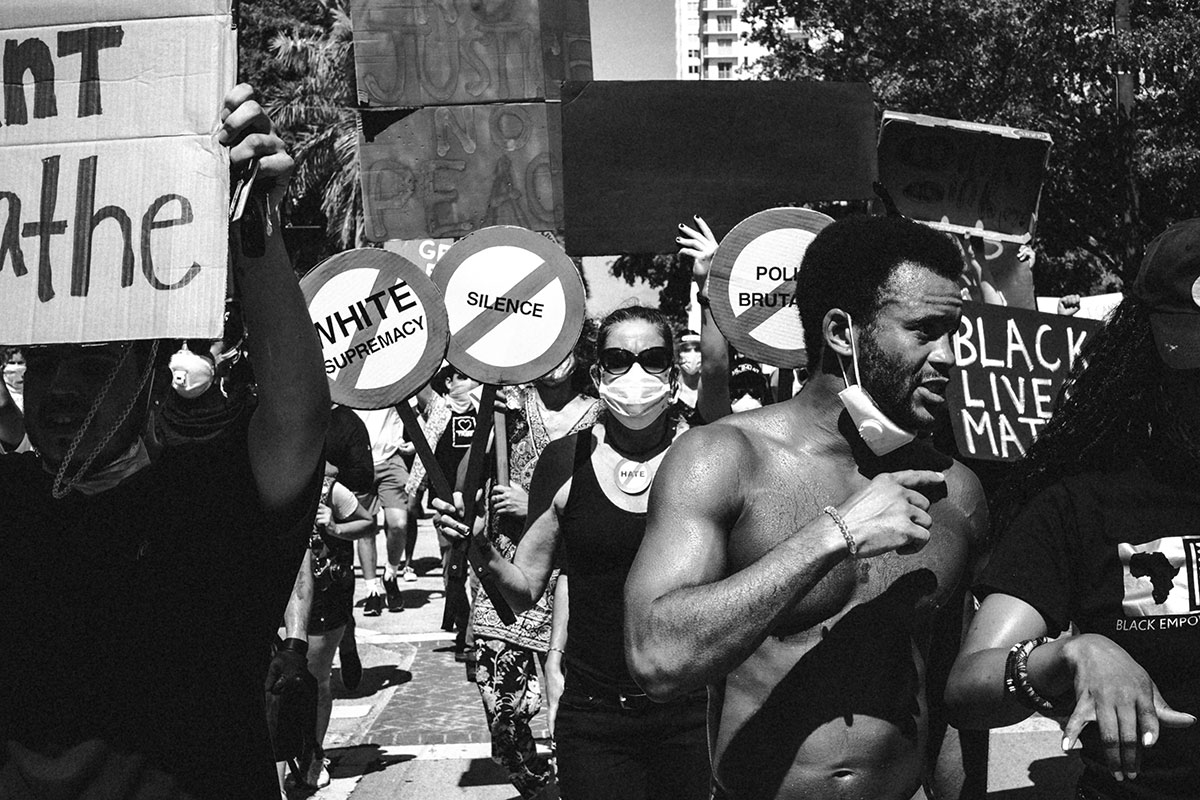 While some brands have faced backlash for past utterances or actions, others have received praise for showing that they will not tolerate racism.

The British brands Yorkshire Tea and PG Tips found themselves joining forces in a public dispute over comments made by some of their customers who had expressed disdain for companies supporting BLM.

Both stated in separate posts on Twitter that customers who were against their support of black lives should find other tea brands to spend their money on.

While there are individuals who have accepted their efforts, others have expressed that their scepticism stems from the fact that a lot of the companies who are now showing support had not done so previously, and that it’s simply not enough to just tweet or post that black lives matter. They want to see active action and drastic change. Like one of the comments underneath the French brand, Celine’s solidarity post on Instagram mentioned, “Talk is cheap”.

In the same post ordering customers who did not approve of their support of black lives, Yorkshire Tea ensured the public that they are willing to plan proper action, as well as educate themselves, before posting in the future.

It is unclear which companies are genuinely interested in supporting the BLM movement and which ones are using it simply to make profit as the lines appear to be very blurred. There has, however, been an undeniable shift in the way black people are being represented and treated on several platforms. Especially following a collection of footages showcasing the mistreatment of black people by police especially in America circulating both mainstream Media and Social Media spaces.

While some brands, as well as individuals, have made a conscious effort to change their ways, time will be the most telling factor in determining whether these changes are authentic or, in fact, just a series of performances that will be left in the dust once something “more trendy” comes along.

Next week, we’ll be following up this article with some ideas on what businesses can do to support the BLM movement.