Burgers and blood: the emerging world of drone delivery

While the UK and US are still waiting for Amazon Air Prime, elsewhere in the world, drone delivery is taking off.

The world’s first commercial drone delivery was made by Amazon in December 2016. A TV streaming stick and a bag of popcorn was flown a mere 1/2 mile to a garden in Cambridge, taking only 13 minutes from click-delivery.

Strict rules and regulations limit what Amazon and the like can test in the UK, and will ultimately slow down any launch of wide-spread drone delivery services.

However, elsewhere in the world – drone delivery is taking flight.

Sushi in the Skies of Iceland

If you dream of takeaway descending from the heavens, you might want to move to Iceland.

Flytrex has partnered up with AHA (Icelandic Just Eat) to launch takeaway drone deliveries in Reykjavik. 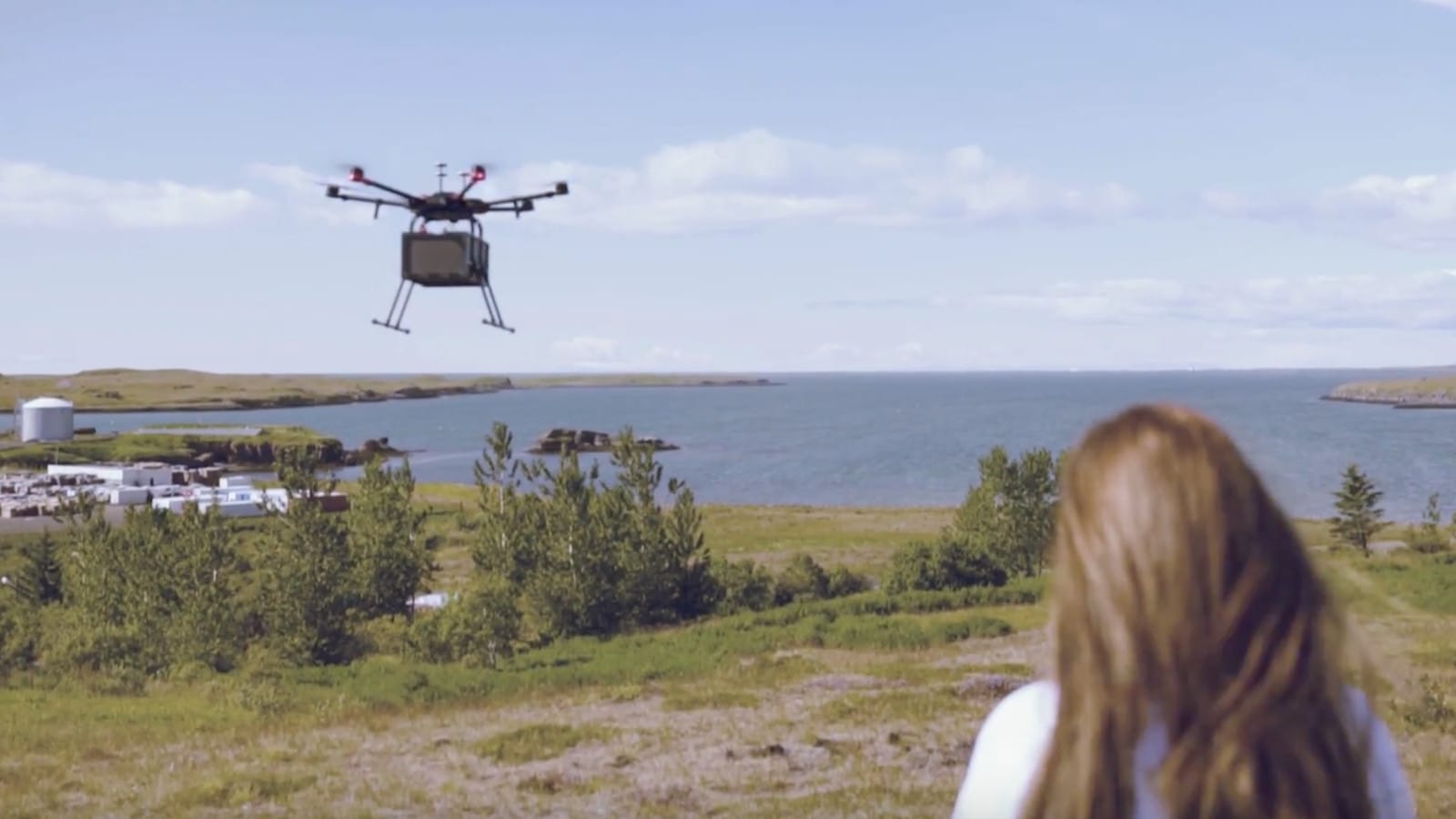 The scheme is set to be faster, cheaper and better for the environment (the drones are electric).

Reykjavik is a city divided by a bay so conventional vehicles have to navigate along the coastline. Drones however, can cruise across the water. A delivery which would have been a 25 minute drive is now a 4 minute flight – which isn’t even enough time to let food cool down enough to eat.

Currently, the drone lands in an empty field in the neighbourhood to be met by a courier, who then takes the food the last little step to the customer’s door.

In the next stage however, drones will deliver straight to the customer’s backyard. Like UberEats or Deliveroo, the customer will have an estimated time of arrival and the drone’s current location. Once it’s reached its destination, the drone will hover and lower the goods to the ground.

It’s cited as the first operational on-demand urban drone delivery service. Other tests and services have largely been restricted to rural areas, for obvious reasons. Flytrex CEO, Yariv Bash emphasised the fact that it’s: “a working system, not a one-off wonder.”

Blood and Drugs in the Clouds of Tanzania

While piping hot takeaway will improve the quality of life for many a hungry Reykjaviker, elsewhere drones are literally saving lives.

Zipline launched in October 2016 – well before Amazon made that newsworthy delivery – in Rwanda and has since made 1400 deliveries of 2,600 units of blood to remote hospitals in the country. 25% of those deliveries were for emergency services, a stat which illustrates the importance of the service provided by Zipline. 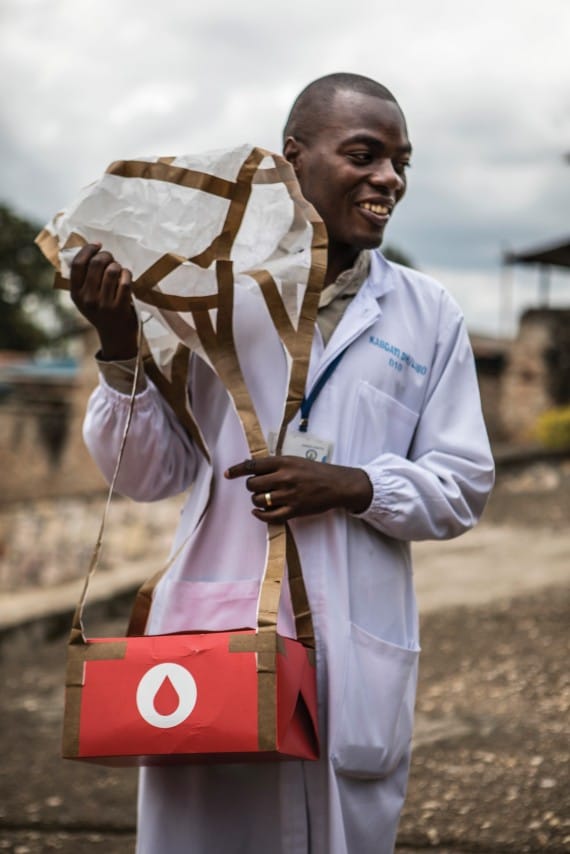 Doctors and nurses can request blood via text message, call or WhatsApp. The blood is then packed onto a Zip, the company’s own autonomous plane-like drone, and flown to where it’s needed. Once arrived, the package is gently dropped by a parachute and health workers receive a text message alerting them.

It’s a smooth process that takes a mere 30 minutes on average, in all weathers – even hurricanes. In a country with poor infrastructure, frequently made impossible to cross by ground vehicle in the rainy season, this technology has greatly improved the quality of medical care.

It’s now taking its drones to Tanzania, in the hope to increase its services and work on a much larger scale. Roughly 35 times larger than Rwanda, drones will be serving 1,000 health centres – a big leap from the 12 clinics in Rwanda.

He said: “So many people think that the paradigm for technology is that advanced technology, like robotics and artificial intelligence, gets designed by and for rich white people and then it trickles down to places like Africa.

“This is totally turning that paradigm on its head. Rwanda and Tanzania are leading the world in terms of showing how you can use robotics to save lives in a really direct way.” 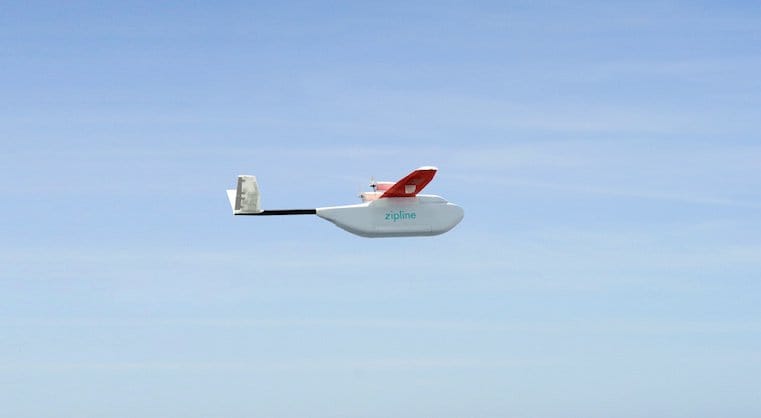 Landing in the UK?

Largely rural or suburban with plenty of open space – countries such as Rwanda and Iceland are the perfect places to launch drones for now. Zipline wants to expand into America, where rural healthcare remains a huge challenge, and Flytrex has already started seeking approval to test their drones around high-rise buildings in European and South American countries.

From there it won’t be such a huge leap to that life-changing drone delivery of your groceries or takeaway.

Amazon originally wanted to launch Prime Air as early as 2018, but recently stated that “until we are able to demonstrate safe operations”, they will not be launching. As with any type of disruptive technology, even if the technology is there, the regulations might take a while to catch up.