Can Fitbit’s Ionic compete with the Apple Watch?

Since its launch three years ago, the Apple Watch has been the main player in the smartwatch market. But can Fitbit change this with the launch of their ‘Ionic’ smartwatch?

Focusing at first on the smartwatch’s cheaper alternative, the fitness tracker, Fitbit has enjoyed a healthy few years at the top. That is until sales started slowing down.

While in the second quarter of 2016, Fitbit sold 5.7million trackers, in the same period this year only 3.4million shifted. Clearly, consumers needed inspiring again.

And that’s what the new Ionic is about. Fitbit has experimented in the past with Blaze – a wearable that occupied the uncomfortable territory between smartwatch and fitness band – but with third-party app support, the Ionic is the fully-fledged real deal.

At the same price as the Apple Watch, but with twice as much battery life – it already seems like a tempting option to those in the market for a smartwatch. But how does the rest of it match up?

The biggest difference between the Ionic and previous Fitbit iterations of the smartwatch is the third-party app support, but in its early days – this is limited.

Users will strap it on with just four pre-loaded apps – Strava, Accuweather, Starbucks and Pandora, all useful – but limiting to Spotify or Apple Music subscribers who’ll have to manually side load their own music to take advantage of the 2.5GB of storage space.

Plus, while it can notify you of texts, emails and calendar alerts coming through on your phone, there’s no way of really interacting with these in the same way you can on an Apple or Google watch. While most people would probably rather text/email/reschedule from their phone anyway, it keeps the watch a step away from seamlessly merging with the rest of your life.

However, it does fulfil a smartwatch-must – coming with a NFC chip for contactless payments. With music storage and built-in GPS, users don’t need to take their phone with them on a run and this feature negates the need for a wallet too.

As a fitness company, Fitbit has quite naturally focused on the health/activity tracking features – something which it could even be ahead of Apple on.

It’ll guide users through customised workouts with on-screen instruction, track swims and automatically recognise what exercise wearers are doing. Their “PurePulse” heart rate sensor has also had an update, now tracking heart rate for activities such as running and cycling more accurately. 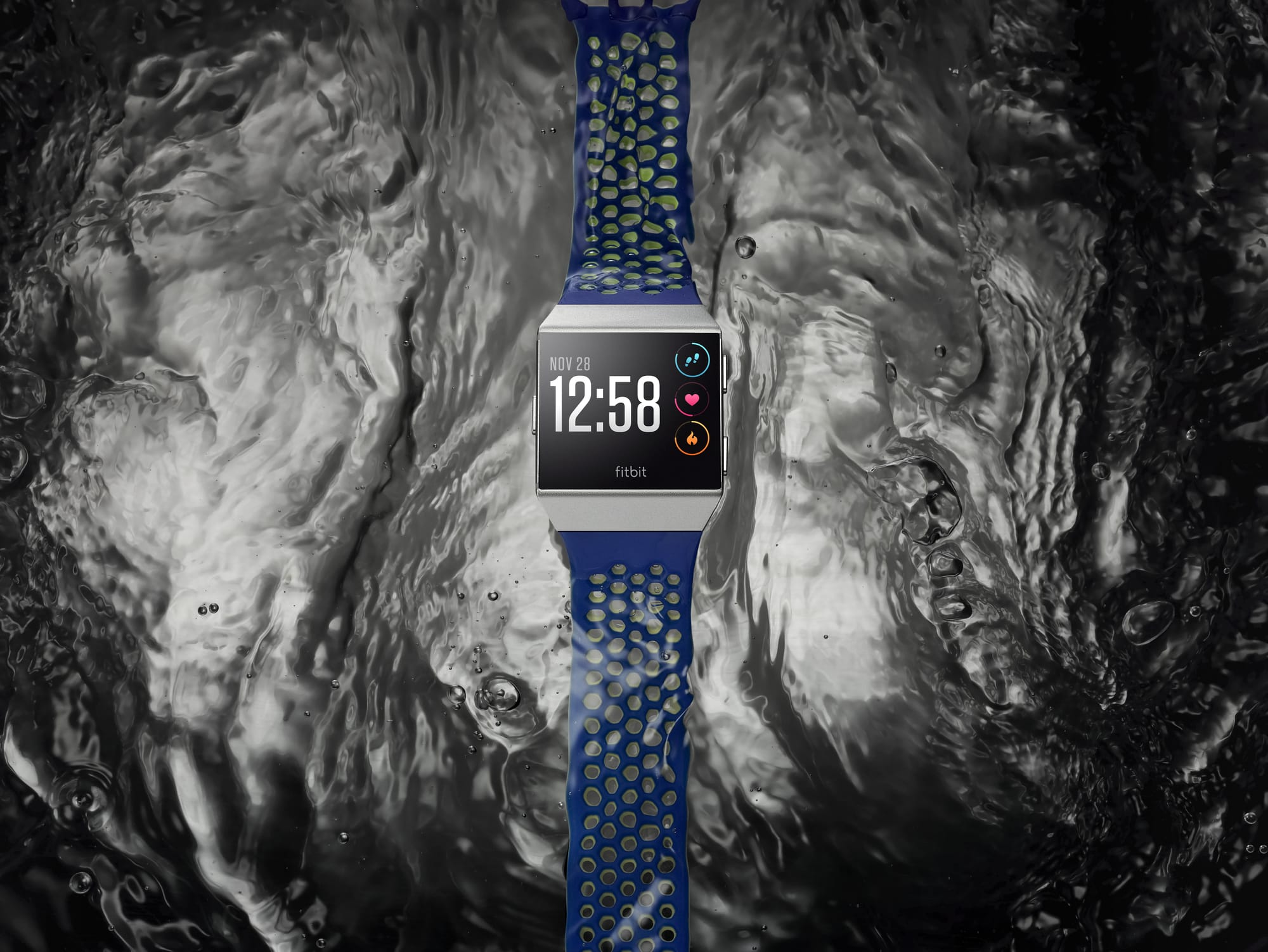 Perhaps the feature with the most potential however, is the SpO2 sensor. Using lights and receivers to analyse the colour of blood, the sensor can determine its oxygen content.

While taking up a lot of engineering investment – this will be collecting near-useless data at launch. However, with later software updates, it could potentially reveal insights into a user’s health not seen in a wearable before – diagnosing sleep apnea for example.

One of the most common causes of sleep disruption, sleep apnea is condition by which people briefly stop breathing during sleep. When a breath is missed, both the oxygen levels and heart rate alter – things that the watch could pick up on.

With a vast well of heart rate data – the Ionic could even get clever enough to warn users to get checked out at the doctors if it thought it saw signs of sleep apnea or even other heart disorders such as atrial fibrillation. Having your watch looking out for you is a comforting thought.

So can the watch do it?

The offerings in terms of connectivity aren’t nearly as good as the Apple Watch – which is expected to get even better later this year.

However, with the focus on sport, and the potential to offer unique health analysis – the Ionic could compete. After all, Ramon Llamas, research manager for wearables at IDC points out to FastCompany’s Sean Captain that fitness trackers have to keep providing new insights “because one you’ve nailed getting your steps enough times, what is the next incentive?”