Its alright, Brexit means we can still make memes in the UK… Right??

Dubbed the ‘meme killer’ online, the latest controversial development from the EU is surprisingly not Brexit related.

The new Copyright Directive, to call it by its proper name, is a piece of law that aims to update copyright law for the digital age.

The original proposal was met with heavy criticism, in particular articles 11 and 13 on the directive, referred to as “link tax” and “upload filter” by opponents of the measure. MEPs ultimately voted to reject the directive back in June.

Article 11 aimed to give publishers a way to claim money when a search engine like Google linked thier content.

Article 13 – the meme killer, is a piece of legislation that changes the responsibility for preventing copyright protected content from being uploaded to the platform host rather than the user.

That means it is YouTube and Facebook’s job to prevent people posting copyright protected images.

YouTube already has systems in place to check video content uploaded to the site for copyright music use.

Originally, smaller companies would have had to also obey the rules, which would have been very strenuous on small platforms.

Changes to the legislation mean they are now exempt.

While this use may very well be completely legal under fair-use policies and parody law, machines looking for copyright content won’t be able to tell the difference. 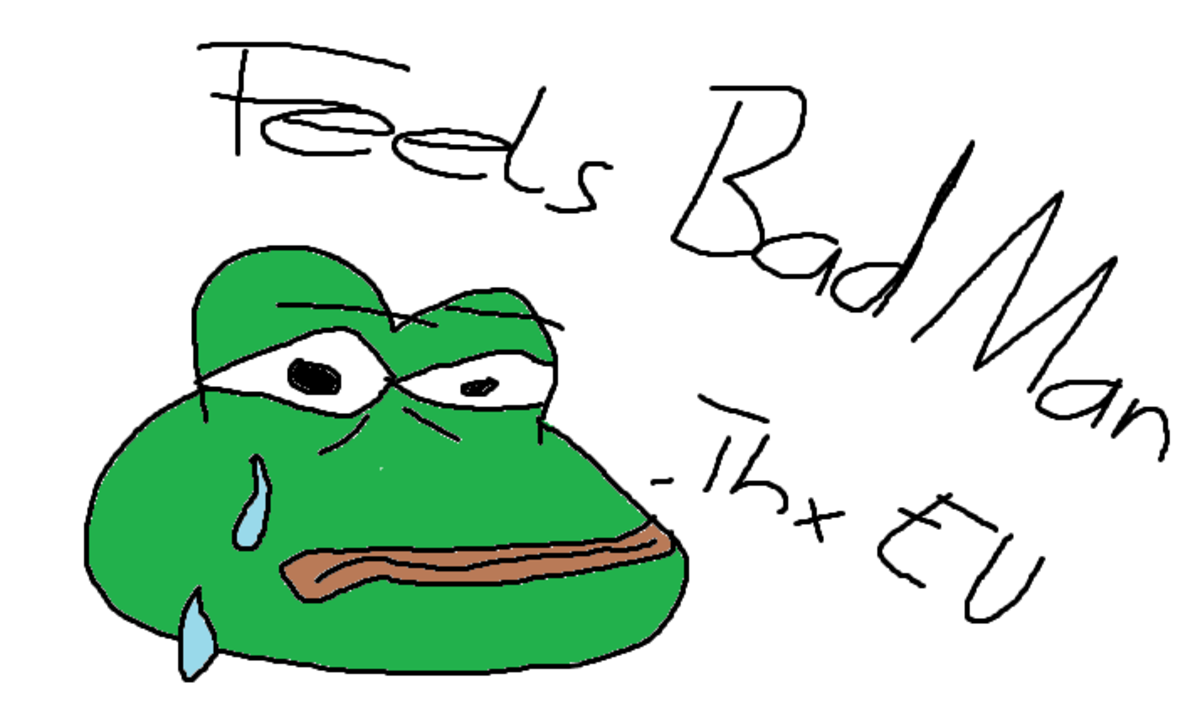 A recreation of the popular ‘Pepe the Frog’ meme, created by a 4Chan user.


Its not all about Pepe the Frog, there are serious human rights concerns over Article 13.

Article 13 drew an incredible volume of serious opposition as well, including a letter, which was signed by 57 institutions including the Helsinki Foundation for Human Rights, the Human Rights Monitoring Institute and Human Rights Watch.

Tim Berners-Lee, the inventor of the internet, has come out in strong opposition of article 13 in the past.

This time, the vote for the directive passed, carrying with it an amended article 11 and 13. Voting stood at 438 in favor and 226 against.

Critics maintain that the system outlined by the copyright directive is open to abuse by copyright trolls.

The Copyright Directive still requires a final approval by the European Parliament that is scheduled for January of the coming year.

If approved, the move will signal a major shift in power for larger tech companies.