Coworking spaces – the alternative to mainstream offices (Part One)

As the work paradigm is nowadays changing, co-working spaces and communities are not just a trend anymore. They are here to stay.

We definitely live in an age of information. Facing times of change and adaptability, classic jobs and technical skills alone are being overcome by a combination of hard and soft skills, which creates more complete skillsets. Statistics show that young people change their jobs or professional interests more often than before – when one used to have the same job for maybe decades.

In this context, professions are rebranded, freelancing is on the increase, young individuals venture themselves more into becoming entrepreneurs, new ideas are replacing the existing paradigms and start-ups fill places which big enterprises haven’t absorbed yet. Therefore, people sometimes need a stimulating environment, a vibrant atmosphere, or sometimes just a private desk where they can work at their own pace.

For these people, the mainstream corporate environment seems to be uncomfortable. They want to work according to a self-imposed schedule, establish networks and avoid routine, without tight rules set by rigid bosses. As for new entrepreneurs, they often can’t afford to rent large office spaces or they are simply not willing to.

Luckily, there is a popular alternative to “hamster-wheel” type of desk-jobs and it’s called “coworking”. In a nutshell, coworking spaces are shared environments, where people can work independently, establish networks easier, swap ideas, knowledge, contacts. The range of people who choose to work within those spaces is wide, from freelancers and entrepreneurs to even corporate workers. 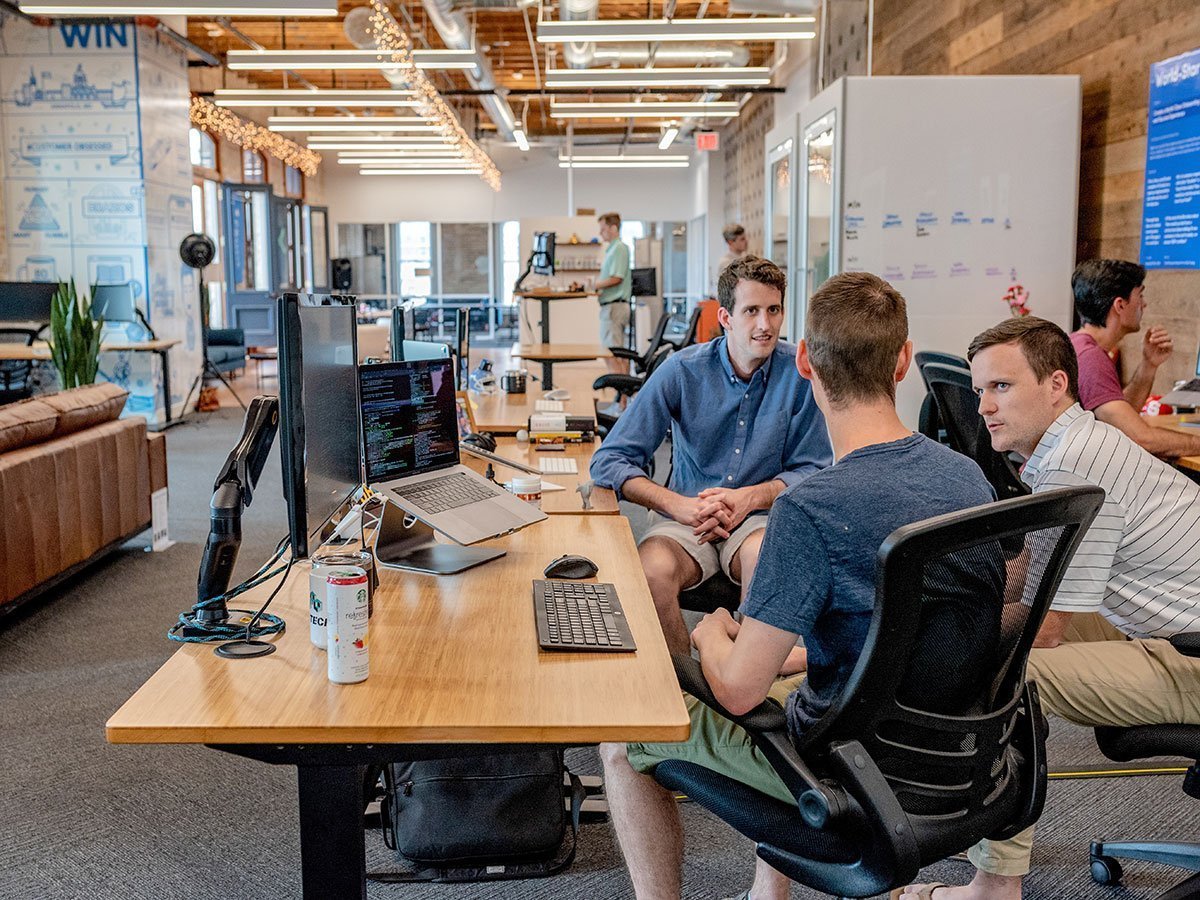 What does “coworking” mean?

The word “coworking” (without hyphen) was defined in 2005 by Brad Neuberg, a programmer who set up the first space of this sort, in San Francisco. During the next year, his idea went national. As we speak, there are thousands of coworking spaces or hubs around the world, and even if they differ sometimes, in terms of organization, design, community or size, their main characteristic is that they are a logical reaction to the classic, formal offices, where strict rules, routine and monotonous atmosphere can restrain productivity, creativity and the flow of ideas.

It can be said that coworking spaces suit the needs of their members in a better way than classic office spaces. This is because a place like this combines private, individual offices, if this is what you need, with large, common areas where you can get involved in round-table discussions, openly and informally. Further facilities can include conference rooms for rent or office equipment, depending on the size and notoriety of the place.

If you frequent a coworking space, you can also meet interesting people, connect with them and share ideas over a cup of coffee, as these places have shared kitchens as well, or so-called “coffices”. On the other hand, if you’re a start-up founder, you don’t need a whole office building for your business. Instead, you can just use the services of a coworking space, which are usually cheaper.

All in all, we can easily observe how the coworking trend is growing. Even some multinationals and large corporations started to implement this trend within their own office environment because they noticed that it’s useful, productive, and it benefits the employees. It remains to be seen, in the near future, whether this will be a new strategy for all corporations or coworking spaces will slowly attract everyone from corporate offices. Either way, it is certain that things won’t stagnate.

But is there more to coworking spaces than just joint work? Well, some coworking spaces aspired for more, so they became hubs, sometimes called social start-ups. In time, by constantly organizing events, conferences or leisure activities, these hubs generated stimulating communities. Which brings a new light on the concept of coworking and the role of this phenomenon in present society.