It might seem a little morbid but designing sustainable facilities for the afterlife is a growing necessity in urban areas – just watch out for the price tag!

The world’s human population is aging – we are now living longer, healthier lives. Even the way we view old age is changing. We are now viewing the elderly as a whole new market, and tech companies are keen to produce for this expanding group. But we humans are not satisfied with a healthier and happier old age – we are fighting old age (and perhaps death) altogether. New research hopes to prevent degeneration as we age, and consequently allay that nagging death anxiety that plagues us all.

Despite new technology that hopes to chase away the spectre of death, our demise is still – at this time – inevitable. Western culture prefers to conceal death behind clinical walls: hospitals, hospices, funeral directors, crematoriums. But the reality of death is something we cannot afford to deny. The increasing number of elderly people means an increasing number of yearly deaths. In the UK, 68.5% of all deaths occur within the 75+ category. This equates to 341,620 deaths in the 75+ age group in 2017. And in urban areas in particular, there simply isn’t the space for sprawling graveyards or the open expanse of crematorium gardens.

There is, however, a solution: hotels for the dead. For those who don’t want to go the environmentally (and wallet) friendly eco-burial way – where ashes are scattered at sea, in woodlands, or at some cherished location – a hotel for the dead (or columbarium) could be a more luxurious answer. 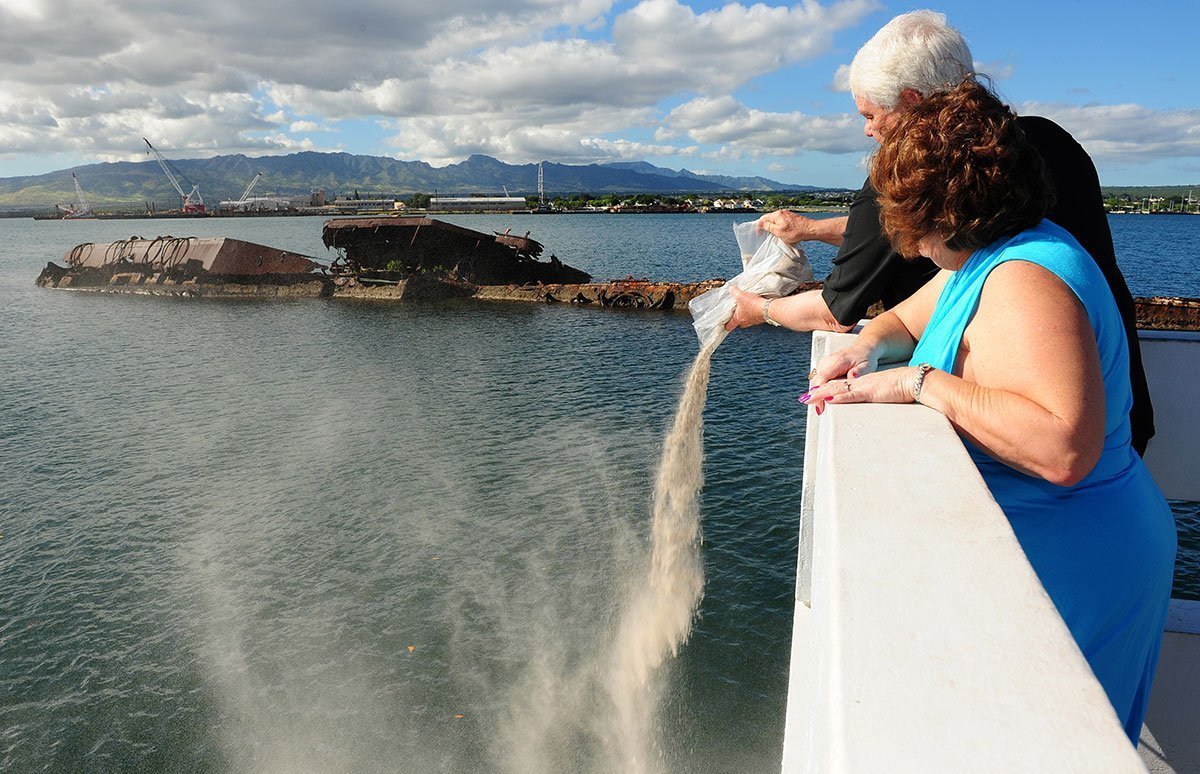 According to the Cremation Society of Great Britain 2018 statistics, approximately 78% of people in Britain opt to be cremated. And once cremated, a 2016 YouGov poll says that 7% of people want their ashes kept. One way of honouring loved ones’ wishes could be to set them up in a plush hotel for the dead. The True Dragon Tower in Taiwan is striking example of this lavish accommodation for the deceased. But be warned – whilst it might save on space, it doesn’t come cheap.

True Dragon Tower is designed like a swanky hotel with different themes and high end décor for each floor. One of the floors was designed by international architect Tadao Ando, featuring porcelain materials with a white colour scheme for a heavenly theme. According to Quartz, the building stands at 20 storeys tall and is the largest columbarium in the world. It has the capacity to house the ashes of 400,000 people.

The design thinking is cleverly augmented to take advantage of people’s desire to have a fixed place of internment, where loved ones can visit and tend to the place of rest. Lung Yen Life Service Corp are the second biggest funeral and cemetery service in Asia. They have made sure that their hotel for the dead caters to all faiths and scoops up those not lured by the cheaper eco-burial options, all whilst offering a space saving facility in a tightly packed urban area.

But all that luxury doesn’t come cheap. Speaking in 2014, Lung Yen’s founder, David Lee, said that prices for niches (the internment spaces that hold the ashes in urns) run between NT$300,000 for one person and NT$12.5 million for large family niches. By today’s exchange rate that works out as £7,796 for an individual niche and £324,976 for the family plot. And if you’re especially concerned with your loved one experiencing a luxurious afterlife, Lung Yen Life Service Corp also offer a spa service. Families are welcome to watch as their deceased loved ones are given a cleanse, massage, hair dye option, and manicure.

Whatever your afterlife preference there is a market to meet it, and savvy designers and commercial companies are cashing in on people’s desire to have a firm place of rest. Although burials are gradually falling out of fashion across the East and the West, we still need to consider how to lay our dead to rest in our ever-shrinking urban spaces, as not everyone is happy to have their ashes scattered to the wind.

Whilst luxurious hotels for the dead might be beyond most people’s budget, perhaps a hostel for the dead would do just as nicely.