Farewell iPod Nano and Shuffle – what can we learn from you?

Apple declared yesterday that they were ‘simplifying’ the iPod line by discontinuing the Nano and Shuffle. Practically icons of the gadget world, how did they shape today’s tech?

About 16 years ago, a small rectangular device changed the way the world consumed music.

Containing a measly 5GB of music, Apple’s iPod was simple, fun and yet undeniably powerful.

While it wasn’t the first MP3 player by a long stretch, its focus on UX and many forms and variations changed the world. Users were able to keep their entire music library in their pockets, and with the iPod Nano and Shuffle variations, the technology became widely accessible.

Now, after 12 years of service, Apple announced that “We are simplifying our iPod lineup with two models of iPod Touch now with double the capacity starting at just $199 and we are discontinuing the iPod Shuffle and iPod Nano.”

Gadgets before the iPod were undeniably clunky. Loaded with unnecessary buttons, the original MP3 players were popular but not revolutionary.

The iPod in contrast was something of space-age design. Smooth, sleek and white – it doesn’t come as a surprise that the original inspiration were the pods from 2001: Space Odyssey.

The biggest change? Replacing the buttons that cluttered other devices with a simple click wheel.

Being a singular element, the wheel enabled intuitive navigation through the menus – a tactile feature that could be operated single-handedly within a pocket or without even glancing at the screen.

It’s a design feature that made the iPod convenient for being on-the-go, but also made it accessible for those who might struggle with buttons – visually-impaired music fans for example. While Siri helps out on the iPod Touch and iPhone, nobody wants to have to say “Siri, skip this track” out loud every time you want to skip a song. 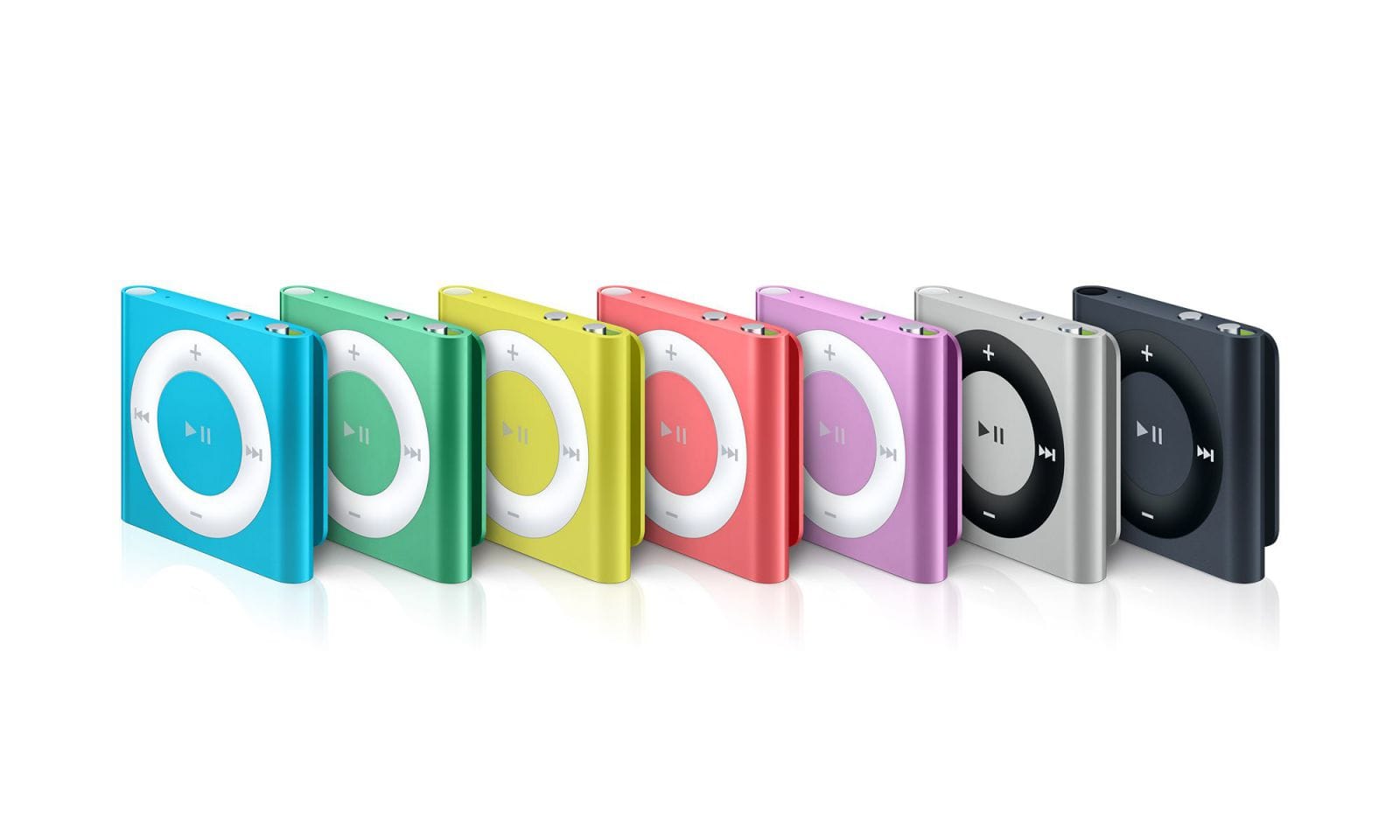 Later versions were even simpler – the shuffle lost the screen completely.

While on paper the screen was a selling point for the Classic and Nano – allowing ultimate control over your music library – the Shuffle’s stark simplicity became a near cult hit with athletes and the like.

Low-cost, ultra-lightweight, small and, most importantly, equipped with a clip, the shuffle removed the need for pockets – making it the perfect workout accessory, especially when it became waterproof too.

“For my money the Shuffle is still the simplest and most reliable way to get music into my head quickly as I’m headed out the door for a run.”

Runners, cyclists, swimmers, hikers – none of them want to be distracted by finding the perfect song, nor risk a dreaded smashed screen.

Even today, people are huge fans. Fast Company’s Mark Sullivan said: “I still use my Shuffle every time I get frustrated with my fancy watch-and-wireless-headphones setup. For my money the Shuffle is still the simplest and most reliable way to get music into my head quickly as I’m headed out the door for a run. I will be searching around today to find a new Shuffle to buy, while supplies last.”

Ultimately, it’s the lack of internet-connectivity that prompted Apple to kill the Nano and the Shuffle.

The last devices truly relying on iTunes, buying and storing music feels almost out of date in the streaming era. And why have an iPod when your iPhone can play music too?

But for many, this is the beauty of these devices. Users canOut on a run or bike ride – there are no distractions from push notifications or interruptions from phone calls.

In a connected world, the thought of disconnecting is more than appealing sometimes, and these iPods allowed you to do that.

What can be learned?

There are many lessons to be taken from the iPod – we haven’t even discussed the revolutionary iTunes store, or how the slow removal of buttons and enlarging of the screen helped pave the way for touchscreens.

You can learn from the success of their minimalist design – the tactile touch wheel could still have a place in gadgets of the future, especially for the visually-impaired.

Or, surprisingly, you can learn about the appeal of unconnected devices in an overly connected world.