What could turn respected scientists into a picture of excitable kids on Christmas Day? The mystery of fast radio bursts and the race to solve their hidden origins.

The anticipation is almost too much to bear for the astronomers who are eagerly waiting to unwrap the mystery of fast radio bursts (FRB).

Clues and evidence are mounting up and theories are abound, but no-one really understands what (or who – yes E.T. could be the culprit) is causing these deep space signals.

The extraordinarily powerful but brief bursts of energy were first discovered in 2007. Since then, large telescopes like CHIME have been able to detect FRB in ever greater numbers – and some signals are even repeating.

However, with telescopes like CHIME in Canada and Caltech’s Owens Valley Radio Observatory in the US, even non-repeating FRB have been traced back to galaxies up to 8 billion light-years away. 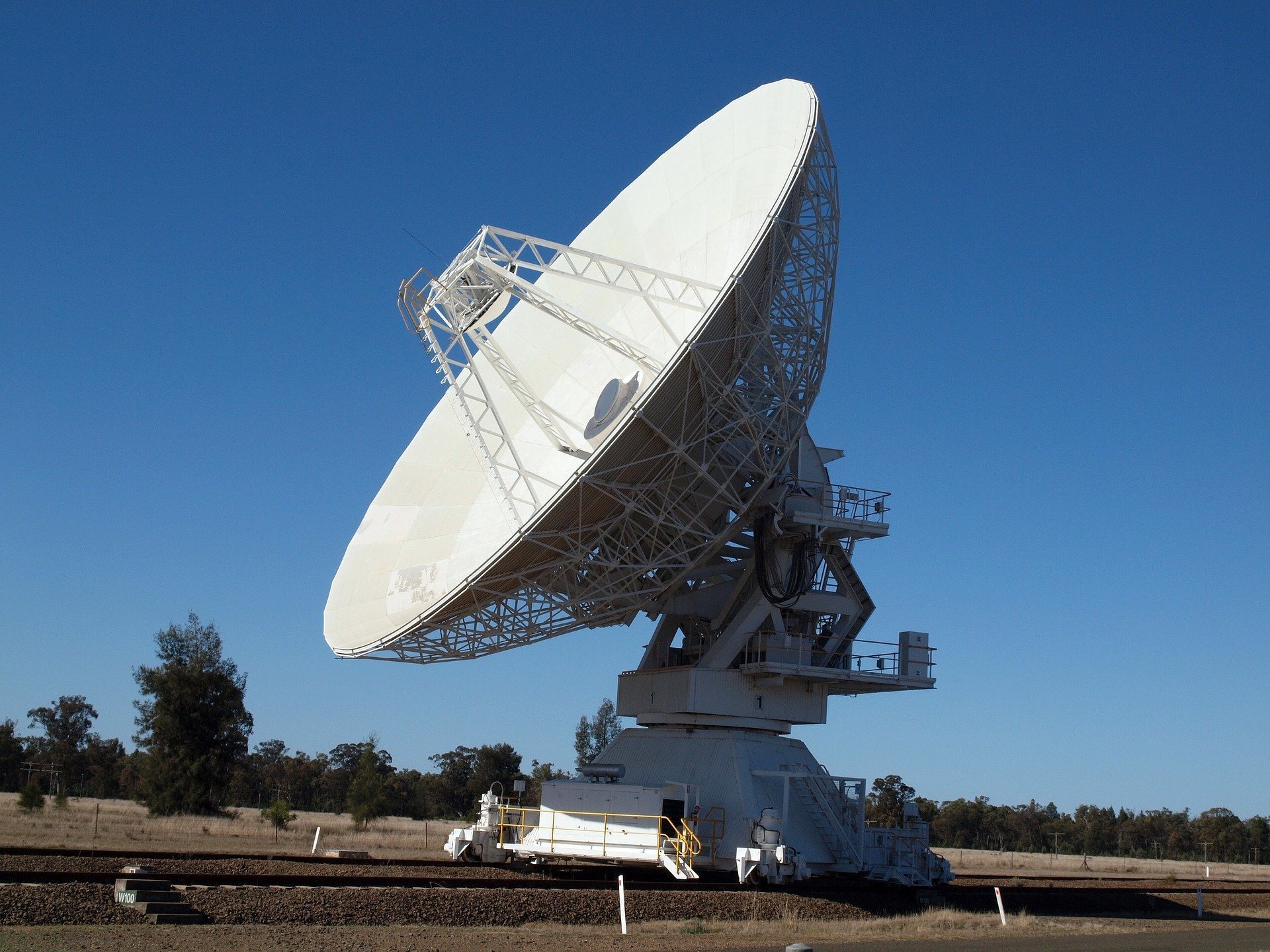 But what is causing these brief and intense radio waves? That is the million-dollar question that scientists are eager to answer.

They know FRB exist; they know they are more common than previously thought; they know the signals travel great distances; and they know that FRB are packed with an energy that rivals our sun. But the unknowns are even greater in number and this is sparking lively debate.

These unknowns are a veritable playground for scientists. This is where evidence meets imagination and possibilities are explored.

Could the waves be emitted from alien spacecraft? Are they the result of cataclysmic events from billions of years ago? Do they have many different causes, or is there one precursor to these powerful bursts?

Scientists are hoping that some answers will come from using even more powerful radio telescopes like the Deep Synoptic Array (DSA), which is due to open in 2021. The full DSA will consist of 110 radio dishes and will expand on the previous model which only has 10 radio dishes. The powerful range of the DSA will allow scientists to detect and trace FRB to the host galaxy in a matter of days.

But why should we mere earthlings care about FRB?

In a world where the internet has made global knowledge just a click away, and social media allows us to see into every aspect of strangers’ lives, the expanse of space still gives us that much needed sense of mystery and wonder.

There are vast cosmic oceans of unknown out there. Sometimes, it’s nice to look up from our devices and enjoy the wonder of the galaxy we live in and marvel at all the galaxies beyond.

Our skies are filled with invisible bursts of powerful energy from unknown origin. Take some time to indulge in a little bit of humbling mystery.