EA finally presented the next chapter of its videogame saga, FIFA 22- which this year highlights its latest gameplay technology: HyperMotion.

HyperMotion Technology uses machine learning to give a truly profound realism to movements and animations. More in specific, this technology considers various elements of a football match: movements with or without the ball, ball control, contact between players and so on. According to EA, FIFA 22 will reach a new level of football simulation.

According to EA Sports statements, a technological suit called Xsens (produced by the homonymous company and used as early as FIFA 16 to capture the movements of Leo Messi) worn by professional athletes was used to collect and process data through HyperMotion Technology.

For FIFA 22 the number of players involved has obviously grown, recording the behaviour on the pitch of stars such as Kylian Mbappé, Trent Alexander-Arnold, Christian Pulisic, David Alaba, Eden Hazard, Marquinhos, Marcelo, Heung-min Son, Vinicius Junior , Phil Foden and others. 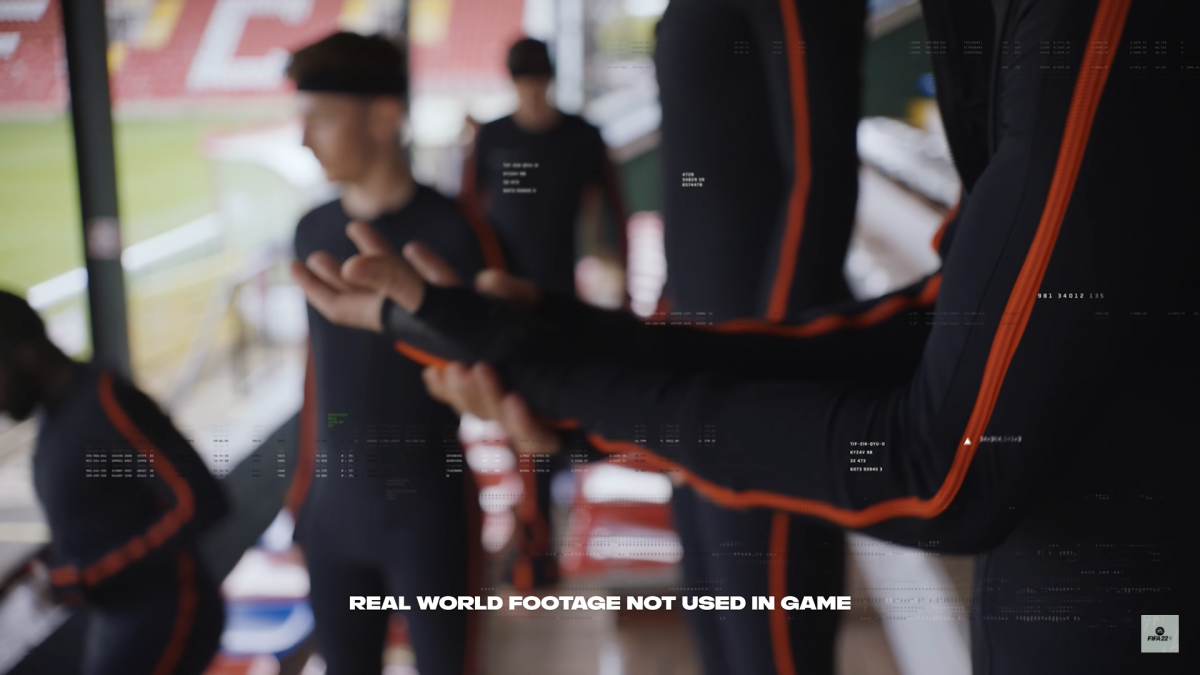 “The Xsens suits allow for the first time to capture the movement of 22 professional footballers playing at high intensity. The resulting volume of unprecedented data on real human movement enhances the way individuals and teams move in FIFA 22”.

EA Sports thus managed to collect the data of 22 professional players engaged in the football pitch all together, equipped with the special suit to capture data regarding real game actions. The amount of data generated should then translate into the gameplay phase in the possibility of generating more realistic animations generated in real time, thus giving life to a new series of movements on the pitch.

More in detail, we are talking about over 4000 animations, which according to the developers should be able to improve all the various aspects that make up both the set of movements that belong to individual players and to the team as a whole.

We are still waiting for an actual gameplay preview to be released, but if these are the premises of the new HyperMotion Technology, we are really curious to find out how it will work in the game.

However, this technology will only be available on PS5, Xbox Series X/S and Stadia. In other words, it is a feature that is mainly thought for the next-gen game experience.

While we await a focus on the gameplay on July 22 during EA Play, a digital conference of the gaming giant, at the moment we only know that FIFA 22 will be released on October 1, 2021 on PC, PS4, PS5, Xbox One, Xbox Series X/S , Stadia and Nintendo Switch.