In the Future in Films series, we will focus on the tech we see in popular films and whether this is available in the real world. Our first instalment will put Iron Man in the spotlight as we look at Tony Stark’s impressive array of high-tech assistants that aid him in running his uber successful weapons business, Stark Industries.

JARVIS (voiced by Paul Bettany) and his successor FRIDAY (voiced by Kerry Condon) are Tony Stark’s trusted artificial acquaintances. JARVIS allows Tony to build and create within his lab as well as being a personal assistant. In the first film, Tony’s girlfriend – Pepper – says that JARVIS “runs the home” and throughout the MCU we see the billionaire’s dependence on his assistant.

Elements of JARVIS’s functions are already seen in the AI that we have today whether that is Alexa, Google or Siri. Stark is able to give commands like “tell me about this thing’s composition,” and JARVIS will use connected hardware to examine the item – in this case, a scepter – and reply with its components. With the right hardware, this is well within the grasp of current voice assistant technology that we have today. Beyond this though, JARVIS displays much higher levels of intelligence than is currently available as we find out that “he runs more the business than anyone but Pepper” who is CEO of Stark Industries. Even the most impressive AI available to us now could be left in charge of a multi-billion-dollar company.

Another less believable element of JARVIS and, moreover, FRIDAY is their conversational ability. JARVIS is able to make witty and sarcastic comments to Tony as well as respond with no need for specific ‘wake words’ or summoning that we currently have to use. This creates the effect of interaction with a real human as opposed to an artificial entity. In fact, in Spiderman: Homecoming Peter Parker is left alone with FRIDAY and essentially has a long conversation with her about his life and problems that he is currently dealing with at school. The closest that we have to this currently is chatbots which have developed rapidly over recent years to become a regular aspect of customer services in most businesses. However, chatbots are still clumsy and obviously inhuman which is not the case for JARVIS or Friday.

EDITH, standing for Even Dead I’m The Hero, is Stark’s “augmented reality security and defence system” which is embedded into a pair of glasses with voice assistant equipped that he hands down to Peter Parker AKA Spiderman. EDITH has similar functionality to the aforementioned JARVIS and Friday and has access to the Stark global defence network along with backdoors to major telecommunication networks too which provides the wearer with a heads-up display of everyone in the vicinity’s current action on their mobile device. 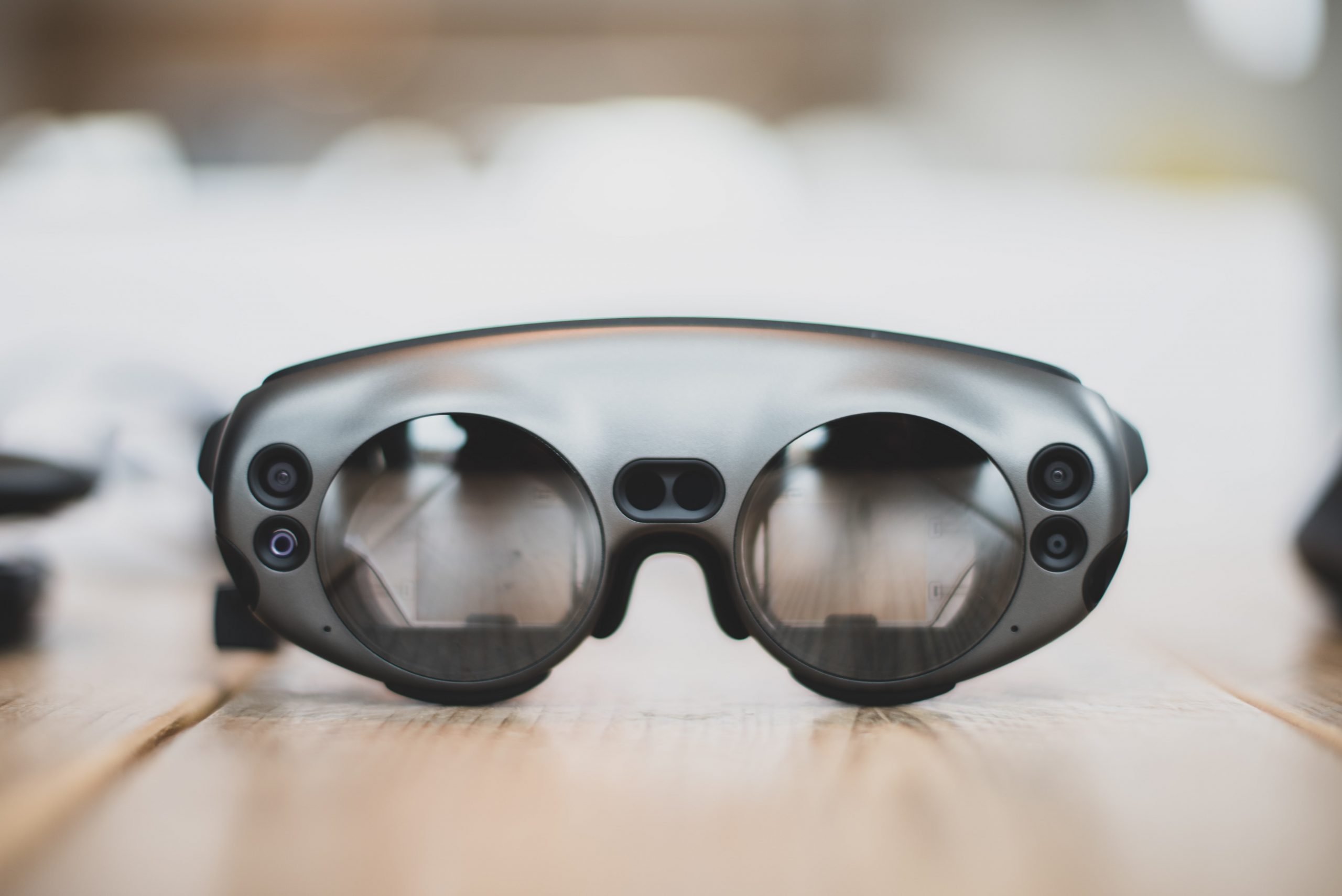 Whilst the access to the Stark Industries network – and the network itself – is unrealistic as is the access to mobile networks that would breach a whole host of privacy laws. Such interconnectivity would also be massively limited by internet connection which is not yet guaranteed at high speeds in the modern world.

Conversely, the hardware itself is not so sci-fi. HUD glasses already exist for certain specific uses such as manufacturing or running and whilst the multipurpose aspect that we see with EDITH has not yet quite been conquered, Google have made some inroads and we could see something close in the near future.

For Tony to build his impressive suits and other various weaponry, he must have a high-tech lab which is initially in his iconic Malibu residence before moving to Stark Towers. When chalking up designs and conceptualizing new ideas, Stark is able to use holograms that not only appear as 3D projections but can be manipulated by Stark. In one seen, we see him strip down an iron man suit piece by piece and reconstruct it all in holograms.

These functional holograms will hopefully be available soon with the Microsoft HoloLens headset paired with Autodesk Fusion 360 software. Though this should present the same function that Stark has in his lab, they will require added hardware of the headset and the images will not be real world projections but instead appear as AR when looking through a lens.

Once the design process is complete, production in Stark’s lab is almost completely automated through a few physical robotic arms which Tony controls through voice commands. One, affectionately named ‘Dum-E’, is notably involved in the building and testing of the earlier suit prototypes. 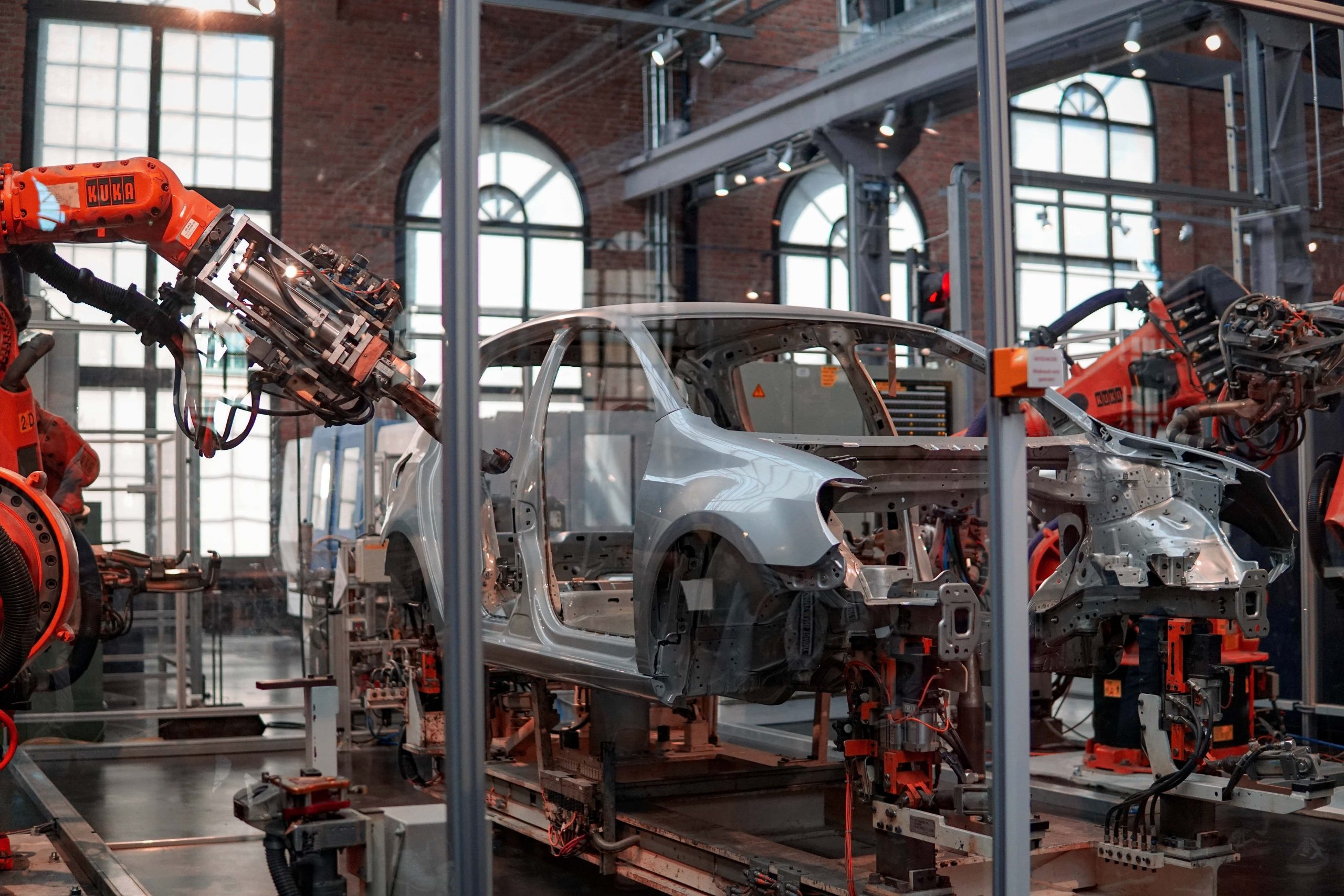 Robotic arms are used in production now, with some companies having almost complete automation in their production process like BMW. Dum-E has a similar function to this but its sentience is not replicated in the real world. In the films, Dum-E is trusted to make value judgements and can intuitively work out when to help Stark without direct instruction. In addition, we also see Stark insult Dum-E and the robot appears to be upset by the insult. This is not something that is viable in the real world, and in a lot of cases would not even be practical to pursue.

The super high-tech world of Tony Stark is still out of reach and will be for some time. Humanities foray into artificial intelligence and voice assistants is becoming ever more prevalent in our day to day lives yet recreating human-like conversation or emotions still eludes us and this is a key aspect of what Tony’s various assistants display.