Seemingly endless queues, delayed flights and lost luggage – airports are often places of stress rather than relaxation. But what if it didn’t have to be this way? What if airports were ‘intelligent’? 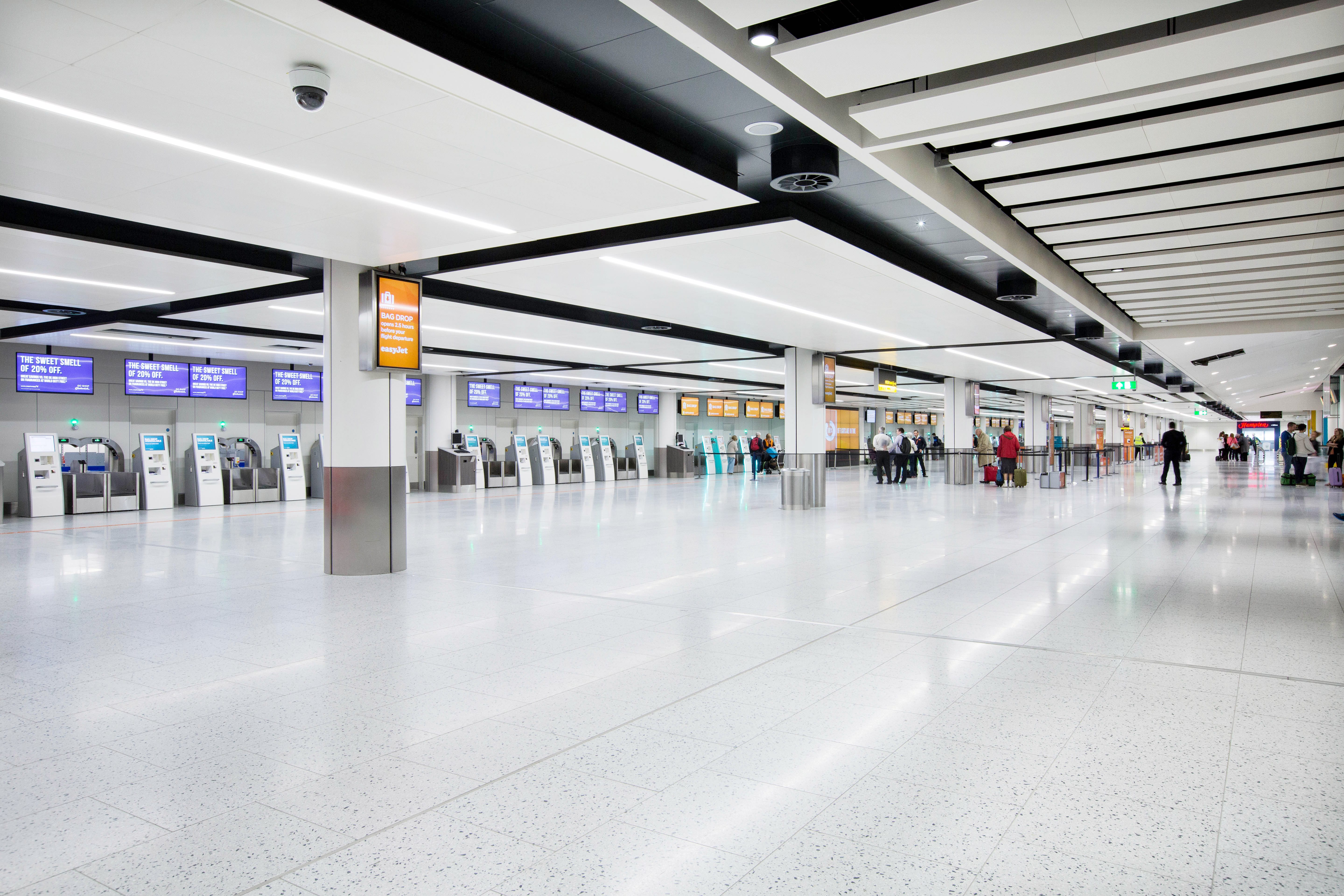 Our very own Gatwick is embracing this idea, investing a large part of its £2.5 billion transformation programme into innovative technology.

An early adopter of biometric security gates and AI, Gatwick sees new technology as a way to improve customer satisfaction and optimise operations.

So far, they’ve had success. Just last year, Gatwick became the proud owner of the world’s largest self-service bag drop zone. Out of 60 gates, 48 are now self-service, reducing queueing times and increasing peak check-in capacity to 4,350 from 3,000 passengers per hour.

With 60% of check ins now done online, it’s another step towards allowing travellers to take control of their journey and their most recent innovation will only serve to enhance that.

Airports are often complicated places to navigate, especially when paired with the threat of missing a flight or losing your luggage and the lack of satellite signals renders traditional GPS navigation useless indoors.

However, carefully-located bluetooth beacons can communicate with mobile apps to give an accurate position, and Gatwick has just installed 2000 of them.

UK startup Pointr developed the system with Gatwick, enabling users to get a more reliable ‘blue dot’ (with +/-3m accuracy) on their indoor map. It’ll also be used to power an augmented reality wayfinding tool, the first of its kind. Using their phone’s camera, arrows will lead passengers in the direction of their departure gate or baggage belt.

Abhi Chacko, Head of IT Commercial & Innovation at Gatwick, said: “We are proud to be the first airport to deploy augmented reality technology and we hope that our adoption of this facility influences other airports and transport providers so that it eventually becomes the norm.”

As well as giving users confidence in finding their way, there’s potential to use the beacon system to enhance passenger experience even more.

If airlines adopted the same service, they could find out where their passengers are. Boarding staff could message those not at the gate 30 minutes before departure and make a decision whether to wait for late-running passengers based on whether they’re five minutes away or not even through security yet.

The Future of Gatwick

Technology has been proven to optimise airport efficiency. Whether that’s giving passengers control or using data on ‘people densities’ to reduce congestion, it’s able to take the stress out of flying for customers.

Gatwick wants to push technological innovation further and is the only British airport taking part in the first ever airport ‘hackathon’ this weekend (16-18th June).

Given access to the airports’ APIs and datasets, developers will be challenged to make new apps focused on improving the journey through airports.

Currently using AI to gather user data to power future chatbots, Gatwick is also keen to explore the potential of runway-inspecting drones, 24/7 virtual sniffer dogs and ‘Internet of Things’ sensors across the terminals.

The airport is even investing in startups to get this technology off the ground and with Pointr’s beacon system launching after only two months of development, we could be using the airports of the future sooner rather than later.