It may be a male-dominated industry, but Girls in Tech are empowering women to build successful careers in the tech industry.

The 7th annual Girls in Tech Catalyst Conference 2019, took place on June 19-20 in San Francisco. The event is designed to empower, encourage, and support women wanting to pursue or further develop careers in the male-dominated tech industry. Attendees get to hear from notable guest speakers, find inspirational mentors, and take part in speed recruitment interviews.

The non-profit Girls in Tech was established in 2007 and currently has 42 chapters across 32 countries, totalling 61,764 members. The Catalyst Conference is just one of the ways in which they are tackling inequality in the tech industry. Girls in Tech offer a comprehensive program of services, including: bootcamp workshops for those starting out as tech entrepreneurs; a socially responsive coding workshop called Hacking for Humanity; an online Global Classroom which teaches design and coding skills; and the global competition AMPLIFY for women founders of successful startups.

One of the key speakers at the 2019 Catalyst Conference was Dr Mae Jemison. Jemison was the first African American woman in space and is the lead of the 100 Year Starship project, which is a future-focused non-profit aiming to progress the technology for travel beyond our solar system. When it comes to empowering women in tech, Jemison says that women have to believe that they have a right to work in the industry, whilst also believing they have something to offer, and take risks in order to contribute.

Women in tech – the stats 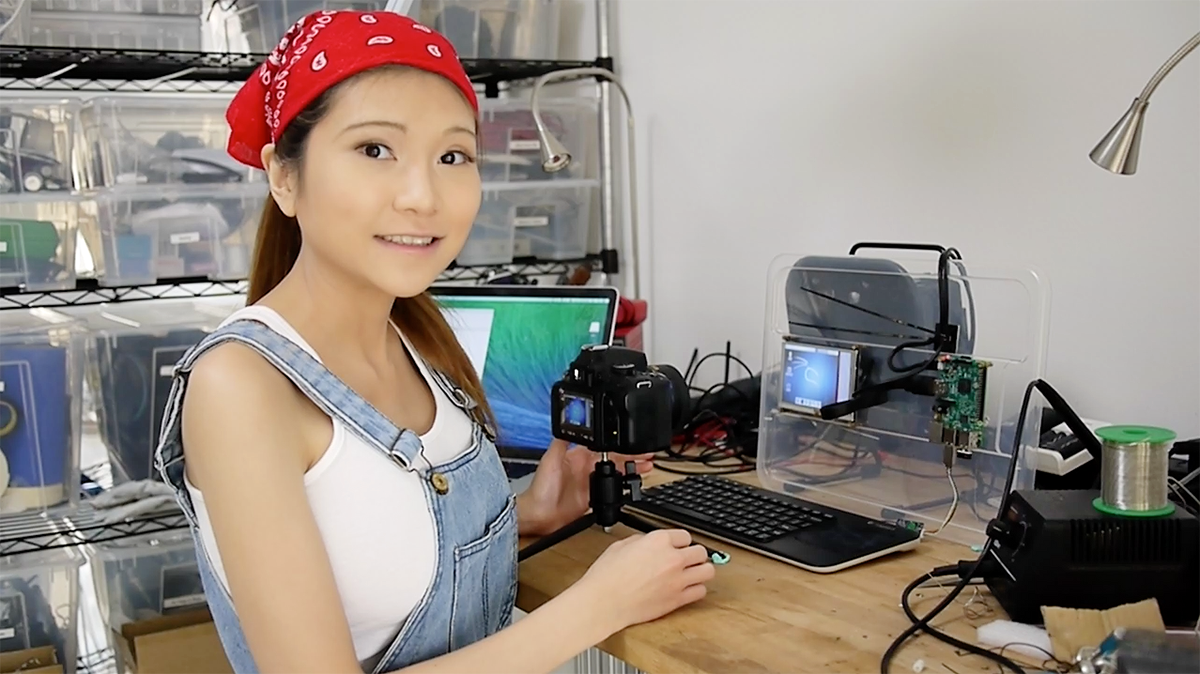 Jemison sums up the key issues of confidence and courage when it comes to breaking into and making it in the tech industry. A PWC study conducted in 2017, reveals some of the bleak statistics around young women and their aspirations in the STEM fields. The study cites figures from the Women’s Engineering Society, who have found that only 15% of the people working in STEM fields are women and only 5% of leadership positions in the tech world are held by women.

The PWC study involved speaking to 2,000 male and female students at A-level and university. Of the women surveyed, only 27% would consider a career in technology, compared to 61% of the men. One of the reasons for this could be down to the encouragement, support, and direction young women receive at school. The study revealed that only 16% of women had a career in tech suggested to them, whilst 33% of the men had received encouragement in this area.

Catalyst Conference 2019 headliner, Mayim Bialik, believes that having the right support and encouragement at school is important. Bialik used her talk to thank her science teacher who inspired her to pursue the beauty of science. Bialik earned her PhD in Neuroscience and went on to combine her love of science and the arts in her role as neurobiologist Amy Fowler in the television show The Big Bang Theory.

But it’s not only schools that have a part to play. It was revealed that Amazon’s AI recruiting tool was biased against women, as the algorithm models had learned from predominantly men’s résumés. Amazon was forced to abandon the discriminatory tool, but it goes to show the many subtle ways that women are being excluded and disadvantaged within the tech industry.

Following the cancellation of the first all-female spacewalk in March this year, Abigail Beall wrote an article for Wired that revealed NASA’s failings in providing suitable equipment for women in space. Beall argues that NASA are struggling to undo decades of sexism within the organisation. Spacecraft were initially designed with only men in mind and have required extensive redesign to incorporate the needs of women, including private toilet facilities and separate sleeping arrangements.

It is clear that more needs to be done in order to give women the freedom and choice to enter into successful careers in the tech industry. Thankfully, there are organisations like Girls in Tech who are promoting technology as a viable and exciting career choice for all women.

The next Girls in Tech Catalyst Conference will be held in London in September this year.