Google fined $5 billion by the EU over Android OS.

The commission says that Google has been imposing ‘illegal restrictions’ on device manufacturers as well as mobile network operators in order to ‘cement its dominant position in general internet search’.

Google has 90 days to cease its illegal activity or face additional daily fines of 5% of the daily turnover of their parent company – Alphabet.

One of the issues identified by the commission was forcing manufacturers to install the Google Search App and Google Chrome browser as conditions for allowing them a license for the Google Play store.

Google also made it impossible for manufacturers to install only some of google’s apps, it was all or nothing.

Data collected by the commission found that this created a clear ‘status quo bias’ between types of devices where Chrome was pre-installed or optional.

On Android devices that come with Google Search and Chrome pre-installed, over 95% of all search traffic and queries were made via Google Search.

“This will change the market” – Competition Commissioner Margrethe Vestager

The commission decided this practise of forced pre-installation ‘reduced the ability of rivals to compete effectively with Google.’

Google argued that the pre-installation of Chrome and the Google Search app was vital in allowing it to monetize and draw a profit from its investment in the Android operating system.

The commission disagreed, citing the billions of dollars in revenue from the Google Play store, as well as data collected from Android devices which is useful to the company.

Further to this, in another finding, the commission ruled that payments made by Google to device manufacturers to exclusively install were illegal.

The payments, made between 2011 and 2014 ‘harmed competition by significantly reducing [manufacturers] incentives to pre-install competing search apps.’ 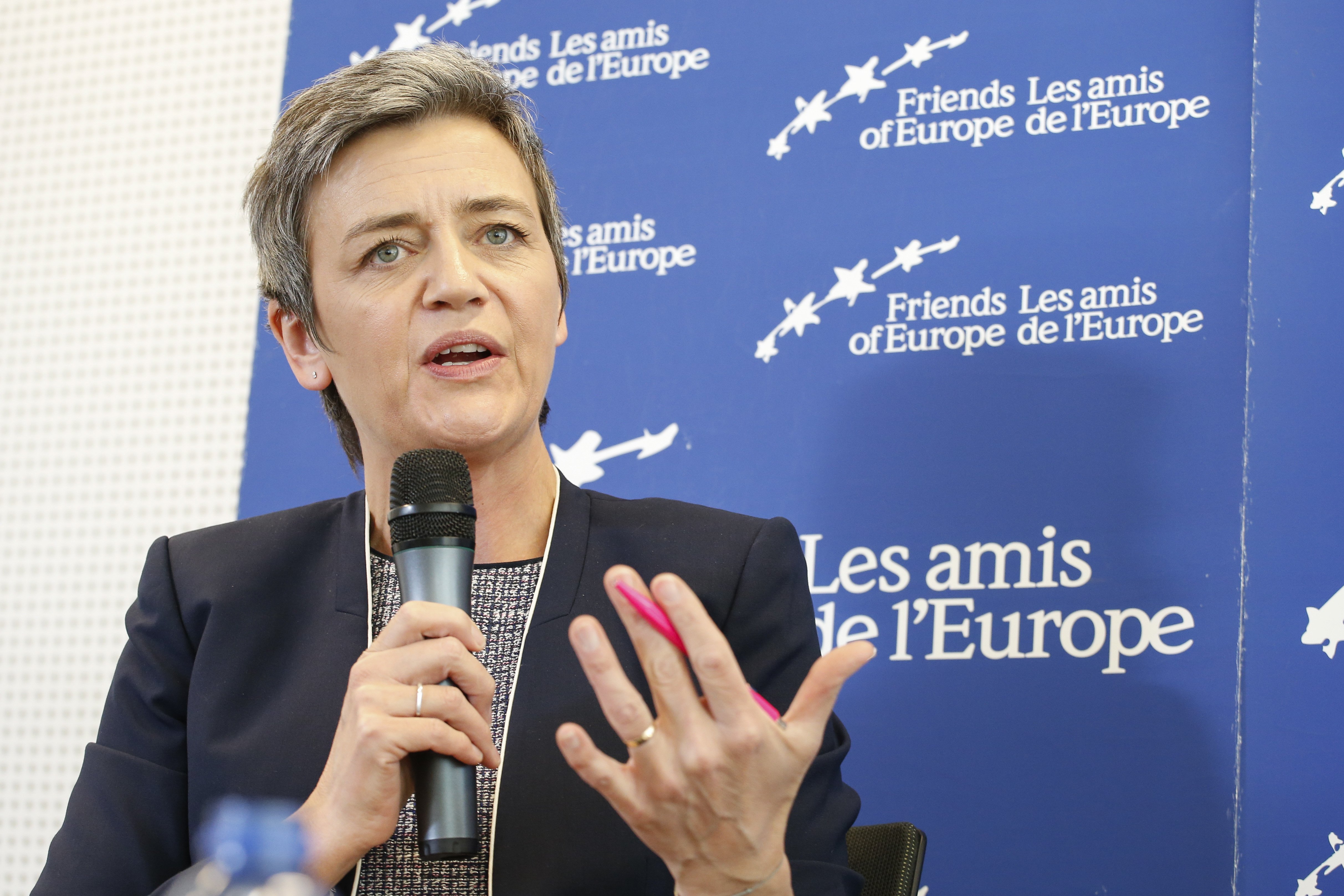 Margrethe Vestager is a Danish politician, who is currently serving as the European Commissioner for Competition. She was responsible for the commission that fined Google. Image: Flickr

Google also prevented many manufacturers from developing and selling devices running on ‘Android Forks’ which are custom versions of the base Android OS.

The tech giant prevented its apps from being installed on custom versions of Android, forcing manufacturers ‘to commit not to develop or sell even a single device running on an Android fork.’

Google claimed this was necessary to prevent a ‘fragmentation’ of the Android operating system – a claim deemed unfounded by commission experts.

Consequences? Does the fine even hurt Google?

Competition Commissioner Margrethe Vestager said that the fine will ‘change the market.’

Going off those numbers, Google and Alphabet will earn enough be able to pay off that fine in about 12 days.

The damage will be more cutting in terms of Googles stock price, but the long term effect remains to be seen.