This year technology is looking to disrupt one of the biggest industries in the world: health.

By bringing health issues into users’ hands and making use of their devices, many tech firms are focused on improving daily living. Here’s our round up of the most exciting developments in the health tech world.

More than 250 million people worldwide are visually impaired, often causing them to find it harder to navigate, socialise, recognise faces and read.

One company has been working on a solution, by developing a prototype pair of glasses which use small cameras, AI, and a map of an individual’s retinas to fill in the gaps left by the wearer’s poor vision.

The company claim that the glasses are capable of real-time image enhancement so that wearers can recognise faces when socialising and read when browsing social media. If the glasses can provide real improvements to people’s vision, the potential market is huge. The device remains in development, but promises big things when it is made available for purchase.

ICI aren’t the only company trying to improve vision. Samsung are developing a visual aid that works by using the high resolution cameras on modern Galaxy smartphones to act as a digitally modifiable pair of glasses.

Users can download an app on the Oculus store to be used in conjunction with a Gear VR headset, allowing them to ‘see’ through their phone’s camera.

The app allows users to vary the contrast, brightness and other settings to improve their vision, and even magnify images or invert the colours to read text easier. Samsung are working on a special pair of glasses to allow users without Samsung phones to use the technology.

For many of us, it’s the little things we could use help with. HabitAware offer help to those who want to quit their habits with a behaviour tracker which alerts users each time they pull their hair or bite their nails.

Users enter the habits they want to change into an app which shares this data with a smart bracelet. The bracelet buzzes when it notices them performing a given gesture, prompting the user to stop. For £110, the world’s first smart awareness trainer could be yours.

Another habit many would like to kick is snoring. Snorers and their co-sleepers alike miss out on high quality sleep. With Snore Circle, a lightweight portable eye mask, snorers (and their partners) could be in luck. 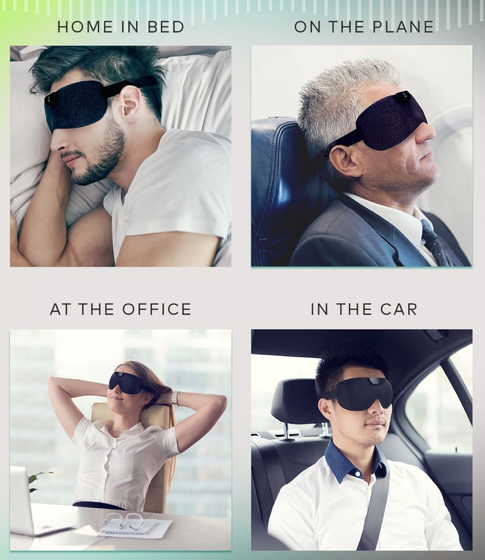 The smart mask notices snoring and vibrates to encourage its owner’s throat muscles to contract, expanding their airway and allowing them to breath easier without waking them. It’s still in the kicksarter phase, but for a little over £40 you can order up a mask today.

With a billion people worldwide being snorers, and a quarter of a billion suffering from poor vision, more developments are sure to follow as tech companies make increasing use of ubiquitous technology to support our health.