AI has been leading the way with intuitive algorithms. Now, researchers are exploring a computer algorithm found to be as effective as human radiologists when spotting breast cancer from X-ray images.

An international expert team including researchers from Imperial College London, the NHS, Google Health, DeepMind and Northwestern University in the US, have come together to design and train a cutting-edge artificial intelligence (AI) model to examine mammography images from almost 29,000 women.

This study has revealed that the revolutionary trained AI model has been able to correctly spot cancers from the images with a similar level of skill to expert radiologists. The findings have been published in Nature and could set to change how mammography results are analysed. The inclusion of advanced technology has also opened up the global scope of applying AI tools to the clinical setting, improving the healthcare system and enhancing patient’s health and experience.

Breast cancer is the most common type of cancer in the UK where about 1 in 8 women is diagnosed with it during their lifetime. Most women diagnosed with it are over the age of 50, but younger women can also get breast cancer, and in rare cases, men can be diagnosed with it. If it is caught at an early stage, the chances of recovery are high. Every three years, women aged between 50 and 71 are invited to have a mammogram via the NHS’s breast cancer screening service, where an X-ray of the breast tissue is used to check for abnormal growths or changes which may be cancerous. Majority of cancers are picked up during the screening process. However, even with clinical expertise, human interpretation of X-rays is open to inaccuracies and cancer going under the radar.

In contrast, according to a 2011 analysis of the screening programme in the UK, it suggested that there may be as many as 7,000 unnecessary cases of overdiagnosis and false positives each year. Overdiagnosis is where unnecessary surgery for cancer would have taken place including biopsies and breast tissue removal whilst a false positive result is where the initial mammogram mistakenly identifies cancer.

Findings from the AI study

It has been found that when tested in the UK the trained AI model has reduced the proportion of screening errors whereby cancer may have been misdiagnosed or missed altogether. The study has demonstrated that the cutting-edge AI algorithm was able to correctly identify cancers from images with a similar degree of accuracy to expert radiologists, and has the potential to support decision making and workload of clinical staff.

Professor Ara Darzi, director of the Cancer Research UK Imperial Centre and the Institute of Global Health Innovation at Imperial College London, said: “Screening programmes remain one of the best tools at our disposal for catching cancer early and improving outcomes for patients, but many challenges remain – not least the current volume of images radiologists must review.”

The science behind AI’s efficiency

As part of the study, researchers at Google Health developed the AI model to function using depersonalised patient data. The initial object was to remove any information that could be used to identify the dataset so that the technology only had the most recent mammogram to interpret whereas human experts had access to the patient’s medical history. The AI tool studied tens of thousands of images in this manner, which had been interpreted by radiologists beforehand.

When compared to human interpretation, the AI tool demonstrated a positive reduction in the proportion of cases where cancer was mistakenly identified – 5.7%/1.2% in the UK/US data respectively. If cancer was missed, the UK and US data revealed a statistic of 9.4%/2.7% respectively. 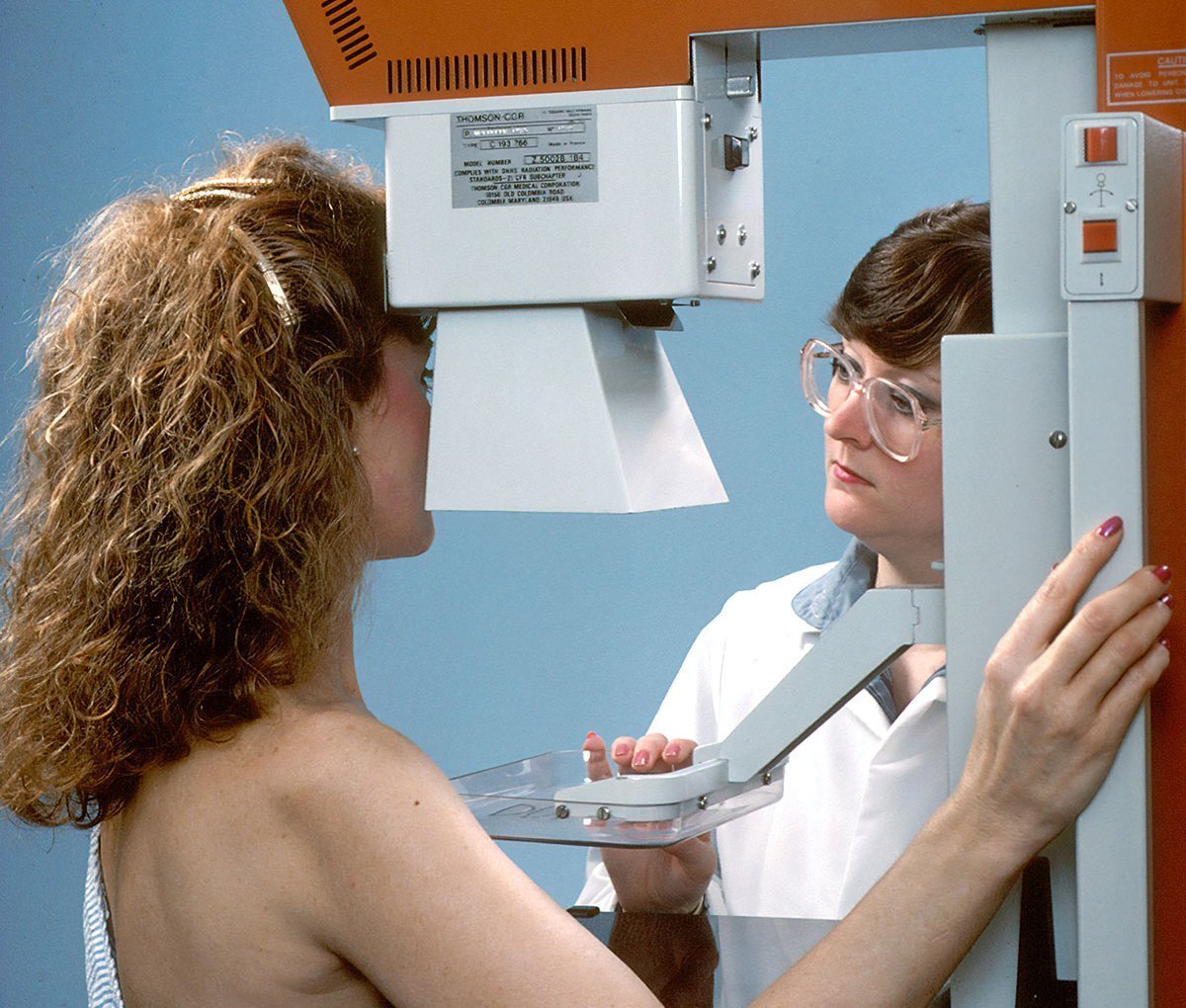 The researchers also observed to see if their model could increase reader efficiency. The NHS exercises a manual double-reading process when checking over mammogram images whereby two separate radiologists review the scans and recommend what step needs to be taken – a follow-up or no further action. For any abnormalities found to be positive, a biopsy will be referred. However, if the two readers disagree with their evaluations, the case will then go onto a third clinical reader for review.

With the AI model, scans were only sent to a second reviewer if there was a disagreement between the first reader and AI. The results revealed that using the AI in this way could lessen the workload of the second reviewer by as much as 88%, which could ultimately benefit triage patients being seen in a quicker timeframe. This research has received support from the NIHR Imperial Biomedical Research Centre.

According to the expert team, the findings from the study are impressive and reveal how AI could assist in global healthcare screening services. This research is still in its early stages, but it reveals how AI could enhance breast cancer screening, ease pressure off the NHS and potentially save lives. And while additional clinical studies are necessary to see how and if this technology could work in practice, the initial results are leaning towards a more promising future. It can provide real-time feedback on mammography images and deliver a statistical score which could be used to triage suspected cases more swiftly.

AI has significant potential to help solve challenging problems, including advancing medicine and bringing about positive change to how clinical data is deciphered on a global scale. The model which the international expert team from Imperial College London, the NHS, Google Health, DeepMind and Northwestern University in the US has proved that the incorporation of AI in medicine can play a significant role in the future of cancer care. Embracing technology like this may help improve the way we diagnose cancer in the years to come.