Tech-driven shows like Jeff Wayne’s Musical Version of The War of the Worlds: The Immersive Experience take audience participation to a new level.

I remember my first experience of immersive theatre. Back when I was a child the only form of “immersive” theatre was pantomime. I remember the horror of being approached by the gaudily dressed actors as they wandered down from the stage and into the audience. It remains a mystery why they chose to approach the child trembling in fear rather than the girl in front who was laughing and clapping with joy.

Admittedly, I did not enjoy interacting with the characters in the pantomime. Personally, I rather appreciate the space between performance and audience. It is a reflective space where I can put my ego aside and be drawn into the world of another. But contemporary immersive theatre is all about the ego. It is about your experience, your senses, your immersion. There is no reflective space between you and the show.

And that’s why it’s so popular. Immersive theatre is full-on stimulation for all the senses. The addition of tech like virtual reality (VR), augmented reality (AR), holograms, and projection mapping means that you get to flit between reality and alternate reality to exist in a blurred state of awareness. Immersive theatre is certainly food for the stimulation junkies of today.

Jeff Wayne’s Musical Version of The War of the Worlds: The Immersive Experience is an example of the next generation of immersive theatre. It’s based on both the H. G. Wells classic alien invasion story, The War of the Worlds, and Jeff Wayne’s 1978 album that retells Wells’s story through music. Only this time audiences become participants, donning VR helmets in between exploring elaborately designed sets that engage all the five senses. Participants interact with actors and take part in the fight against alien invaders throughout a two-hour sensory extravaganza. Full immersion guaranteed and no imagination required. 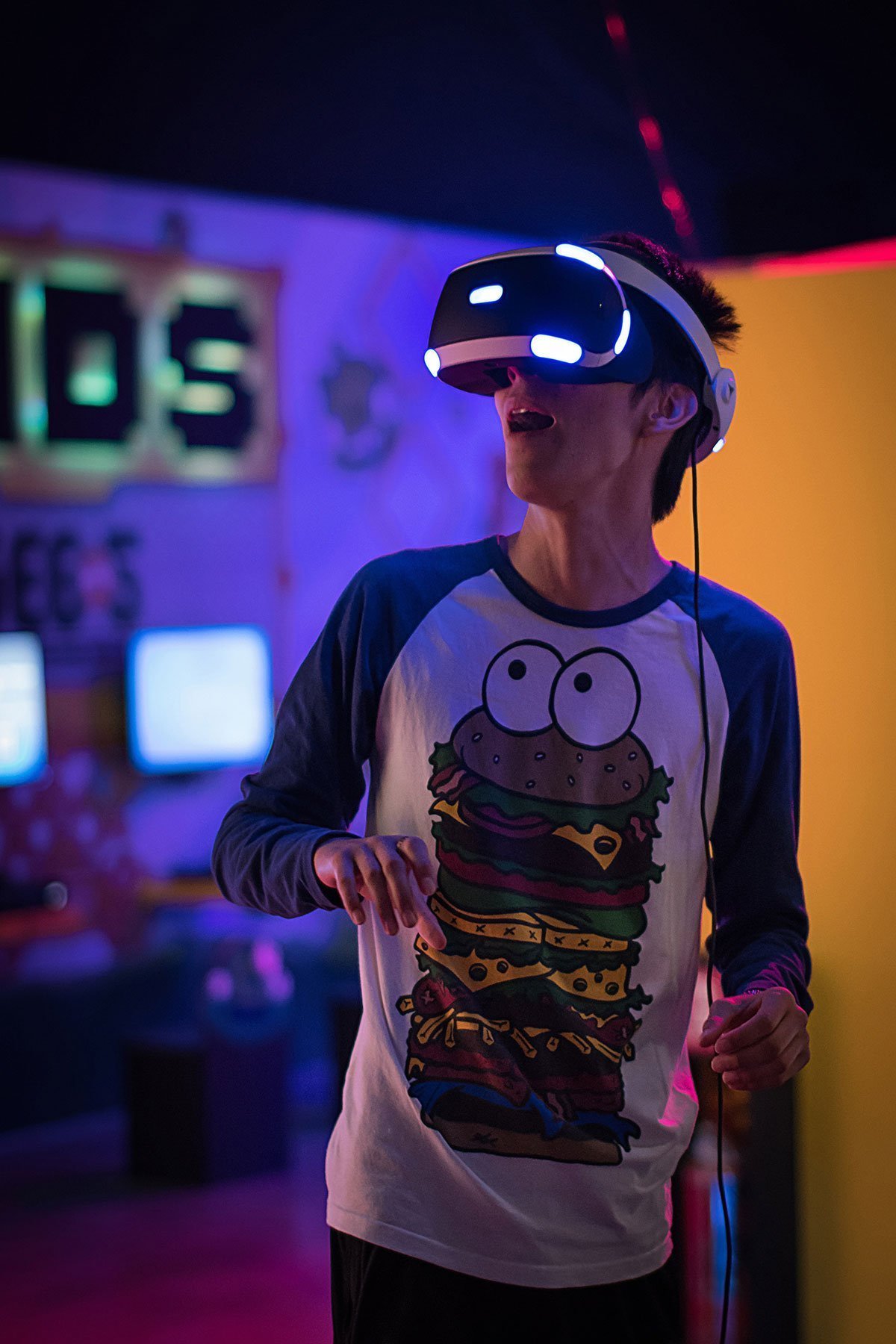 Hosted by production company dotdotdot in London, the show is set to run until March 2020. Time Out said the amalgamation of tech, actors, sensory stimulation, and elaborate sets “doesn’t exactly work. But it’s quite good fun.” But with such a complex technological, visual, and audio feat some teething pains are to be expected.

The War of the Worlds: The Immersive Experience is the second of dotdotdot’s tech-driven immersive experiences. Somnai ran in 2018 and promised participants a trippy lucid dream experience through VR. Their next project, #RememberRemember, opens in Autumn 2020. Participants will get the opportunity to join the conspirators of the Gunpowder Plot in 1605 through VR, AR, and projection mapping (which turns surfaces of objects into displays for video projection).

Whether all the elements fully work together or not, dotdotdot have taken immersive theatre to the next level. Other productions like The Great Gatsby (now closed) and The Wolf of Wall Street (running until January 2020) promise audience participation with strong actor-participant interaction. But shows like The War of the Worlds: The Immersive Experience give tech lovers and stimulation junkies an inarguable feast for the senses.

Curiosity has got the better of me and I fully intend to give immersive theatre another go, if only to see whether virtual reality can be successfully married with real-world sensory experiences.