Microsoft ventures back into the small tablet market with latest incarnation of the Surface.

A stock photo published yesterday by the official Microsoft Surface Twitter account all but confirmed the upcoming release of a new surface tablet.

Now the official release of the new Surface Go is here.


Where will Surface go next? pic.twitter.com/9lz3MJmBAT


How does the new Surface Go stack up?

The new device, which has the Ipad and Chromebooks to go up against is clearly a push towards a high productivity device for students and the workforce alike.

In terms of dimensions, the Go is just 8.3mm thick and clocks in at a light 522g.

The screen is also features PixelSense technology that supports Surface Pen with 4096 levels of pressure sensitivity and precision for ‘accurate note taking, drawing and computer-aided design.’

Unlike some of the new MacBook laptops, the Go comes with a pethera of ports. Surface Connect for charging and docking; USB-C 3.1 for data, video, and charging; a headphone jack; and a MicroSD card reader for storage expansion.


A Reddit post from a user claiming to have inside knowledge stated the device will ship with a Pentium Gold processor.

The information turned out to be correct, with Microsoft using a Pentium 4415Y processor. A move that will keep the cost down, and push battery life up.

Microsoft also moved away from the Qualcomm Snapdragon chipset, however these will likely make an appearance in the LTE connection versions which have yet to launch.

In another effort to optimise battery life, and pull in an audience for Office 365, the office software has been optimised for the device and the Pentium 4415Y processor. Meaning Office 365 won’t be as power hungry as it is on other devices, but this could impact the performance of other software on the device. 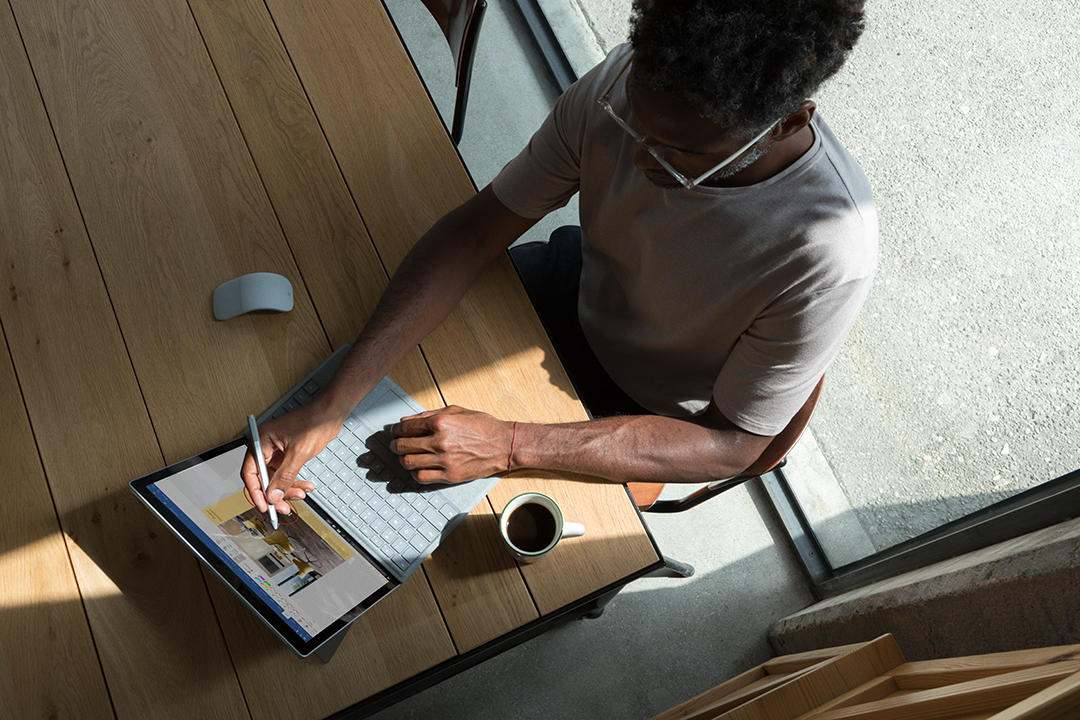 The Surface Go is a smaller and lighter counterpart to its older sibling, The Surface Pro. Image : Microsoft PR


Panos Panay, chief product officer for Microsoft, said in a blog post: “Surface Go is small and mighty, giving you the performance you need to be productive.

“Being able to run Office apps on this device with its portability is one of the things that was critical to the experience we had in mind when we designed Surface Go – the productivity of having the apps you use for work and school with the flexibility to relax and read or watch a show on Netflix or Hulu.”

In the coming weeks, Surface Go will be available for pre-order in Japan, Singapore, Korea, Taiwan, Malaysia, Thailand, Hong Kong, and in China with more markets to follow.