NASA’s Black Brant XII lit up the east coast skies in hues of green, violet and blue as the KiNET-X mission blasted off the Virginian soil on Sunday

The National Aeronautics and Space Administration marked the launch of its mission to explore energy transport in outer space as its Black Brant XII blasted off into the Virginian sky from the Wallops Flight Facility on Sunday.

The Kinetic-scale energy and momentum transport experiment, dubbed ‘KiNet-X‘ aimed to investigate the transport of momentum and energy between magnetically connected regions of space in the context of space plasmas.

The project involved launching the Black Brant XII, a four-stage rocket carrying barium vapour. Upon approximately ten minutes after launch, the Black Brant released the Barium vapour into the upper atmosphere forming two bright green-violet clouds, called ‘vapor tracers’, that lit up the sky in a luminescent greenish-blue hue that was visible from Bermuda. 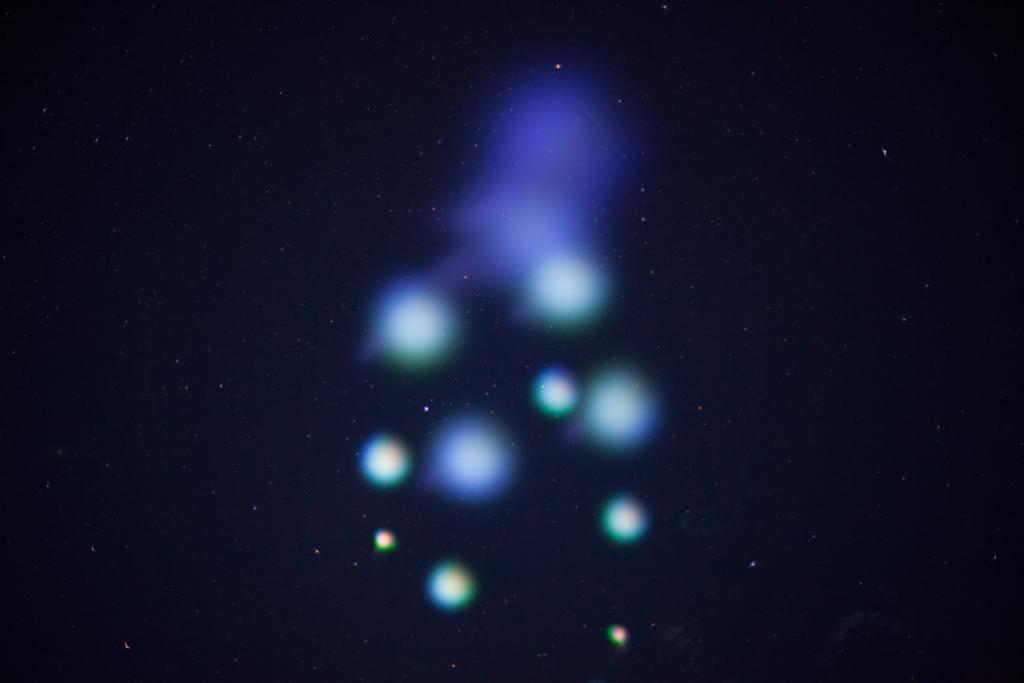 Vapour tracers as visible from the Bermudan sky. (Image: NASA)

“Scientist[s] use vapor tracers primarily to study atmospheric winds in upper atmosphere and ionosphere. When released after launch, the tracers make it possible to directly observe the winds. The vapors release harmlessly between 217-249 miles above the Earth,” tweeted NASA a few hours after the launch, explaining the phenomenon.

According to NASA, the vapour tracers released by Black Brant XII may have been spotted across various spots throughout the Eastern Coast of the U.S., including Maine, Central Florida and Mississippi.

Originally scheduled for a May 7 launch, the operation had to be delayed due to unfavourable weather conditions—twice after the second deferral on Wednesday night.

The launch was streamed live via the Wallops IBM video site at 7:40 PM EST on the day of the launch.