Neuralink and the Beginning of Humanity’s Symbiosis With AI

Neuralink’s tryst with neuroscience unfolds as the Elon Musk-led neurotechnology firm showcased Gertrude, a pig fitted with a brain implant the size of a coin.

The read-only Neuralink device implanted in Gertrude’s brain was able to detect neural activity through the device’s electrodes whenever she made contact with things through her snout. Gertrude had received the implant two months prior and appeared healthy and contented.

The device utilises two-photon microscopy to image the neurons in real-time and stimulate a designated cluster, causing them to light up.

The firm also showed a second pig, Dorothy, who had a Neuralink device put in and removed, illustrating the reversibility of the procedure.

The demonstration was livestreamed on Friday, the primary purpose of it to pique the interest of the larger scientific community and recruit remarkable individuals in the discipline. 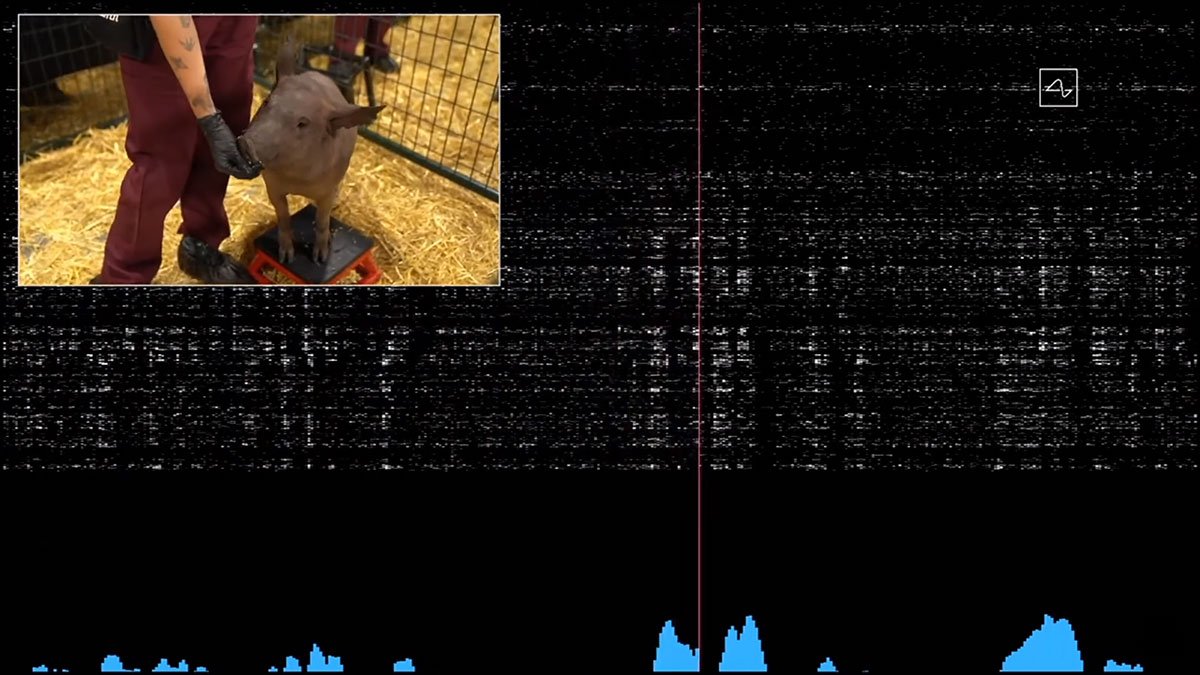 “We’re not trying to raise money or do anything else, but the main purpose is to convince great people to come work at Neuralink, and help us bring the product to fruition — make it affordable and reliable and such that anyone who wants one can have one,” said Musk.

Musk reasoned that over time, through ageing, every person will become susceptible to neurological problems, including loss of auditory function, blindness, memory loss, insomnia along with other ailments. Neuralink’s end goal is to solve the plethora of neurological problems and make the link affordable and widely accessible.

Musk further stated the implant process for the coin-sized link would be as simple as getting a Lasik eye surgery, and implied similitude in the aspect of safety.

The link would be implanted directly into the brain by a surgical robot in less than an hour, without general anaesthesia and the recipient can leave the hospital the same day. 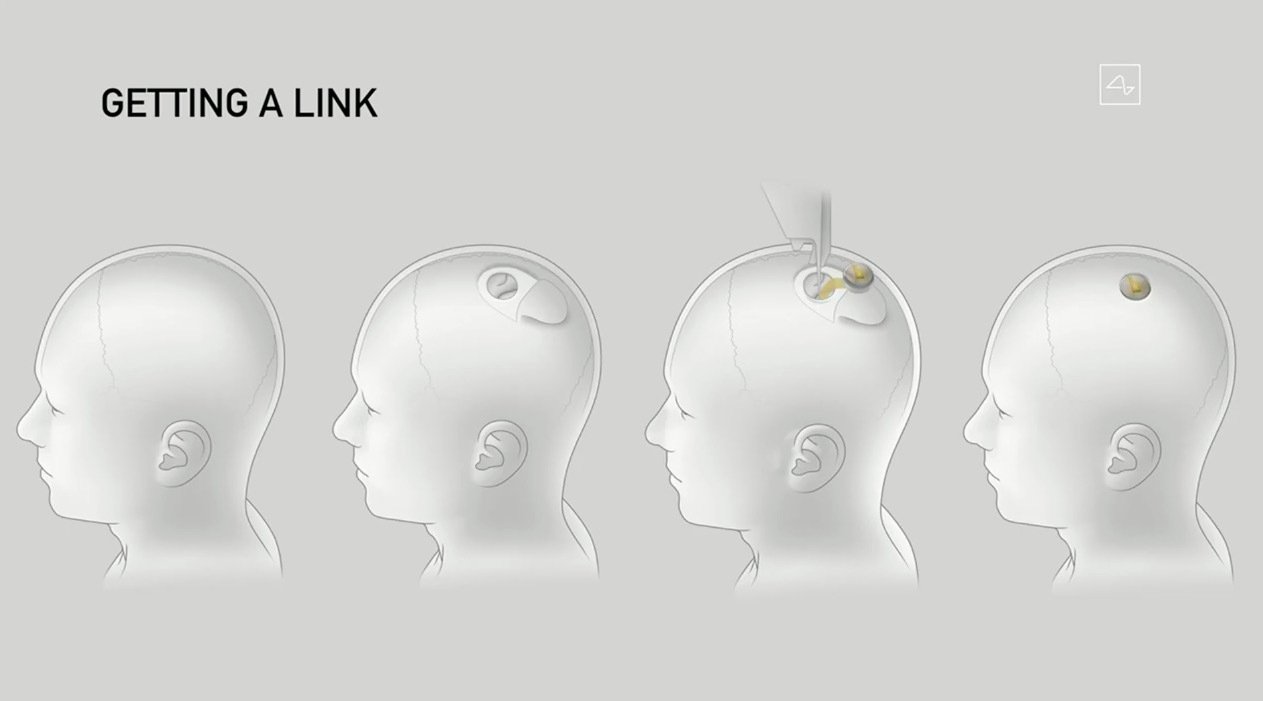 The Tesla CEO said during a Q&A session that while the device would be “quite expensive” at launch, he anticipates to get the price of the procedure down to the thousand-dollar range, along with an economically viable price for the hardware itself.

The firm received a Breakthrough Device designation from the U.S. Food and Drug Administration in July 2020, allowing for an expedited pathway for the development of its device.

Neuralink is currently gearing up for the first human implantation, post acquiring approvals and safety testing.

The firm’s brain-machine interface will be tested in a limited number of patients who have suffered severe cervical spinal cord injuries and attempt to restore motor control. This will put to the efficacy of the device and the safety of the procedure to test.

Neuralink may be able to restore full motion in tetraplegic and paraplegic persons through a second implant on the spinal cord.

Natural and Artificial: The Conflux of Two Minds 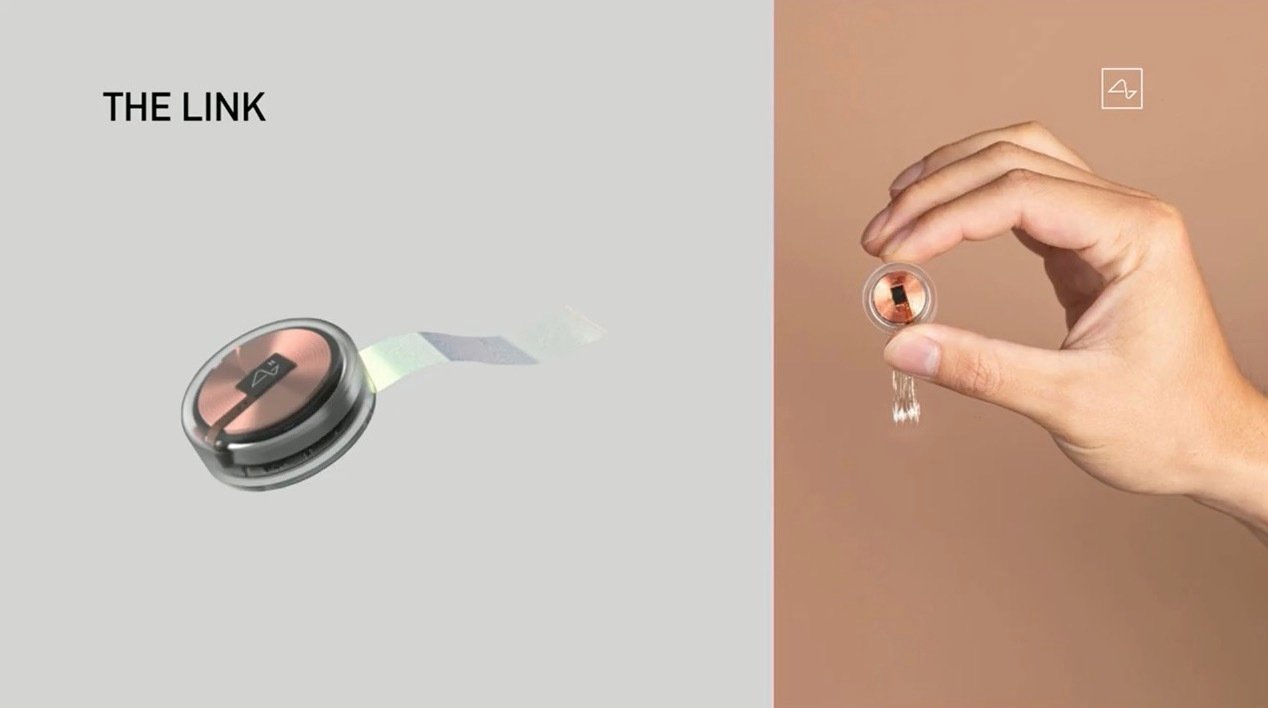 Elon Musk shared many tantalizing prospects of the Neuralink device including the ability to “save and replay” memories, play video games through the mind and navigate device interfaces by thought—although nothing quite as enthralling as the possibility of achieving what he refers to as “AI symbiosis”.

The Neuralink is like a catalyst that may potentially allow the conflux of the natural and the artificial intelligence: the link between the human mind and AI, not as separate entities, but as a part of a whole.

Typically we think of a user interface as a screen, app or web design – but it doesn’t have to be this way. Voice interfaces are becoming more and more ubiquitous and with Neuralink the possibility exists to interface directly with a user’s thoughts. As these technologies evolve UX (user experience) design will have to evolve too – but the core principles will remain the same: think from the user’s point of view, design with empathy, and use intuitive patterns and metaphors to bridge the gap between the world of computing and what the user wants to achieve. If you want to research or develop a product with a new interface don’t hesitate to get in touch.

On being asked by Lex Fridman on a podcast if there is a possibility of merging the human brain with AI, Elon Musk responded that there is a non-zero per cent chance and the odds of achieving symbiosis banked upon the success of Neuralink.

“You know, it went from maybe one in a million to improving, maybe it’ll be one in a thousand and then one in a hundred, then one in a ten. Depends on the rate of improvement of Neuralink and how fast we’re able to make progress.”

The internet is flooding with speculations and conjectures as to what the device may be capable of post-development, some of which are straight out from sci-fi flicks, such as telepathy, recording and playing dreams, and interspecies communication.

The success of Neuralink will decide whether these materialise, or remain a pipe dream.

In the meantime, Neuralink will remain in our heads, and on our minds.

But that’s exactly what it’s for, isn’t it?