Jude Kastens, associate research professor at the University of Kansas, has been waiting for a chance to test his FLDPLN model using real-time data – and this year he got his chance.

Kansas experienced record-breaking rainfall in May this year. With reservoirs full to the brim, heavily saturated ground, and further rainfall predicted, Kastens teamed up with the Kansas Division of Emergency Management and Kansas Water Office to predict the rise in water levels.

Kastens model integrates data from 3 sources for more precise real-time readings that enable officials to predict when and where flooding may occur and how it may spread. The model combines data from stream gauges, elevation maps, and river stage forecasts from the National Weather Service. This method of using reliable and detailed data allows emergency planners to focus resources and inform the public about the likely spread of floodwater.

In May this year, the heavy rainfall prompted Kansas Governor Laura Kelly to declare a state of emergency. Roads were closed, homes were evacuated, and several people had to be rescued from the high floodwater. This is exactly the type of emergency that FLDPLN can help with, giving real-time information on the ground, which is a feature missing from more traditional methods. 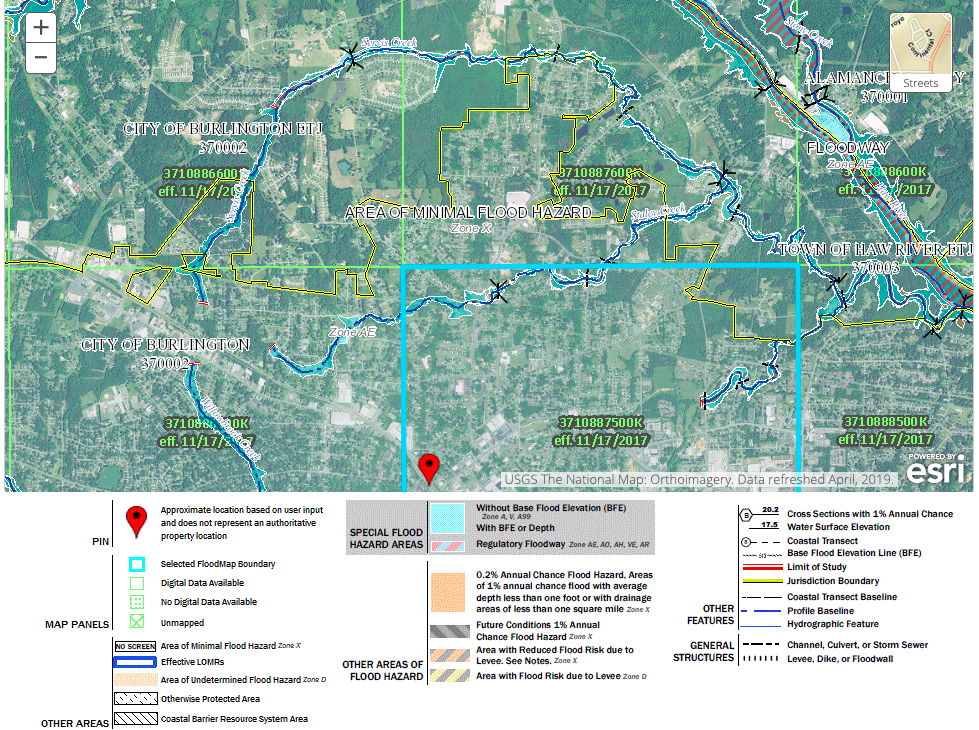 FEMA use a flood mapping method (see image above) which takes several years to produce and looks at current and historic data. But Kastens found that during emergencies these methods did not include the real-time data which could help emergency planners predict the extent and depth of floodwater spread.

In May, Kastens and a team of local officials selected a high-risk area in Kansas – from the Neosho River in Burlington and down through Coffey County – to map and predict the potential extent of flooding in that area. The data was passed on to relevant teams and the general public. The data contributes to inundation libraries which officials can then access as and when they need it. The goal is to create an automated system, so that emergency planners can use the mapping system independently during crises.

FLDPLN also has commercial potential. Private companies have taken an interest in the model and work has begun on developing inundation mapping solutions for use around the world.

But FLDPLN will be going up against MERIT Hydro, a global map of freshwater bodies created by a team at Texas A&M University. MERIT Hydro uses digital elevation maps, satellite imagery, and crowdsourced maps with data fed into an algorithm to predict how rainfall will flow and which rivers are at risk of flooding.