Who’ll benefit the most from Panasonic’s new robotic fridge?

The dream of many a couch potato has come true in the form of Panasonic’s robotic fridge. But is it really the lazy that stand to gain the most?

Smart fridges aren’t new. For a couple of years now, consumers have been able to purchase fridges embedded with voice control technology, cameras that allow you to look inside your fridge from an app, and giant touchscreens.

But none of them have solved the problem in having to physically exert yourself to get to the fridge…yet.

At the IFA Consumer Electronic trade show in Berlin, Panasonic unveiled the smartest fridge yet. Ku, their prototype robotic fridge, can not only keep track of your beers but bring one straight to you.

Upon voice command, Ku will move itself to where ever you need it – whether that’s bringing you beers to the living room, or the condinemts you forgot to grab to the dining table.

Built-in LIDAR (like radar, but using a laser) and depth sensors enable the robotic fridge to continuously map out the room and navigate itself – avoiding household objects and your pets in the process.

Not only does it monitor what’s on the outside, but what’s on the inside too. Keeping a tally of what it has in stock, it could theoretically tell your chosen smart speaker what to add to your shopping list.

Tobias Wobbe, from Panasonic ‘Better Living’ told Reuters, “Just imagine there will be the world championships football, for example, and it’s not already half time but your bottle is empty…you just tell Ku to bring another beer.”

It’s easy to criticise designs like this as being one step closer to the future Pixar laid out for us in Wall.E, but there is a demographic that could really stand to benefit from a robotic fridge.

Panasonic hopes this technology could be used by the elderly and anyone with a disability that might find it a challenge to get to the fridge. Ku would help them lead more independent lives – bringing food to them and making sure they don’t go hungry by ordering food to come to them. 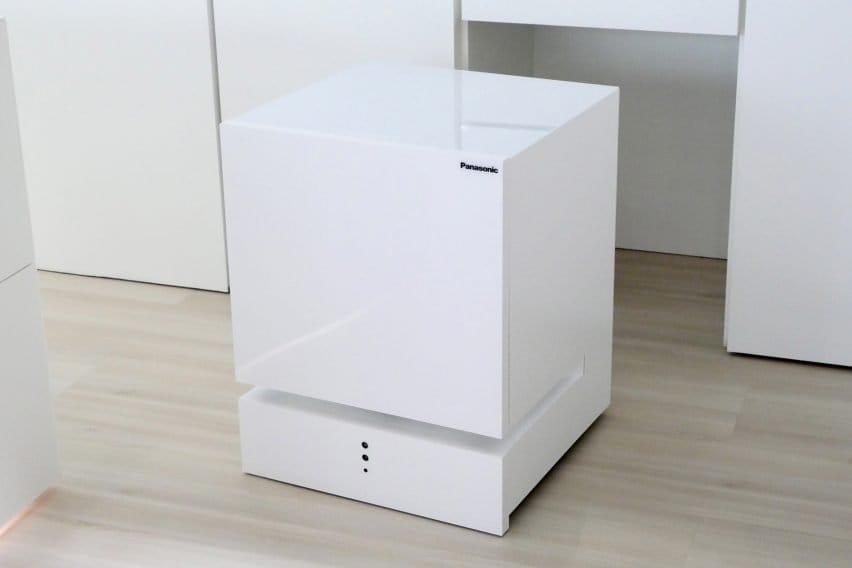 The robotic fridge is just one example of technological innovation that could enhance the lives of the elderly and their carers. As the Economist states: ‘Two broad developments that seem a perfect fit for the lives of millennials—the smart home and the on-demand economy—might well have an even bigger impact on old people.’

Wearables, for example, can monitor health or act as an emergency call button in the case of a fall. Facebook could help combat loneliness, and on-demand ride sharing apps such as Uber or Lyft makes getting out to social clubs or medical appointments far easier – all while reducing the demand on care-givers and relatives.

Such technology makes life ridiculously convenient for millennials and the able-bodied, but can make the difference between someone having to see their days out in an expensive care home, or being able to ‘age in place’ in the comfort of their own home.

Panasonic’s Ku won’t be on the market for possibly another six years – but when it does come out, perhaps you should buy one for Grandma first.