NASA’s Perseverance rover touched down on the Martian soil, concluding a seven-month interplanetary journey to the Red Planet

“I’m safe on Mars. Perseverance will get you anywhere”, tweeted NASA via Perseverance Rover’s Twitter handle, a minute after the space agency’s rover touched down in the Jezero Crater.

The ‘seven minutes of terror’ had passed at 20:55 UTC when the Jet Propulsion Laboratory mission control center received confirmation that its rover had set its wheels on the Martian soil. Perseverance becomes the fifth rover to land on the Red Planet—almost 9 years after Curiosity landed in 2012.

“This landing is one of those pivotal moments for NASA, the United States, and space exploration globally – when we know we are on the cusp of discovery and sharpening our pencils, so to speak, to rewrite the textbooks,” NASA Acting Administrator Steve Jurczyk said on a live stream.

“The Mars 2020 Perseverance mission embodies our nation’s spirit of persevering even in the most challenging of situations, inspiring, and advancing science and exploration.”

Minutes after touchdown, Perseverance shot its first image through its Hazard Cameras from the surface of Mars. 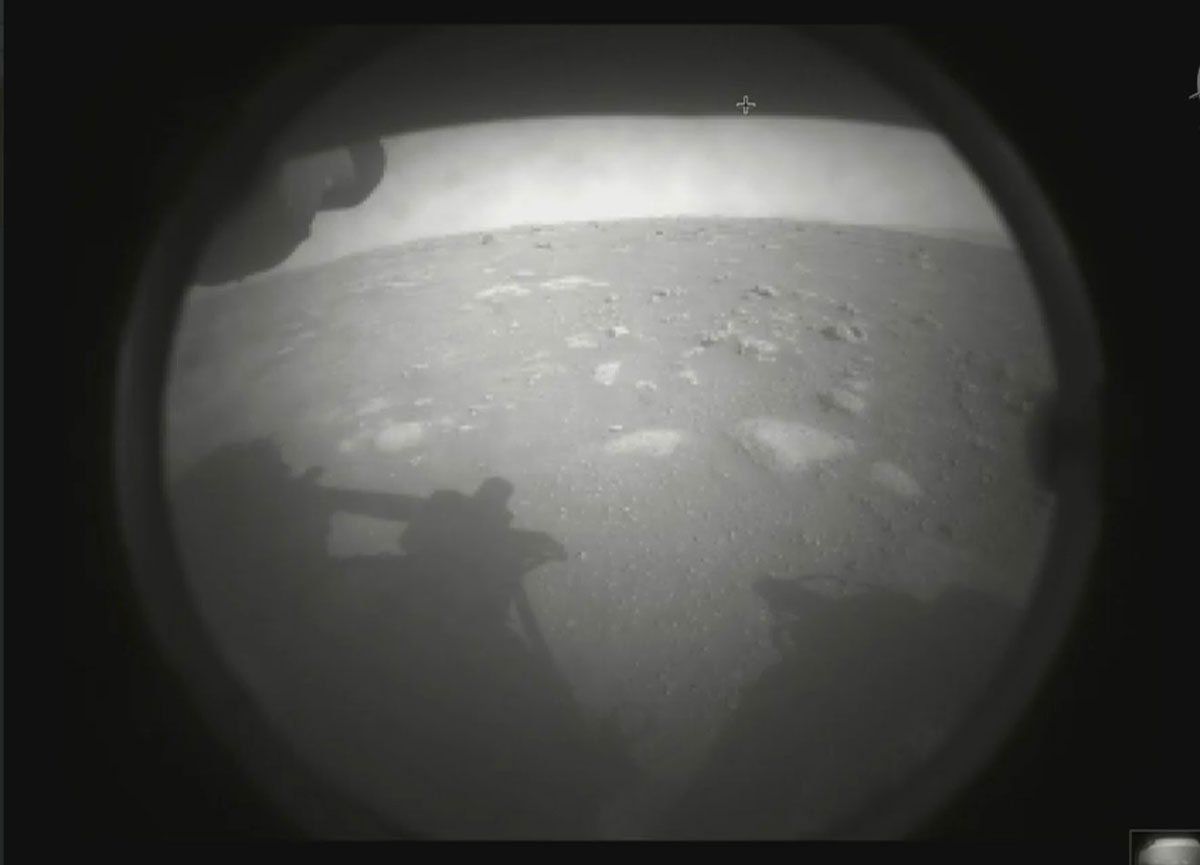 “Hello, world. My first look at my forever home,” Perseverance captioned the image.

The rover is about the size of a small car, weighing a little over a thousand kilogram. The robotic ‘geologist and astrobiologist’ will uncover the Jezero Crater on Mars (which is believed to have once harboured a lake) investigating signs of ancient life in its two-year expedition.

The hunt for biosignatures on the surface of the Red Planet is being pioneered by the most advanced rover on its surface. Ferrying the cutting-edge technologies, the Perseverance is the first rover to be equipped with a helicopter—Ingenuity, which will attempt the first powered and controlled flight from the surface of another planet. In addition, the rover will be the first to cache and drop-off samples of Martian rock cores to potentially aid their delivery, as a part of the Mars Sample Return Campaign—a joint initiative by NASA and the European Space Agency.

“Because of today’s exciting events, the first pristine samples from carefully documented locations on another planet are another step closer to being returned to Earth,” commented the Associate Administrator for Science at NASA, Thomas Zurbuchen. 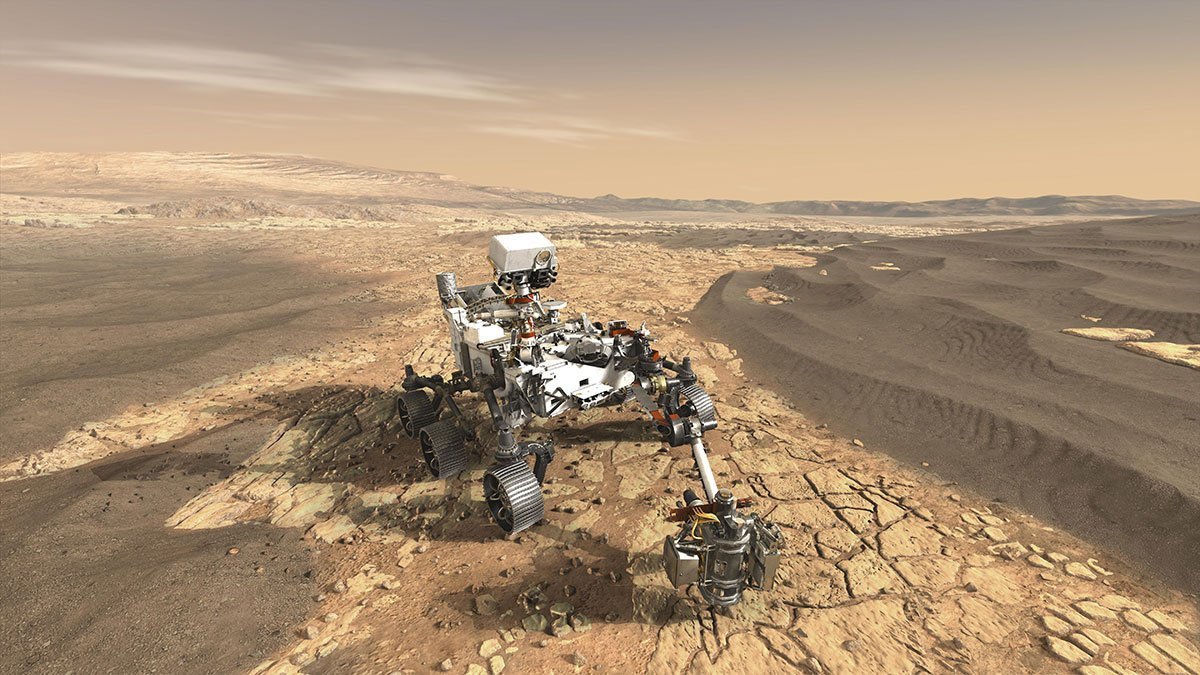 “Perseverance is the first step in bringing back rock and regolith from Mars. We don’t know what these pristine samples from Mars will tell us. But what they could tell us is monumental – including that life might have once existed beyond Earth.”

NASA has achieved yet another historic feat by putting another rover on the Red Planet, but more awaits Perseverance on the horizon in its quest to find life. It’s a challenging road with paths that have never been walked (or drove) on before with many impediments, but the rover knows, and so do we—perseverance will get you anywhere.