Ferrying along the canals of Amsterdam is set to become more sustainable, thanks to MIT’s fully autonomous, modular vessels.

MIT’s fleet of autonomous vessels will take the people of Amsterdam (and their cargo) through waterways without weighing too much on their carbon conscience.

If the portmanteau doesn’t give it away, ‘Roboats’ are zero-emission ‘robotic boats’ that can perform a diverse range of tasks autonomously. Roboat prototypes have ferried groups of people, integrated themselves in an efficient garbage disposal system and delivered goods along the canals of Amsterdam. When parked, Roboat vessels can link with one another to form floating bridges that passers can use to cross bodies of water.

The project comes from MIT’s city design and development group’s laboratory division, known as the SENSEable City Lab. Engineers at MIT are still adding to the list of potential use cases for the electric vessels. 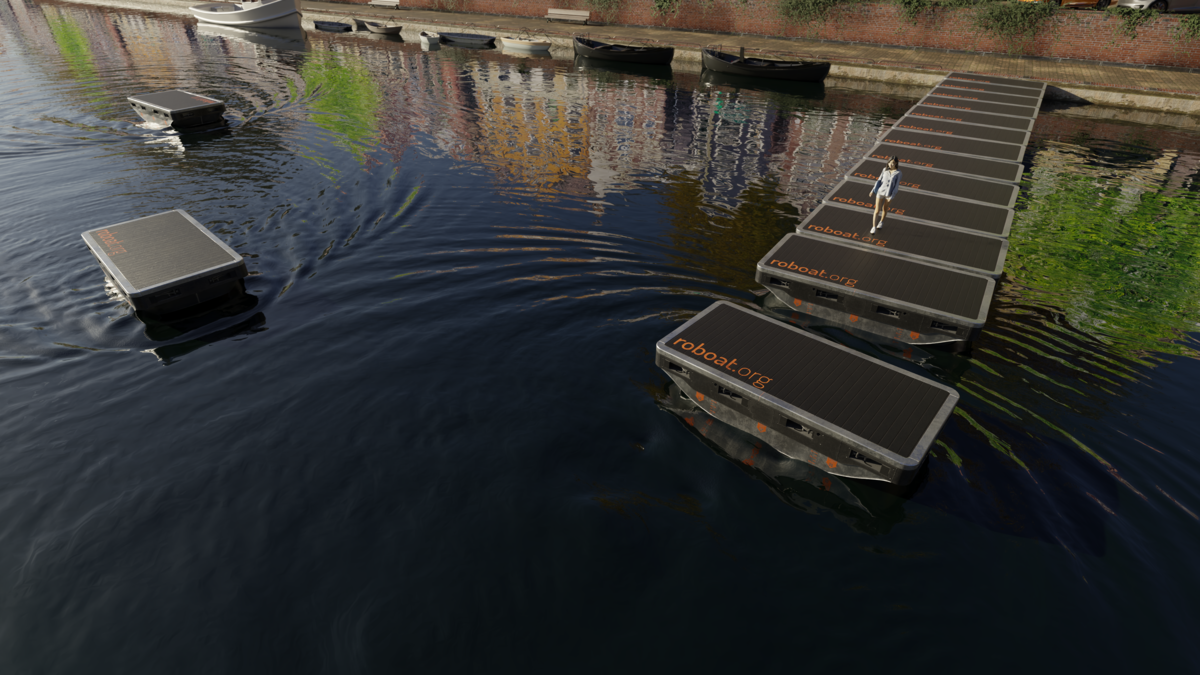 A Roboat fleet assembling to form a floating bridge over a canal. (Image rendered by Roboat.org)

Roboats employ the same technology for locomotion that modern autonomous electric vehicles do. A vessel is equipped with LiDAR sensors and 360-degree field of view cameras for navigation and collision avoidance.

Currently, a Roboat vessel can operate up to ten hours on a single charge—which means a singular vessel is good for a day of ferrying passengers, collecting waste and assembling floating infrastructure.

MIT Professor and the director of the Senseable City Lab, Carlo Ratti, described how a passenger could board a Roboat vessel and reach their desired destination. 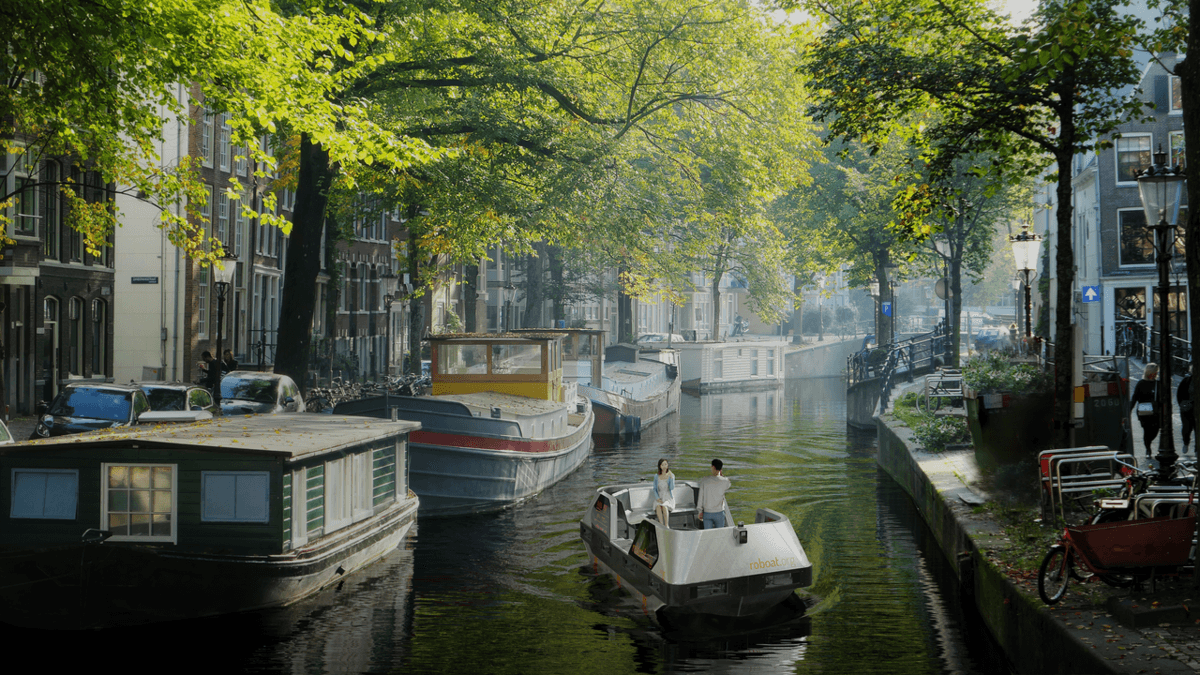 An autonomous Roboat vessel ferries passengers along a waterway. (Image rendered by Roboat.org)

“Roboat is going to be controlled with a touch interface. At the moment it’s still a prototype, but you can imagine you go to your phone or […] any touch interface, you just insert your destination and the boat will take you there,” said Ratti in a statement to CNET.

While currently still in research and development phase, the prospect of autonomous multipurpose vessels seems promising in cities with a vast network of canals. Whether it’s Amsterdam, Bruges, Stockholm or Copenhagen, Roboats are going to find business.