What is in store for the newest Samsung Phablet?

Leaks and rumours about the new handset have been doing the rounds in various tech circles and forums for a while now.

A release could be right around the corner, as the device has just been approved by the FCC in the US.

Samsung has recently been taking flak after mysterious leaker known by their Twitter handle @UniverseIce said that the Note 9 will be virtually identical to the S9, despite exciting concept art and pictures.


Note9 is 2mm shorter than Note8, and nothing more.
You can't distinguish between them without careful observation. 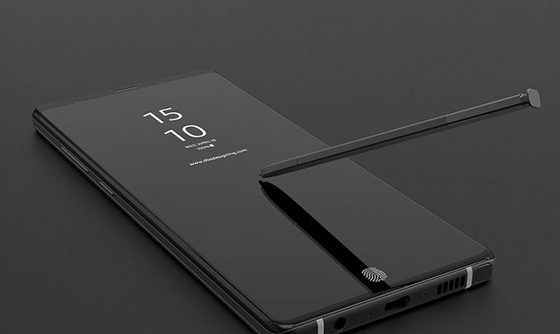 A concept render of the Galaxy Note 9. Image: The Inquirer.

Part of the FCC documentation refers to the inclusion of a stylus, so we could also be seeing an upgraded S-pen.

It also has been suggested the Note 9 could come with a huge 512Gb of on-board memory, and 8Gb of RAM. The retention of a micro-SD card slot could also mean the Note 9 is the first consumer mobile able to handle 1Tb of storage. However @UniverseIce suggested that these options could be limited to South Korean and Chinese markets.


The 512GB ROM of the Galaxy Note9 is only available in South Korea and China. pic.twitter.com/w4StxlFAv9


@UniverseIce also dashed hopes of a fingerprint reader built into the main screen, instead having a more traditional fingerprint scanner on the back on the phone.

Meanwhile, at Shanghai’s MWC, Samsung is showing off new camera tech, which will potentially find its way into the Note 9. The ISOCELL Plus sensors should bring better colour accuracy as well as sharpness to the photos shot on phones equipped with the new sensor, according to SamMobile.

Other upgrades could include the usual upgraded processor as well as an improved battery up to 3,850mAh. Hopefully avoiding the infamous battery issues of the Galaxy Note 7.

Fans wont have to wait long however, a Bloomberg report has suggested that the Note 9 could be released as soon as August, with an official unveiling of the device set for the 9th of August. An earlier release than usual for the tech giant, who control a 23% share of the Mobile market. This could be an effort to avoid competitor Apples price cut ahead of an Iphone X redesign.

We will have a full breakdown of the handset after launch, as well as a round up of the what the critics say.