SnapChat gets it Wrong Again with Disastrous Update

Just months after the disaster of SnapChat’s spectacles which saw the company lost an estimate $40 million according to Verge. A controversial new update is driving users away from the app and into the welcoming arms of their rivals – namely Instagram.

The big change came in Snap Inc wanting to separate friends stories from other content. The update has redesigned the way the app shows users theirs friends updates. One reason behind the change being Snap Inc attempting to increase the revenue from the app. 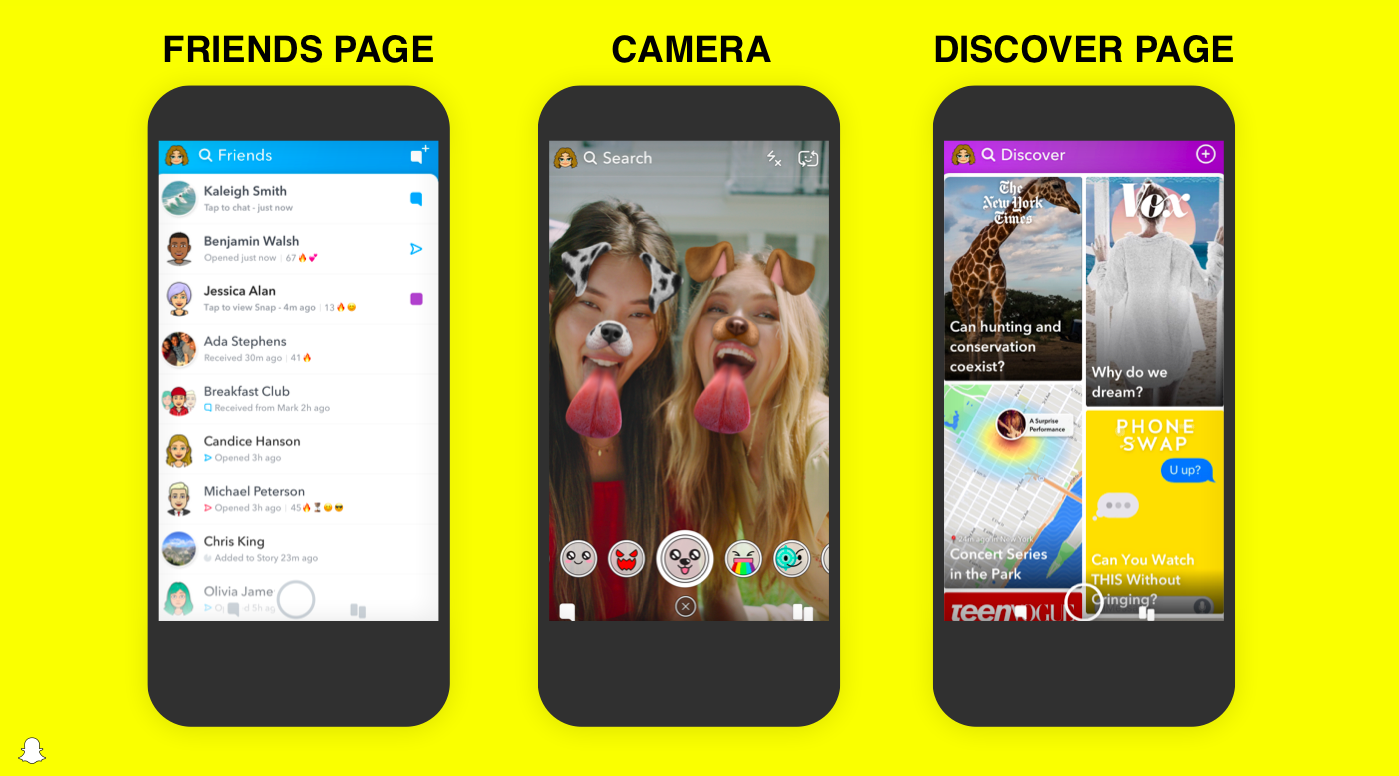 The overhaul saw the previous method of having separate feeds for stories and conversations brought together and mashed into one.

Speaking in a blog post, Snapchat founder Evan Spiegel spoke about one of the reasons that the big Snapchat change. “Blurring of lines” he said, “between friends and content creators had led to the rise of ‘fake news’”.

How has the update been received?

However, the update has not gone over well with users. Who are leaving the app in droves, and headed to Instagram.

The photo sharing app Instagram launched a similar stories function in mid 2016, and has since been a rival to SnapChat.

Research by CNBC showed that 80% of tweets about the app have been negative since the update. On top of that, a fake tweet that promised the update would be reversed if it was retweeted enough has become the fifth most popular tweet of all time.

A poll on AndroidPolice.com showed much the same, with 72% of voters responding negatively to the update.

However, the backlash is not limited to social media, a change.org petition demanding a roll back of the update has reached over a million signatures. 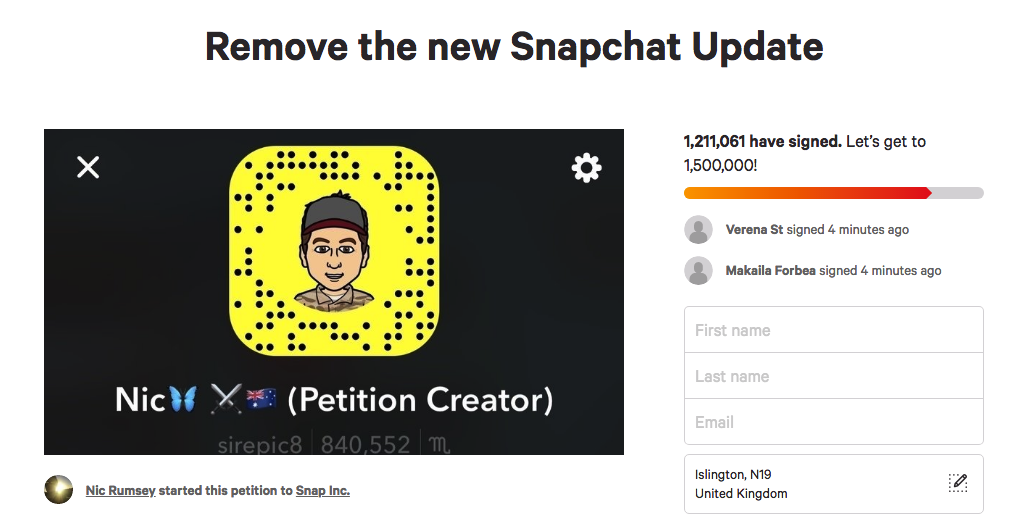 A change.org petition to revert the changes to SnapChat has hit a million signatures. Source : Change.Org

There has been no official response from Snap Inc regarding the update or the petition.

Some users have taken to using root-hacks and other methods to download old versions of the app and avoid the update, in response the SnapChat Support twitter account has been quick to point out these work arounds contain security flaws, and could see users locked out of their accounts permanently.

Wether Snap Inc reverses the update remains to be seen, but it seems unlikely.

What do you think of the SnapChat update?