Tesla’s new solar panels are set to hit the UK in 2018, but can they reinvigorate a waning industry?

Over the past few years, the demand in the US for residential solar power installations has been waning. Plummeting electricity prices and utility companies pushing back against those wanting to go ‘off-grid’ have slowed growth down from 63% from 2013-2015, to a mere 16% in 2016.

However, Tesla’s new solar roofs, officially put on sale in the US in May, could offer a new incentive – the cool factor.

“Check out this sweet roof!”

The first thing you notice about Musk’s new solar panels is that they don’t look like solar panels. Instead of the large, black rectangles stuck to your roof, these are your roof.

The glass roof tiles have integrated photovoltaic cells that remain hidden when you look at the tile from a shallow angle or, say, ground level. Coming in four different styles – textured, smooth, tuscan and slate – the tiles are designed to look beautiful.

Complementing the architecture of the house they’re installed on, it’s easy to see how these tiles could become instantly attractive to someone who owns a period property for example.

They’re not just pretty either. A glass time is three times more resilient than the average roof tile with a ‘quasi-lifetime’ guarantee. In a demonstration video, the Tesla glass tile withstands the impact of a 5cm hailstone travelling at 160km/h, while two standard tiles are obliterated.

Coupled with the company’s sleek home battery Powerwall 2.0, which stores the energy collected throughout the day, (and perhaps a Tesla Model S) the solar roof turns the house into its own private sustainable power grid. 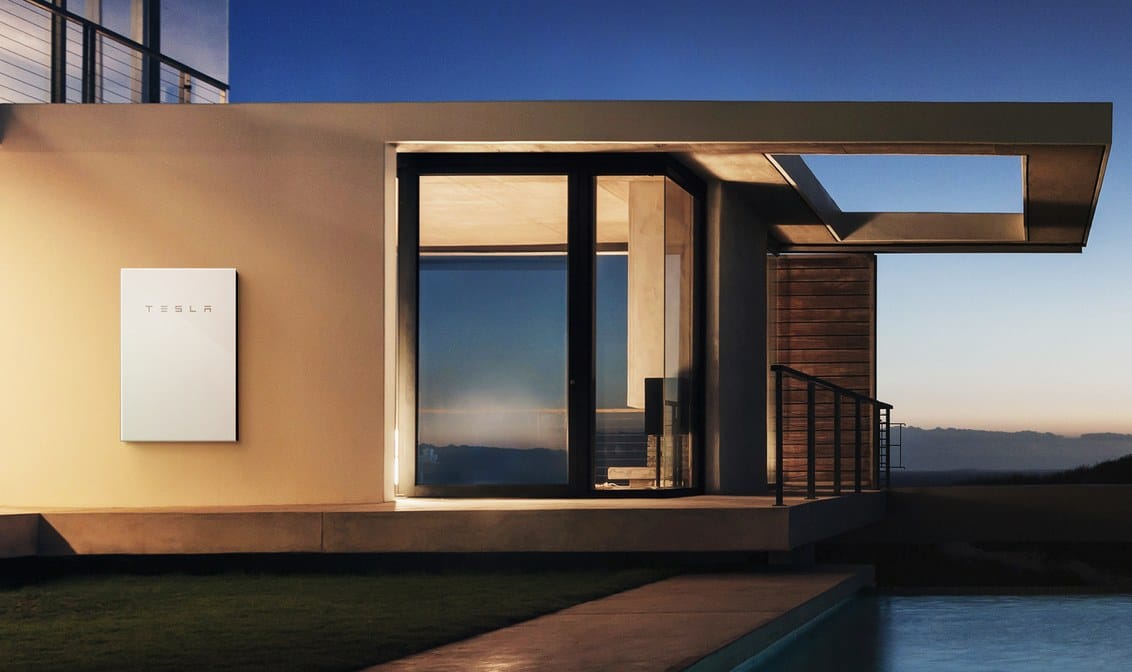 This will naturally save owners money on their energy bills, but doesn’t stop the original cost of the installation being eye-wateringly steep.

Tesla is eager to stress that this includes the complete installation and maintenance of the new roof and in the US cites tax credits as another incentive (owners of a 70% solar roof could get about $15,900 in tax credit). But, compared to the average cost of a new roof in the UK at between £5,000-12,000, this is still a large leap.

Musk is capitalising on the fact standard shingle roofs need replacing every 20 years and his, well, doesn’t. If the roof needs replacing, why not invest in one that not only looks beautiful and lasts a lifetime, but will help mitigate climate change too?

It’s yet to be revealed whether Musk will manage to repopularise the solar industry but, with the power of a brand like Tesla, it’d be surprising if he doesn’t.

Solar power is an elegant mode of sustainable energy – noiseless and low maintenance, the sun always comes out tomorrow. But, until now, those clunky black solar panels have been far from elegant.

While hardly affordable, Tesla has at least managed to make solar energy sexy for the first time. As Musk said: “If you install this solar roof on your house, you’re going to want to call your neighbours over and say ‘Check out this sweet roof!'” Perhaps that’s enough.