The Barbican’s AI: More Than Human – revealing the past and future of AI

From 16 May-26 August 2019, the Barbican is hosting an exploration and celebration of artificial intelligence.

AI: More Than Human at the Barbican Centre takes visitors on a journey from the earliest origins of artificial intelligence (AI) through its cultural and religious expressions and on to the technological advances we see today. But the interactive exhibition doesn’t stop there – visitors are also treated to a futuristic vision of AI, inviting the public to consider the ethical and practical implications of a world that will be fundamentally transformed by intelligent technologies.

The exhibition is based on the premise that AI is a way for us to “understand and recreate human intelligence using machines.” It begins by explaining some of the early ways that humans explored the idea of artificial life and the notion that inanimate objects could be imbued with intelligence. In a religious and folklore context, there are Jewish stories about humans taking creation into their own hands and bringing life to clay creatures called golems. There were also prehistoric societies in Asia that tried to communicate with inanimate objects by giving them human qualities and features.

This indicates just how universal and ancient the preoccupation with artificial intelligence is. It also gives rise to the idea that humans need to see themselves in all things in order to be able to relate to them – we like to see ourselves reflected back as we look out into the world.

We see this preoccupation with having control over creation in Mary Shelley’s macabre novel Frankenstein, where scientist Victor Frankenstein uses electricity to reanimate a creature made of human corpses. Novels, films, and comic books show our cultural preoccupation with AI, and throughout the exhibition there are displays and screens showing clips from films like AI: Artificial Intelligence, The Bride of Frankenstein, and Blade Runner.

Thanks to the industrial revolution, AI began shifting from being a magical, religious, cultural, and scientific mix to becoming firmly rooted in science and technology throughout the 19th and 20th centuries. In the exhibition, visitors can explore the early technological development of AI from Ada Lovelace as one of the first computer programmers in 1842 to Alan Turing’s research into computing technology in the early 1940s, which have been the basis for later AI developments.

Some of the most engaging aspects of the exhibition are the interactive elements. One interactive feature encourages visitors to type a word into an AI programme, which then shows how the word is generally associated and used – whether it’s considered masculine or feminine or seen as relating to machines or humans, amongst other associations. It is one very visual way of seeing how language and prejudice are intertwined.

Human prejudice within datasets is highlighted as a prime concern, as the data machines are trained on will shape the patterns they see and the decisions they make. In 2018, Anna Ridler showed how datasets can be controlled by humans and shape the output of AI. She did this by using pictures of tulips and labels of her own creation to train algorithms. This highlights the importance of ethical data collection and transparency involving how information is labelled and interpreted before it is used for training algorithms. Otherwise we run the risk of AI technologies only representing the teams that create them.

One of the most intriguing aspects of the exhibition is how quickly visitors can swing from being enthralled by AI technologies that serve the greater good, to being startled by a future we can hardly image, and horrified at the deadly implications of some of the technologies. First, you’ll find Pudding, the rather cute interactive robot that helps children with language and literacy skills. 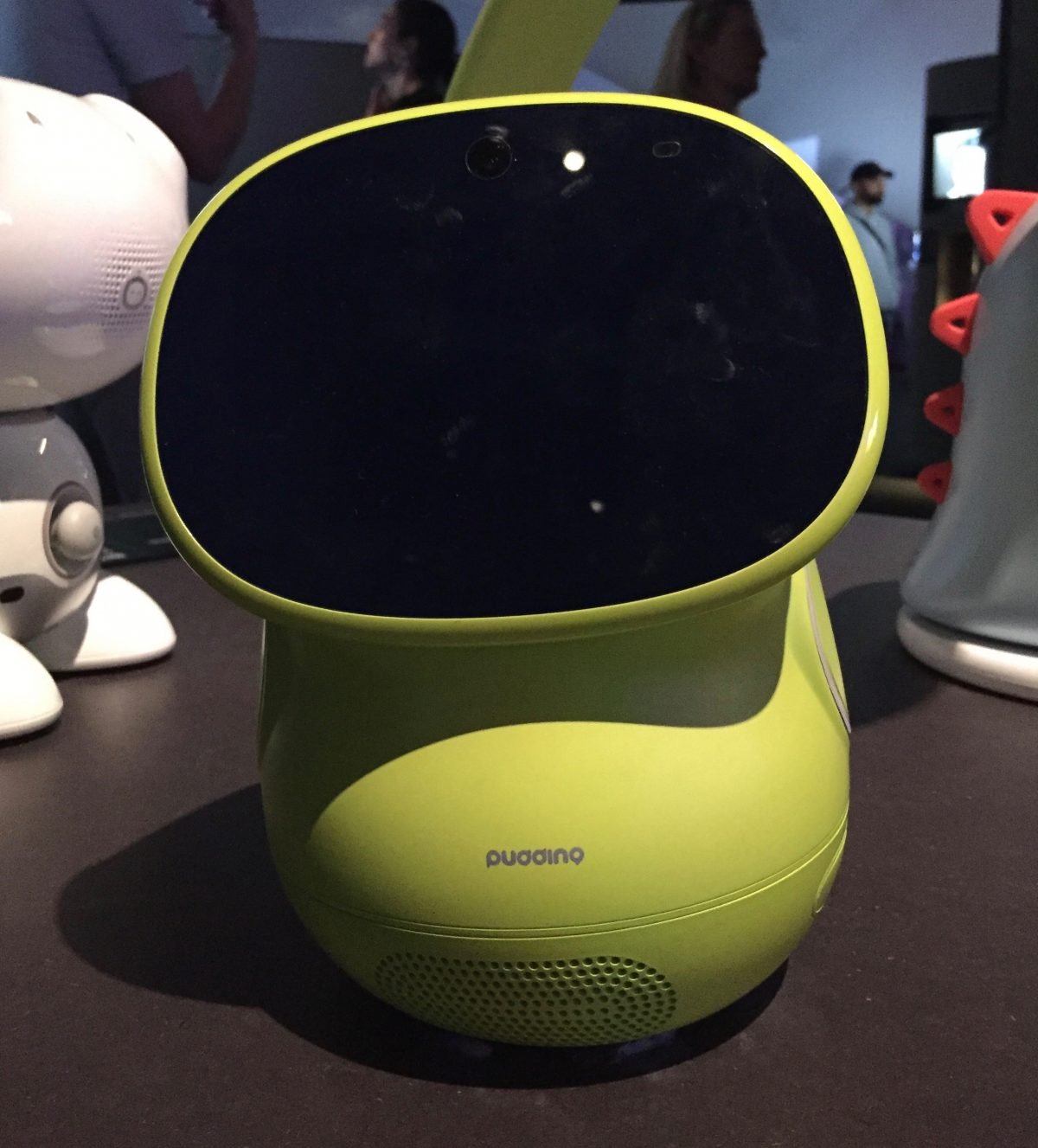 Beyond that is a sealed cube that houses plants grown using the Personal Food Computer – a robotic system that manipulates climate and energy to control plant growth for urban farming of the future. 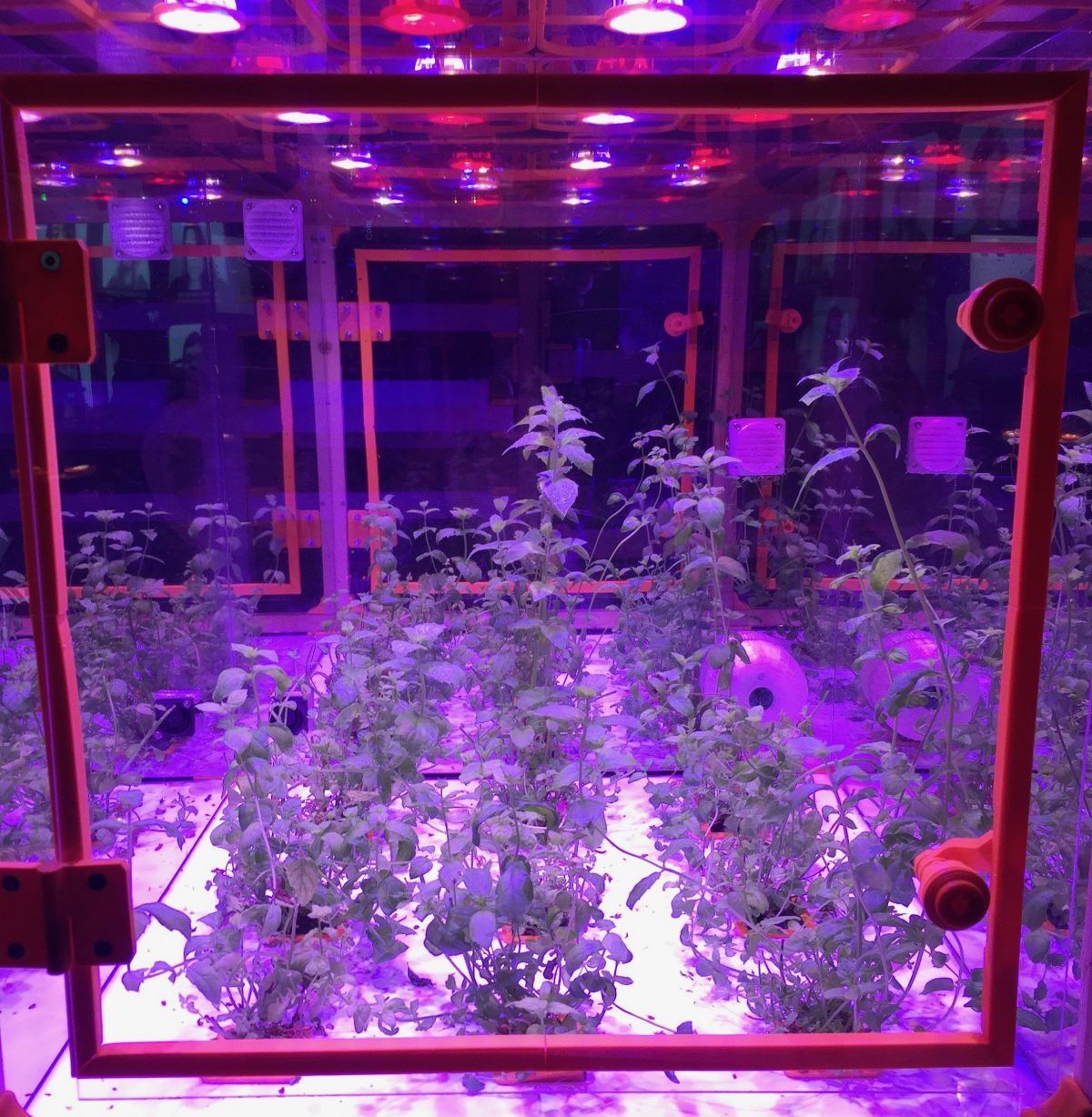 But turn again and visitors are faced with a long list of eminent figures who have protested against the development of autonomous weapons. Figures like the late Stephen Hawking and Elon Musk warn that AI must be used to rectify social wrongs and should not be used as a destructive force. But security officials fear that, as with the proliferation of nuclear weapons, if countries don’t develop autonomous weapons they will be vulnerable to countries that do. As they peruse the varied exhibits, visitors can expect to go from feeling warm and fuzzy at the sight of playful robots to feeling chills of terror at the idea of an AI apocalypse.

Whilst AI: More Than Human asks and answers a lot of questions, there is one question the exhibition doesn’t ask: why are humans drawn away from the natural world and towards the artificial? It is a curious question, especially since we have yet to uncover all the deep mysteries of the natural world. Perhaps the artificial world seems more understandable and therefore within human control, and with control comes safety and comfort. After all, safety is one of the most basic desires of all sentient life.

But whatever questions people have, the reality is that societies will need to be informed and prepared as governments, businesses, and scientists push forward with what they believe to be best for the world. They need the public on board as they roll out AI across pretty much every level of global society, and one way to do that is to hold exhibitions like the one at the Barbican.

If you have a passion for learning about artificial intelligence or just want to get yourself prepared for the inevitable, the AI: More Than Human exhibition is well worth a visit. You’ll come away with some answers but you’ll no doubt have many more questions about what the future holds for our curious, ambitious, and intelligent species.