This week NASA will launch the first off world rotarcraft on its way to Mars.

The Perseverance Rover is set to launch 30th July to embark on its two hundred and three day long journey to Mars. The SUV-sized rover will be intending to seek out any signs of ancient life as well as collect rock and soil samples which could possibly be returned to Earth. This is no normal mission to Mars though, onboard is a helicopter.

Named Ingenuity, this rotarcraft will be the first to fly on another planet. Weighing just four pounds, it’s four foot long rotary blades – that are as light as feathers – will have to rotate at about 2,800 revolutions per minute to create enough propulsion for flight in the Martian atmosphere.

The destination where the flights will take place is Jezero Crater, Mars. An area of flat land that appears to have once been home to an ancient river delta. Here, the atmosphere’s density is under 1% in comparison to that of Earth’s. This low density has caused difficulty in the creation of Ingenuity, resulting in the exceptionally high revolution rate. Such a rate would allow for 100,000 feet of elevation on Earth but will lead to a peak altitude of just 16 feet on Mars. 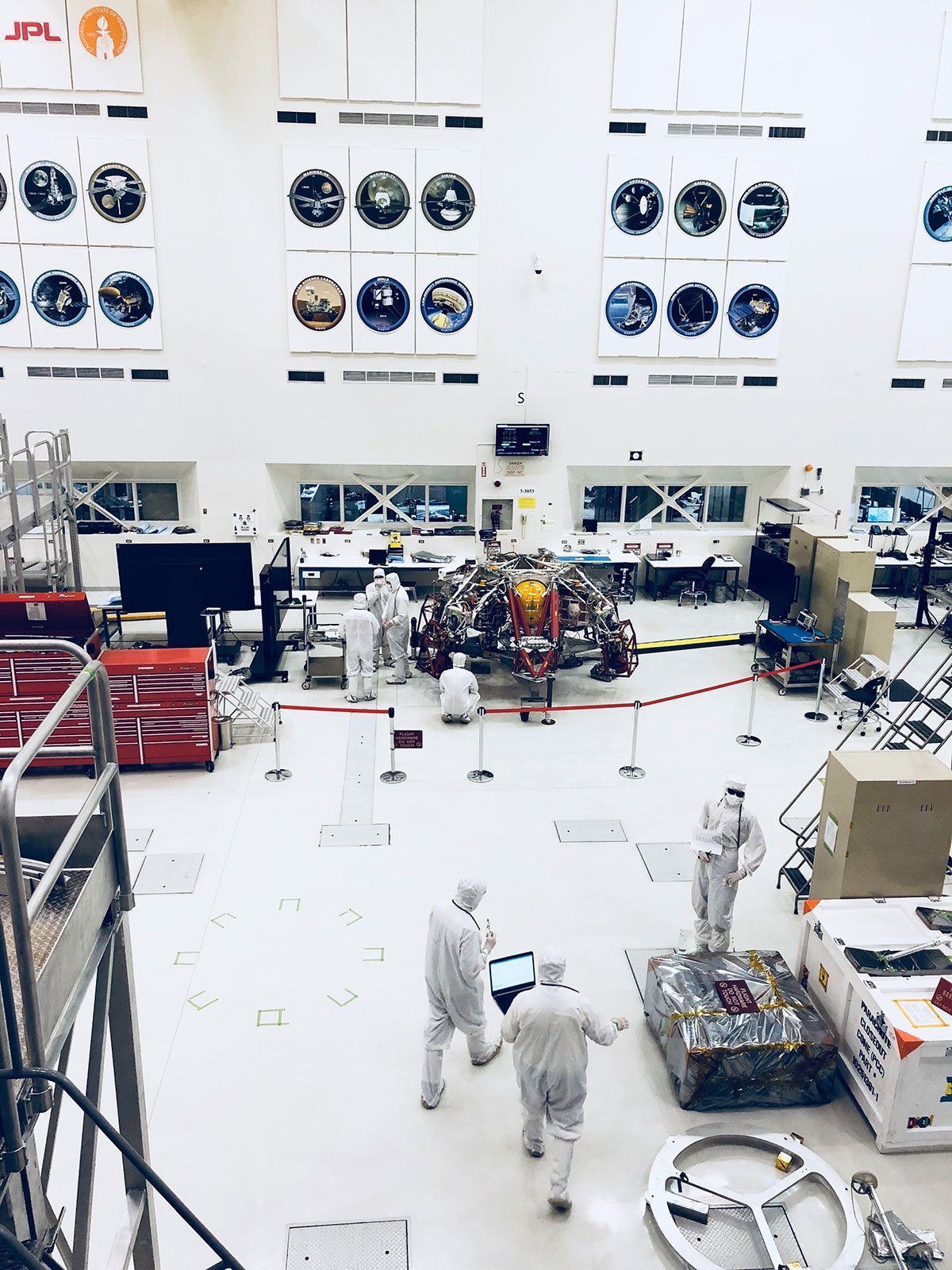 Consequently, the actual flight time on the Inquisitor’s journey should peak at a total of 450 seconds. NASA will attempt up to 5 flights, with each flight consuming 350 watts of power. The 90 second long flights will lead to about 300m of travel which is impressive in comparison to the Wright Brothers’ first flight which lasted 12 seconds. This high power required means just one of these short flights will completely drain the rotarcraft’s battery.

When the battery is flat, the Inquisitor will use solar panels in order to recharge. To gain a full charge, the craft will have to wait an entire day on the planet which equates to 24 hours, 37 minutes and 22 seconds.

At this stage, the purpose of the flights is just to test the technology and to carry out the first ever flight on another world. Though these initial flights will be short in distance as well as duration, the long term effects could lead to whole new ways of exploring other planets. The aerial view provided alongside the much faster, more efficient method of traversing the planet may mean we are able to traverse larger areas in less time in the future.

After passing its Flight Readiness Review on 22nd July, the launch window for Perseverance is set to open 30th July at 7:50 am EDT and it should land on Mars on 18th February 2021.