The transition to clean aviation may take decades, but it is achievable.

The airline industry is a notorious gas-guzzler. Biofuels and electric power are set to revolutionise how we fly.

In an increasingly interconnected and impatient world, the idea of travelling on a boat between London and New York seems incredulous.

The teenage environmentalist Greta Thunberg is making such a journey this month though. She will ride on the solar-panelled racing boat Malizia II to attend climate summits in New York City and Chile.

This is not unusual behaviour on her part. She says she refuses to fly “for climate reasons.” Growing numbers of Thunberg’s fellow Swedes are foregoing aeroplane travel due to its damaging impact on the environment. They even have a word for it: flygskam (literally ‘flight shame’).

The aviation sector may not be the worst culprit: it’s only 2 per cent of global greenhouse gas emissions. But if it were a country, it would be the tenth-largest emitter in the world. And the International Civil Aviation Organisation (ICAO) predicts the sector’s emissions could increase by up to 700 per cent by 2050.

The industry is planning to transition to a net-zero future. In 2016, ICAO adopted a market- based carbon offsetting measure called CORSIA, which aims to cap CO2 emissions from international flights at 2020 levels. The airline trade association IATA estimates the plan will prevent 2.5 billion tonnes of CO2 being emitted between 2021 and 2035.

Airlines must be more ambitious though if they want to help the world achieve the goals set out by the 2015 Paris Agreement, which aims to keep global temperature rises to below 2°C above pre-industrial levels by 2050.

A report last year from the Energy Transitions Commission (ETC) entitled Mission Possible says that such an outcome is both desirable and feasible. This is despite the aviation industry being what it calls a ‘harder-to-abate’ sector –where the costs of reducing CO2 emissions is high.

A core element of the aviation industry’s decarbonisation will be the adoption of cleaner jet fuels and electric aircraft. This technology is in its rudimentary stages, but the ETC says the technology will almost certainly dominate the future market. 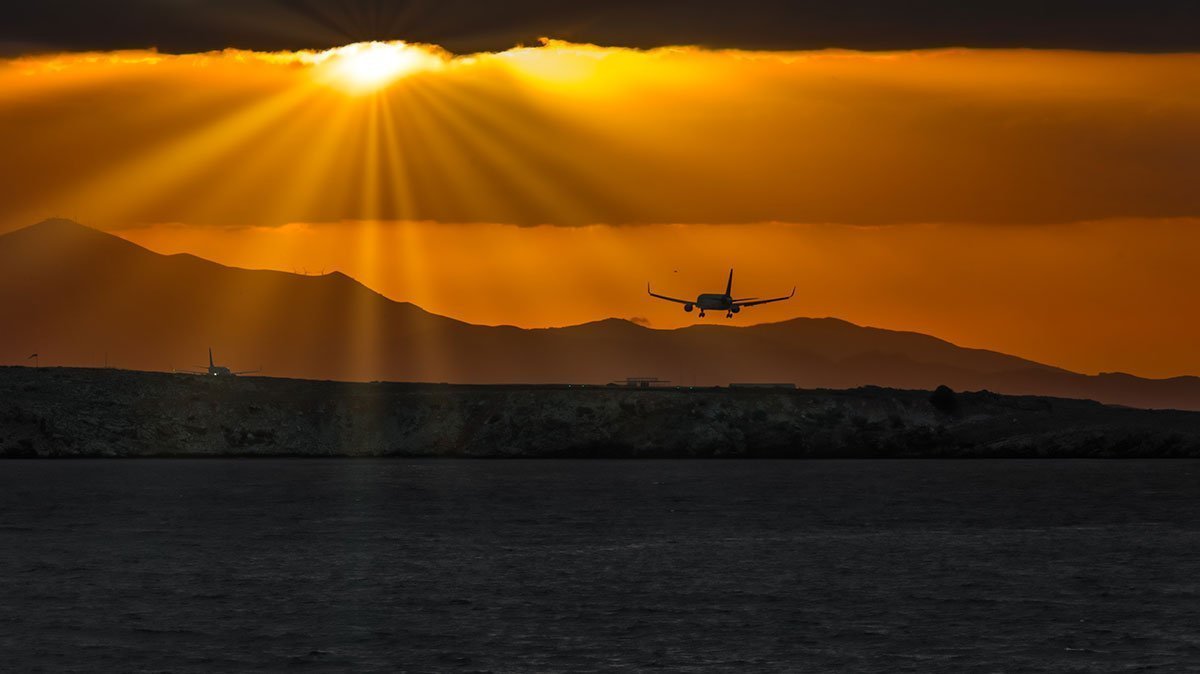 Last year, a Virgin Atlantic flight from Orlando to London Gatwick became the world’s first commercial flight to use a waste-based biofuel. The fuel was created by the biotech startup LanzaTech, who’ve also used bacteria from a rabbit’s gut to make ethanol for cars.

After the successful flight, Virgin founder Richard Branson and LanzaTech called on the UK government to financially support the development of three sustainable fuel plants, which they claim could power all of Virgin Atlantic’s UK outbound flights.

Other major aviation firms are getting in on the action. From 2022, KLM has agreed to purchase 75,000 tonnes of biofuel a year from the aviation biofuel company SkyNRG. According to KLM’s chief executive Pieter Elbers, this is expected to cut the Dutch airline’s annual CO2 emissions by the equivalent of 1,000 flights from Amsterdam to Rio De Janeiro.

Boeing designs most of KLM’s fleet. Both they and their rivals Airbus have invested heavily in electric aircraft. The latter has created a prototype, Vahana, which it hopes will operate as an autonomous “flying taxi” service. In January 2018, the plane spent 53 seconds in the sky and flew 16 feet above the ground. Israeli startup Eviation Aircraft has had more success though. Their all-electric commuter plane, Alice, can fly nine passengers up to 650 miles.

The industry is also turning to hydrogen power. About a decade ago, Airbus abandoned plans to use hydrogen in planes on cost grounds. Now though, research into its use has begun to accelerate. Cranfield University is currently heading the £3.5 million ENABLEH2 project that is attempting to advance the use of liquid hydrogen in civil aviation.

These are promising developments, but biofuels, battery technology and liquid hydrogen are still too expensive to make long-haul flights economically viable. It’s expected to be many years before hydrogen-powered and electric-powered planes become the norm at Heathrow or JFK. The technology is still too costly, unreliable and inefficient to undergo major upscaling.

In the meantime, frequent flyers should be more conscious of the impact caused by flying to their summer villa in Tenerife and their business meetings in Singapore. Governments should also incentivise cleaner air travel as well as alternative transport modes like high-speed rail.

The transition to clean aviation may take decades, but it is achievable. When that happens, flygskam should be consigned to the history books. The fear of flying though – that may be eternal.