To end our Swedish Design Series on a high, we thought we’d champion some of the most successful women working in the Swedish tech industry. Not all women mentioned are Swedish-born, but they are helping Sweden become a world-leader in tech. Though not all are design-based, we appreciate that all women mentioned in this list are business-minded, innovation-led and tech-driven, which would explain why they’re all excelling in their field. We have a mix of well-established women who fine-tuned their craft over the years, as well as some women who are slightly more fresh to the scene, but all are showing everyone just how vital it is that women are heard, seen and supported within the tech industry. One of our key values that we always advocate for here at UX Connections is equality, and equal opportunity. In a male-dominated industry, we are always looking for ways to see more women with the opportunity to have a seat at the table. So, read on to see the many women who are changing the tides over in Sweden.

“You need to be incredibly perseverant, curious and brave. You need the courage to try things out, make mistakes, and try again.”

Anna-Lena Wretman has over 25 years of experience in the fintech industry. As a former CEO of Swish, she helped bring the company the success it sees today. Swish is an app which facilitates mobile transactions between individuals as well businesses through the co-operation of some of Sweden’s largest banks. In 2019, it was said to have attracted a user base of more than two-thirds of the entire population, and has even caused the creation of a new Swedish slang word – ‘swisha’, meaning to make a payment via Swish. She was even granted the 2019 Digital Sweden Award for her work there. As well as this, in 2020, she was named the Digital Leader of the Year at the Nordic Women in Technology Awards, which helps to highlight how much she has done for women within the tech industry. 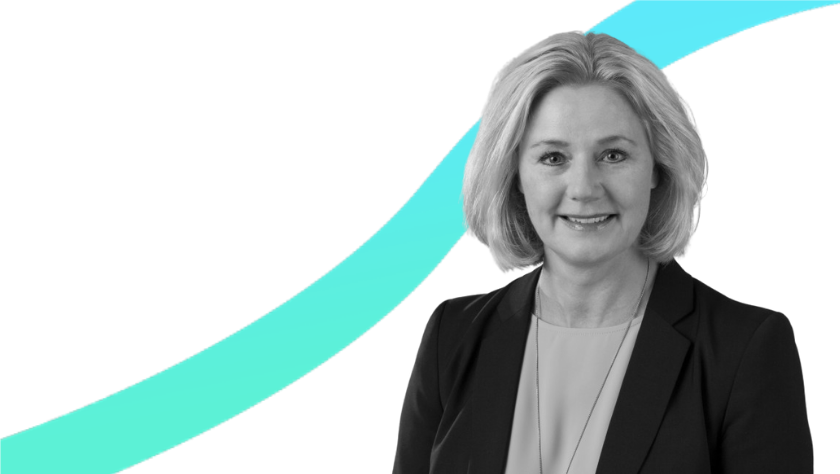 Currently, she works as the CEO at wealth investment platform Fundler, which uses artificial intelligence to allow for personalisation within investment solutions for its users’ savings. Fundler defines itself as one of few fintech companies with an equal management team and a diverse set of employees, which we think is fantastic.

Smriti Mishra has a long list of credentials under her belt to say she only graduated from university in 2019. Working her way up from Researcher, to Scientist to Director at multiple companies over the course of two years speaks for itself. Currently, she works as Head of Artificial Intelligence at Earthbanc, a green digital banking and investment platform who define themselves as ‘the world’s first carbon market that leverages machine learning and satellite remote sensing, to continuously audit and rate carbon offsets’. 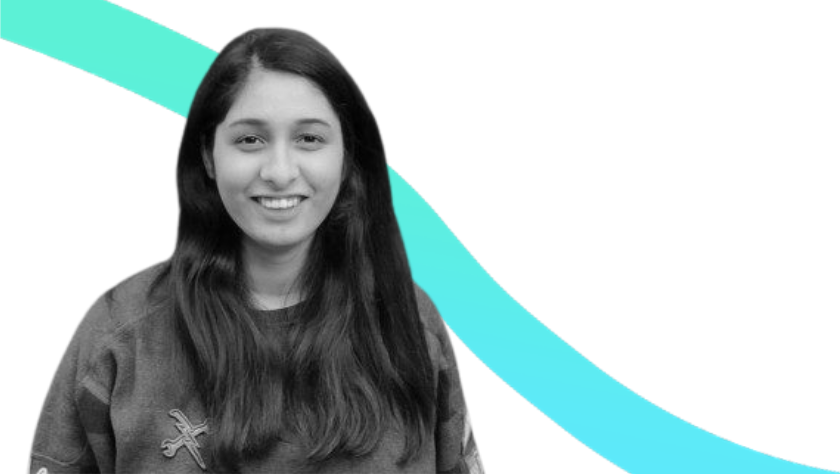 Just this year she was nominated for the Rising Star of the Year at the Nordic Women in Tech Awards, showing how she is already being recognised for the incredible work she has been doing for her field. During an interview with Female Tech Leaders Magazine, she noted how she is well aware of the diversity issues within the tech industry, and specifically in AI itself. She mentioned a study that she had come across that was 99% accurate in detecting male faces but less so for female faces. She realised the reason for this was that 75% of the faces used in training were men’s faces, versus 25% of women’s faces. This, she says, clearly shows the lack of women in tech.

She also mentioned how she never really had a role model in tech who was a female, and many people told her that tech was the field for men. We think Smriti is becoming the role model that she never had, especially for girls in tech throughout Sweden.

Linnéa Kornehed Falck is one of the biggest tech profiles in Europe right now, she even secured herself a spot on Forbes 30 under 30 list in late 2020. She has a background in Computer Science and a passion for all-things-coding. Linnéa is the co-founder, CMO and Deputy CEO of Einride, a Swedish transportation company. Einride was founded in 2016 by Linnéa, Robert Falck and Filip Lilja with the aim to create autonomous, self-driving, electric transport vehicles for a sustainable future. The company has received a lot of attention for its innovation, recently being included in Time’s list of The Best Inventions of 2021. Linnéa has been a big part in securing the company’s success, working with long-term strategy as well as overseeing design, public affairs and marketing, all whilst sitting on the board of directors. 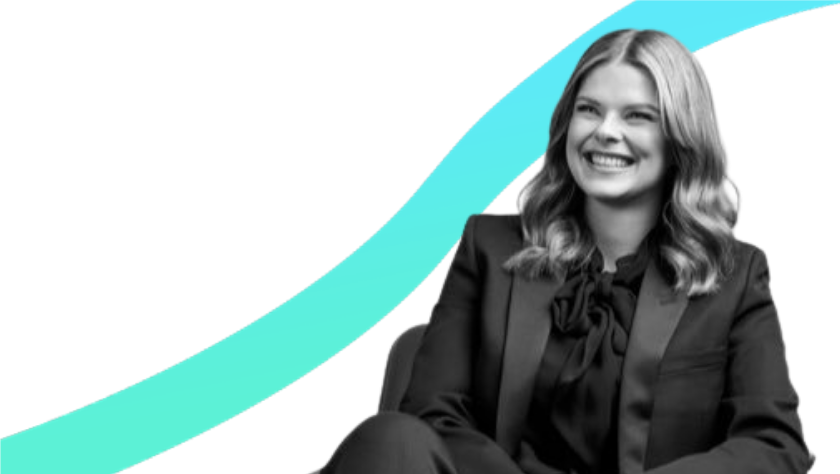 In a self-written article, she mentions how the most powerful piece of advice she was ever given was to stop meticulously planning and organising the input, and instead focus on output. Clearly a fan of the ‘lean startup’ method used by successful companies over in Silicon Valley, she says the most powerful thing you can do is to just start creating and building, and ‘see what sticks’ when you’ve thrown everything at the wall. Clearly, this worked for her seen as Einride claims to be the first company in the world to drive an autonomous and electric truck on public roads. We’re sure Linnea will go on to do even more during her career in tech, and show girls all over the world that they can do whatever they want, too.

“The good thing about being a woman in tech is that we can recognise each other, the struggles, and we can sit and share a lot of similar experiences”

Juliana Araujo currently works as Head of Product Development at Kambi, a company defined as a ‘provider of premium sports betting technology and services to the regulated global betting and gaming industry’. With over 8 years of experience leading analytics, data, and product teams to build data-driven products, she is deeply ingrained and well-versed in the Swedish tech industry. As mentioned in an interview with Ellie King, she thrives in leadership roles, and focuses on helping people find their motivation and grow within themselves and their job.. She believes mentorship can inspire transformation, and issues such as Diversity, Inclusion, and Equity in the workplace are held close to her heart. Due to her amazing efforts, she was nominated for Mentor of the Year at the 2021 Nordic Women in Tech Awards, and of course – she won! This goes to show just how important her work is for women wanting to enter such a male-dominated industry. 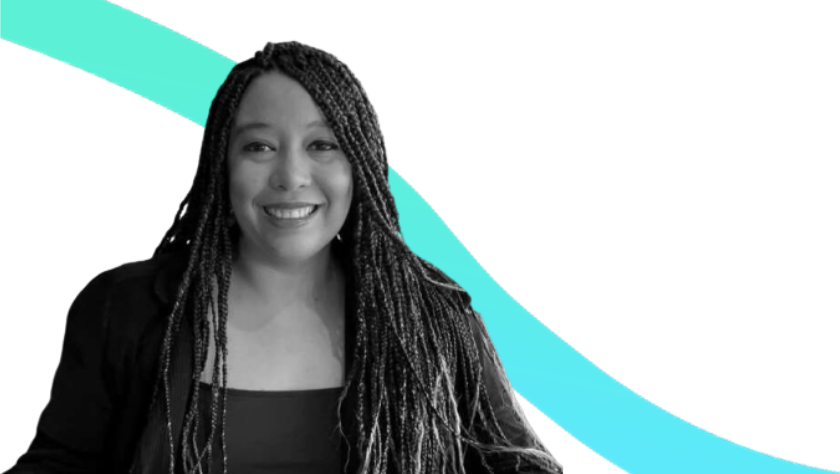 Her passion to help bring more diversity and equity to the tech sector is exactly what drove her to become the CEO and Founder of the Non-profit organisation ‘Beela’, which helps immigrant women and non-binary people get into the tech scene over in Sweden. If she wasn’t already busy enough, she is currently writing her Master Thesis is IT Project Management, which explores  the underrepresentation of women in leadership roles within tech projects. She mentions how there is no model for increasing women engagement when it comes to leading projects, and how current solutions that we have are not having a positive effect.

Clearly, Sweden is home to many successful, glass-ceiling-shattering women who are paving the way for future generations of women who want to have successful careers in the tech industry. Of course, this list only names a few of those women, but there are many more throughout Sweden, as well as the rest of the world, creating the space for change and transformation everyday.