VR creators have mastered sight and sound in the virtual world, but is it possible to introduce a third sense to the equation?

Last week, a few of our team members went to go check out Imagination Labs’ VR baseball game Hyde Park BST. While too popular to play ourselves, it was clear certain features were adding to the believability of the virtual world.

There was the satisfying sound of the ‘bat’ hitting the ‘ball’. A quadraphonic sound system created immersive sound, placing the user right in the middle of the pitch. But one thing stood out – the bat itself. 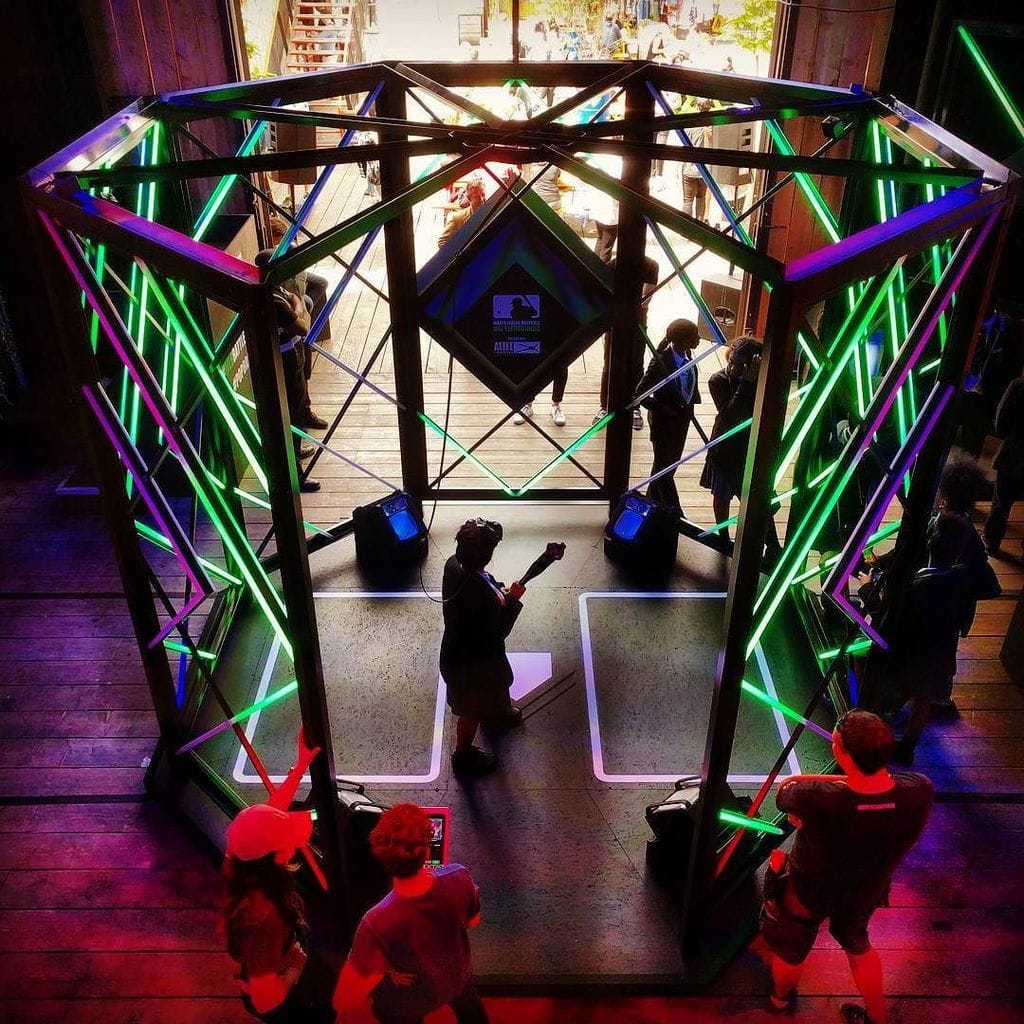 If you remember playing tennis with a Wii Remote you’ll know that, despite the pleasing haptic feedback in the form of vibrations, it never really felt like you were playing tennis. The weight difference and lack of drag firmly reminded users that they were using a games console.

But a controller that looks and feels the same as the object you’re meant to be using begins to blur that perception, allowing users to believe more fully in the VR. By designing the controller to feel like a real baseball bat – even down to the grip tape on the handle – Imagination Labs has started merging the virtual with reality.

Yet even more advanced technology is on the way.

The main barrier to making the virtual world feel real lies within the senses. While you can easily see and hear the world, you can’t yet touch it.

That could all change however, with the dawn of the kinaesthetic glove. Researchers at the University of California have designed a glove that could potentially make people feel like they’re touching or holding virtual objects. 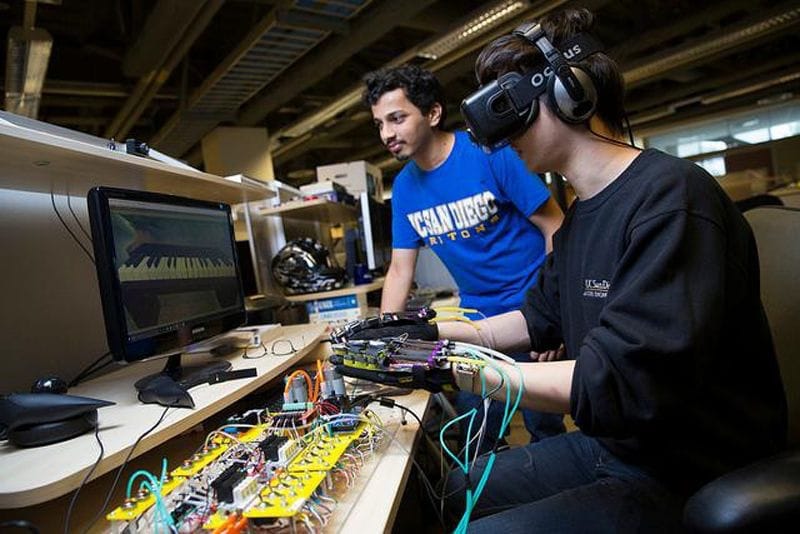 Inspired by the tech used in soft robotics, the glove is covered with pneumatic muscles – air-filled sacs that can inflate or deflate to provide pressure on the fingers. The pressure feedback is controlled by tracking the movement of the hands.

Still a prototype, the gloves have so far been used in a demonstration with a virtual keyboard. While testers reported the feeling as ‘mesmerising’, they noted a delay in the response – something that would likely need improving to be wholly convincing.

Things could go a step further than just touch. TEGway, a developer of thermal electric generator devices, have designed a gadget that allows you to feel heat, cold and even pain in the virtual world.

Called ThermoReal, the device can rapidly change its temperature – cooling down to 4C or heating up to a max of 40C. 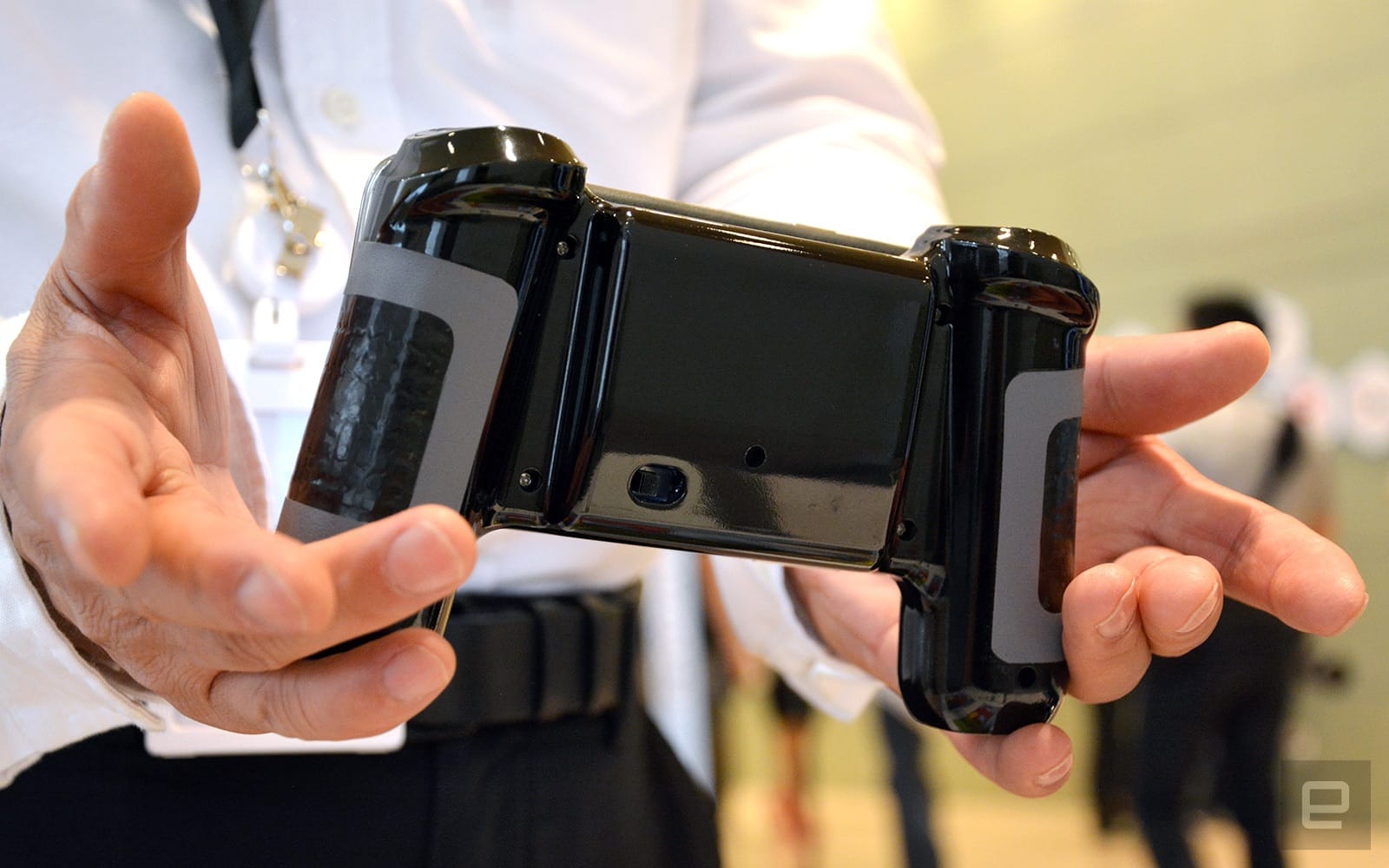 Perhaps even more impressively, the gadget can even make the user feel pain. Simultaneously providing heat and cold in two different area replicates a sharp pinch on the palm of the hand, a little like an insect bite.

Richard Lai, from Engadget, reported that the device felt “scarily real” when tested with a VR simulation of a candle flame coming closer to his fingertips and it’s easy to imagine how this could add a whole new level of immersion to VR gaming in the future.

The company are now hoping that hardware makers will want to incorporate their technology into joysticks, gloves and other game controllers.

These are both a few years off hitting the shop floor, so gamers shouldn’t hold their breath. However, when it does, it’ll be exciting to see the immersive applications of this tech in gaming and the virtual world.