Universal translation: Is this sci-fi technology soon to be a reality?

Universal translation has long seemed like a far-off fantasy, found only in science fiction. But could it soon be a reality?

New York-based tech startup Waverly Labs are working hard to ensure we can converse with literally anyone we encounter, no matter what languages you’re able to speak with a translation device that fits into your ear, providing the user with a language translation that is as ‘real time’ as it is possible to get.

Inspired by the babel fish, the tiny, brain-wave decoding fish found in Douglas Adam’s The Hitchhiker’s Guide to the Galaxy, ‘The Pilot’ is a set of wireless headphones which are designed to be shared – each participant in the conversation wearing one headphone each.

These noise-cancelling headphones will filter out background noise, picking up only human speech, before passing this speech through the Pilot app, where the language it receives will be analysed and translated in real time. In theory, this small wearable device will allow participants to converse seamlessly, despite speaking different languages.

So far, so cool. And the world is clearly enthusiastic about in-ear translation devices such as ‘The Pilot’ – retailing at $249 for a pair, pre-order sales for the product are currently standing at over 5 million dollars. The very idea of a real-time translation device is the stuff of every sci-fi fan’s dreams – yet, their initial appeal by no means guarantees their long-term success.

As other wearable tech creators have discovered, getting people to consistently adopt wearable tech is hard. Innovative tech products such as Google Glass were greeted with huge amounts of excitement and interest, only later to be widely panned. And whilst concerns over privacy may have also contributed to Google Glass’ commercial failure, it’s first problem was much more fundamental – and dare I say it (for a piece of tech that looked like a pair of cyborg prescription glasses), blindingly obvious. It just looked odd.

Whilst we may all now be used to donning a pair of headphones wherever we go, the truth is, wearing a set of wireless headphones still looks – well, a bit odd too. Despite a lot of industry noise, wired headphones are still outselling wireless ones.

The Universal Translation gadgets found in shows such as Star Trek may fit seamlessly into a universe of light-speed space travel, but wireless headphones don’t yet quite blend into the modern world as we know it – meaning it could still be sometime before they become commonplace. 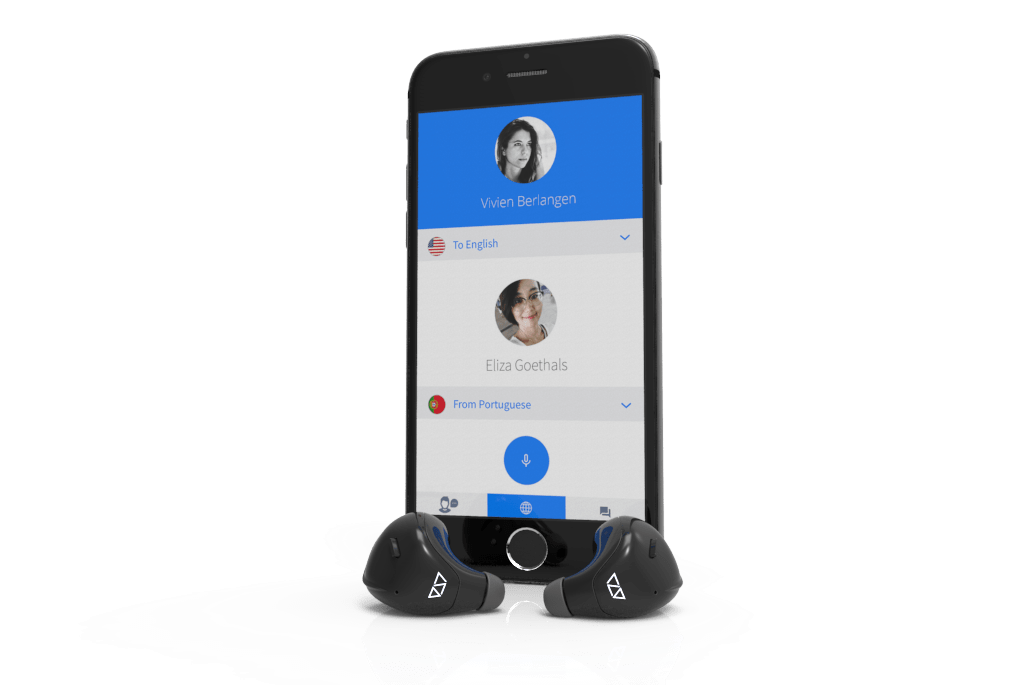 It doesn’t work offline – yet.

Although Waverly Labs say they are in the process of designing a version of the Pilot which will work offline, many users might find that ‘The Pilot’ is not quite the world-wide travel companion they were hoping it to be. The first generation due to be released will rely on having a data connection – meaning it could incur huge data charges when used outside of the EU, and be rendered useless in areas that have patchy, limited, or even no access to Wi-Fi (and yes, Wi-Fi-free zones do still exist).

The translation algorithms aren’t there yet

The way we use language is complex, and our everyday speech is often imperfect – we ummm and ahh, we pepper it with slang, we leave our participles dangling, and particularly here in the UK, we speak with distinct regional accents. All of this can leave the language algorithms used by ‘The Pilot’ struggling – and although the algorithms used may be highly sophisticated, it is currently still prone to producing some glaring errors in translation.

Whilst the occasional mistake might be acceptable to the casual user or language learner, in situations where accuracy is crucial – a business meeting, or even simply understanding directions when lost in an unfamiliar city – the algorithms behind this in-ear translator just aren’t quite up to scratch. It may not stay that way for long, however. According to Waverly Labs, the more people who use ‘The Pilot’ the better the translations become.