A look back on our trip in Amsterdam

At 4PM I left my desk to catch my flight from Heathrow. Meeting with the rest of the team (Chris, Claire, Hayley & Liza) on the way there, our excitement slowly built up as we moved from station to station on the underground tube. Arriving at the airport we quickly passed all our checks, had a meal and began the short flight to Amsterdam, managing to fit in a nap. We arrived at the airport, and grabbed the next train heading towards our hotel. Leaving the train station we entered the city buzz as the trams, bicycles and tourists rushed by. We approached a more serene setting with peaceful canal roads the closer we got to the hotel. At the Hoxton hotel, we settled in for a night’s rest and prepared for the upcoming conference days.

Off to an early start, we met up in the lobby, planned our directions and began walking through the cobbled streets and alleyways to reach the conference. Each street was filled with intriguing independent stores, cafes, and restaurants. By the time we arrived, several hundred visitors were already in queue to grab their tickets and RFID wristbands. With nothing to do but look at the conference from the outside for the first hour, we had used the official event app to plan out the day and who we’d wanted to see speak.

Tim Houter’s Hyperloop future, is one of the many to follow in the steps of Elon Musk to achieve faster and efficient travel with Hyperloop transportation. His passionate and confident talk gave the audience a hope for the future vision commuting will be fast, affordable and can span city to city distances.

Adobe also had a stand to demonstrate their recent Experience Design (Adobe XD) software package intended for UX designers. Some things that interested me were it’s ultra-fast prototyping capabilities, client feedback sections, and wireframing tools. It seemed like a well balanced combination of Axure and Sketch, and could prove to become a standard tool in the UX industry.

After the excitement of the first conference day, we were exhausted and hungry. Luckily enough, Restaurant ‘t Zwaantje was just a few minutes from our hotel and provided some amazing dutch meals, like the stewed steak with vegetables, and chicken in a pot!

Walking around to get to our every destination was getting too long followed the locals, we rented some bicycles from a local bicycle store. Once we arrived at the conference, I checked out the food stands and grabbed some crepes and hot dogs using the clever RFID wristband. Walking through the different tents and buildings, I out found that PWC were custom printing t shirts for people who could complete one of their puzzle games. I had to have a souvenir to remember this trip so I had a go at it and won a shirt!

Moon Ribas’s fireside chat about the cyborg foundation and how she identifies herself as a cyborg. Moon has a device implanted into her arm, which is connected to several global seismic activity monitors. When these monitors report a reading, her implant vibrates and she ‘feels’ the earth. This apparently gave her a greater appreciation for the planet and nature, as well as inspiring her own work in art and dance. The overarching insight that I gained from this chat was the thought that humans may need to better equip themselves to live on this planet, rather than change (and in some cases damage) the planet to fit them.

Chris Guillebeau’s talk was also insightful and quite practical. He runs the Side Hustle School organisation which shares resources and podcasts about how people make income from hobbies, passions projects and other activities outside of their full time employment. It was a practical talk on utilising the skills you have or might want to learn and applying them to things that could benefit others and earn extra income.

With the day coming to an end, the conference wrapped up and we had tickets to visit a VR Cinema. Taking a detour through Westerpark, we cycled back to the city square. We arrived at what looked like a luxury hotel, and received our tickets. The experience had an option of 3 genres, Scary, Documentary, or Kids. It had to be Scary. Strapping in for a 30 min compilation of horror VR clips, we explored the different styles and techniques used by today’s VR content creators. Although it wasn’t really frightening, it’s always great to see how VR capabilities are progressing.

With the weekend here, we slept in little longer in the morning. After a brief hotel breakfast, we rode to Bodyworlds, a great exhibition exploring the human body with the theme of ‘happiness’. The whole exhibition had a surreal atmosphere as some of the models / body parts were from real plasticised (preserved) human bodies!

We then visited a local market in the De Pijp area. It reminded me of some of the markets I used to go to back in London, with off-brand clothes, cheap electronics, city souvenirs and food spread through the stools. Going back to the hotel for a mid-day break, we recuperated and went out for one last evening dinner at Dante Restaurant by a canal.

Before our departure, we visited some of local stores and managed to find some gifts for friends and family. We packed up, returned our bicycles, and headed off back to the airport. In almost no time, we were back in a surprisingly sunny London and one by one separated to make our way home before the work week started once again. 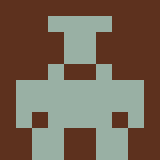