The $399 Steam Deck is a powerful gaming PC in a Switch-like form factor.

Valve’s newest release will allow you to take your entire Steam library on the move—or to the couch.

The Valve Steam Deck is what every handheld console aspires to be—a powerful system equipped with cutting-edge hardware with a behemoth library of games to run right off the bat.

The design and the form factor of Valve’s handheld is very similar to the Nintendo Switch: the device comes with two aligned thumbsticks, with a D-pad and ABXY buttons on either side of the 7-inch, 720p touch display. The design features two trackpads directly underneath the thumbsticks for greater accuracy in fast-paced first-person shooters—where it isn’t competitively viable to aim and shoot using the sticks. 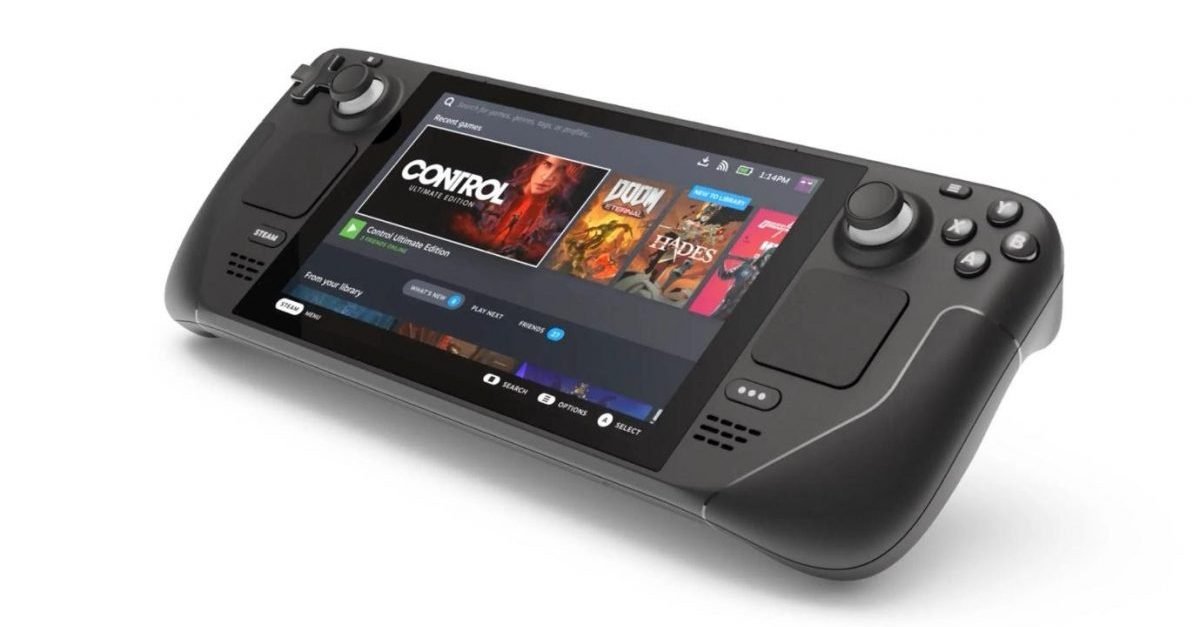 The $399 handheld is powered by a 4-core, 8-thread AMD Zen 2 APU and RDNA 2 graphics—equipped with architectural components similar to the latest ninth-gen consoles.

The base model of the Steam Deck arrives with 64 GB of eMMC storage for lightning-fast load times, is equipped with 16 GB of the top-of-the-line LPDDR5 RAM clocking 5500 mega transfers per second.

Currently, Valve is offering three storage tiers—the base model with 64 GB eMMC storage, and the NVMe SSD models with 256 and 512 GB of space with faster load times. There’s an option to expand the available storage through a microSD slot in all three models.

The Steam Deck can pretty much be hooked to any peripheral via Bluetooth or with a USB-C connection, including headphones, wireless speakers, and third-party gaming controllers.

What’s interesting about the handheld is that Valve isn’t marketing it as another entrant in the line of the ninth-gen gaming consoles. The Steam Deck is a miniature PC on its own.

When asked by IGN if the console could run other PC applications, Valve developer Pierre-Loup Griffais responded that the Steam Deck could “pretty much run anything” that could run on a PC.

The reservations for the Steam Deck open this Friday.