You’ve probably heard the term ‘Web 3.0’ tossed around, it’s quite a hot topic amongst tech and web circles, but outside of that niche, few people know what it is, where it’s going, or where it came from.

As the naming convention suggests, Web 3.0 was preceded by web 2.0, and that by web 1.0, or the ‘world wide web’ as it was originally called.

Web 1.0 was the web of AOL and MSN messenger, the web of dial up modems and static web pages. The speeds of broadband were naught more than a madman’s dream.

Web 2.0 turned the internet on its head and turned it from a place to observe content, into a place where you could interact, download and generate your own content. Web 2.0 is the web of social media and Youtube, streaming video/audio and an infinite number of annoying group chats you don’t really read. As Web 2.0 blossomed, so did the online community, now half the world is connected.

Web 3.0, will be the next big evolution of the world wide web. Building on the foundations of those that came before it, and hopefully learning from past mistakes. Some have envisaged Web 3.0 as a return to the golden days of the world wide web, with more privacy and security, somewhat akin to how it used to be. But right now, just what 3.0 will bring is somewhat a guessing game. 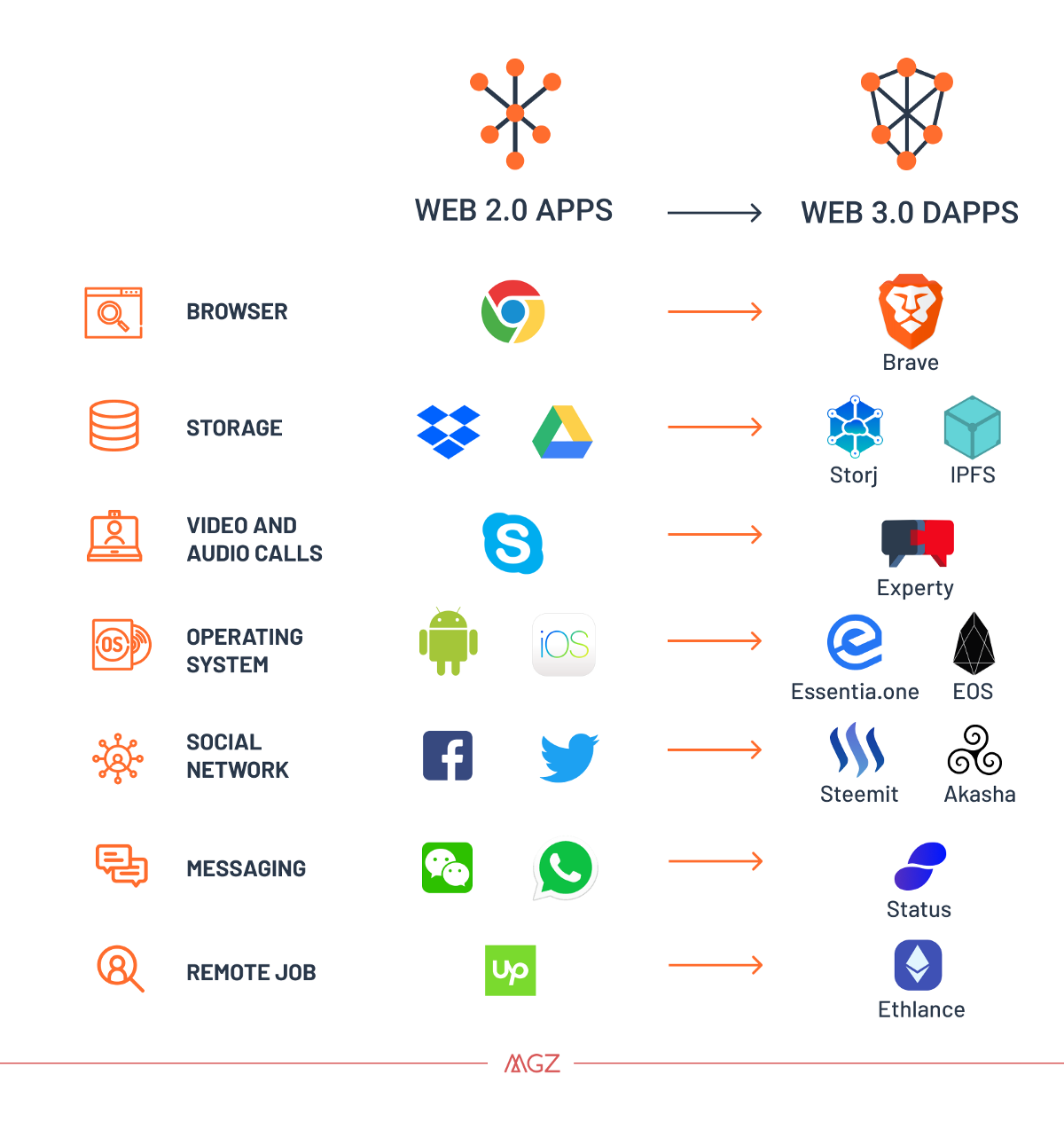 What changes can Web 3.0 bring?

Visually – very similar to Web 2.0, what will change will be the driving technologies and how the web operates in the background.

We have already talked about some of the technology that could make Web 3.0 a reality, such as 5G, but the heart of 3.0 will be blockchain – another tech buzzword you’ve no doubt heard. Issues with Web 2.0 include the centralisation and monopolisation of big data.

Companies like Facebook dominate the web, with little room for competition. Blockchain, and Web 3.0, aim to decentralise the internet again and avoid a ‘black mirror’ style future we love to watch, but would hate to experience.

Blockchain, the technology behind bitcoin, removes the middle man of the internet. The data is stored everywhere, meaning the giants like Alphabet and Apple will no longer have access to user data. The encryption behind blockchain will also ensure user security, and cause a huge reduction in data breaches.

Some think that Web 3.0 will mean a deeper integration of artificial intelligence in the web. One potential use would be in search engines, combining traditional search engine techniques with machine learning to work out which pages are best, filtering out good and bad. This could also lead to a rise in virtual assistants, which are already on the rise as 3rd party apps and devices.

Interconnectivity will play a huge part in Web 3.0, no matter the path it takes, the increasing number devices connected to the ‘internet of things’ we talked about last month is partly driving this, along with the development of 5G technology. The blurring of lines between media, communication and computing devices has growing exponentially in the last decade, and it will be interesting to see where the developments go in the next decade.

The change, as was the change from 1.0 to 2.0, won’t happen overnight. The phasing in of Web 3.0 will be a gradual process, and the visual similarities to web 2.0 will mean many not even be aware of what is happening. The speed of the change is subject to the investment and acceptance of the driving technology behind Web 3.0, such as blockchain and 5G.

One thing is certain however, the change is coming, and there is no stopping it now.