Just what is the Internet of things?

Last month, we looked at what the development of 5G might offer beyond faster mobile internet, and one advantage is bandwidth to connect more devices to the internet wirelessly, and I mean a whole lot more.

Everyday more and more ‘dumb’ items are being connected to the so called ‘internet of things’ or IoT for short. Everything from your fridge to dog collars, can all be used to collect and share data with one another.

Some have said that this will bring about a ‘fourth industrial revolution’ with the many businesses using the IoT in some aspect by 2020.

The recent explosion of smart home hubs and speakers like Alexa and Google Home are good evidence that the IoT is not far away, that is, if it isn’t here already.

At its core, the IoT is simply devices that talk to each other, like your smartphone, smartwatch and home pod systems for example. In a broader context, it refers to anything that’s connected to the internet. From phones in your pocket to scientific sensors monitoring for earthquakes.

How many devices are we talking here?

Right now, estimates for the number of devices connected to the IoT stand somewhere around 8.4 billion devices in 2017, up 31% from the previous year. By 2020, that number could be as high as 30 billion devices. Although it’s worth noting that IBM once suggested the IoT would number over 1 trillion devices by 2015, so maybe take that with a pinch of salt. 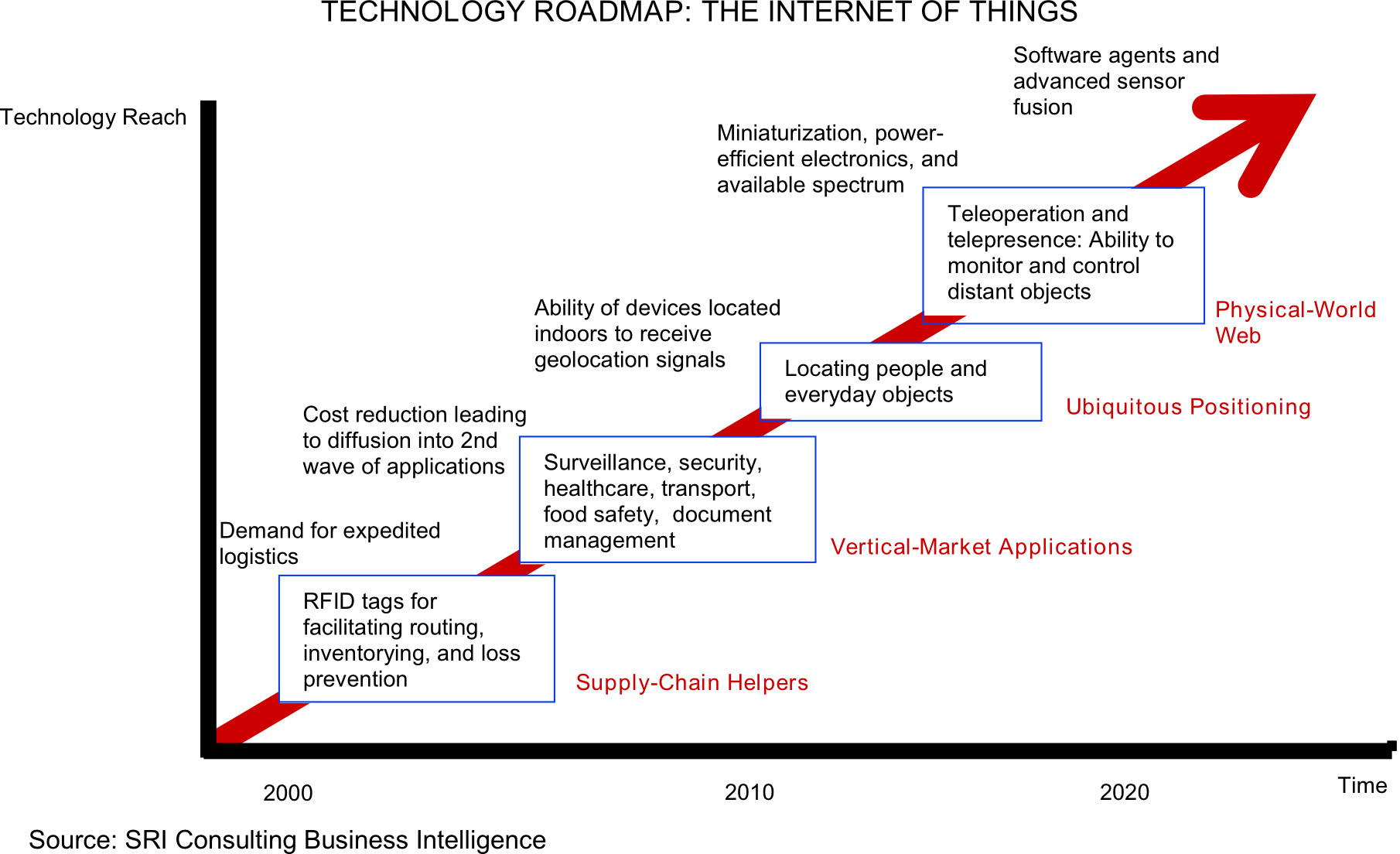 The Internet of Things holds a vast capability to upgrade our world. Source : Wikimedia Commons

The applications of the IoT are beyond vast, but are generally considered in three main categories, from ‘consumer’ to ‘enterprise’ and ‘infrastructure’. George Osborne, the former Chancellor of the Exchequer, suggested that the Internet of things is the “next stage of the information revolution and referenced the inter-connectivity of everything from urban transport to medical devices to household appliances.”

What sort of uses could the IoT provide?

One potential application of the IoT, for the everyday consumer, is smart shopping. We’ve looked at AR assisted shopping, but the IoT could offer shoppers live updates to their phone from their home. One suggestion is that sensors within a fridge relaying what the consumer needs to buy while they are in the shop.

The flip side of this is the use of IoT for enterprise, looking at consumer habits, such as purchasing, in such detail could improve the efficacy of targeting advertising and promotions. But this calls into question an issue of privacy, does Tesco really need to know that all I’ve got in my fridge is milk and some sad looking spinach? Probably not.

The agriculture and farming industries have not been slow to latch on to the IoT. Wireless smart sensors in fields can relay precise environmental conditions – temperature, rainfall, humidity, wind speed, pest infestation, nutrients, and more to farmers. Giving farmers the ability to make informed decisions about their work, such as when to harvest, or when to deploy pesticides.

Urban infrastructure could also stand to make significant gains from utilising the IoT. Songdo in South Korea is aiming to be the world’s first completely connected ‘Smart City’. In Santander, Spain, 18,000 of the cities 180,000 residents are using the city app. The app collects data from over 10,000 sensors to feed citizens data about parking spaces, environmental monitoring, and a city agenda.

Health technology, like blood pressure monitors and pacemakers could also be part of the IoT, providing doctors will real time updates on their patients. Some hospitals have begun implementing ‘smart beds’ which report to a computer system if they are occupied and alert nurses if a patient tries to get up. All whilst automatically adjusting the shape of the bed to provide the best support to the patient.

I could go on, the opportunities that the Internet of Things offers are vast and virtually uncountable. From better driverless cars to smart fridges, and remotely monitored fields, the IoT is well on its way to becoming, as some have said, the ‘fourth industrial revolution’