After reviewing the history that has brought us to the age of the Metaverse, we are going to take a look at those who are developing the software that will bring this revolutionary dimension to life.

What are they building?

Though I have written on what the word metaverse means and where it comes from, we have not discussed what it actually is. The substance and software, the tangible and technical matter that will make up the next iteration of the internet is incredibly important as this is what the developers are creating.

Jon Radoff, author of Building the Metaverse, talks about the 7 layers that make up the metaverse. His description begins with the top layer – Experience – however I feel that the best way to see the scope of the metaverse is to begin with layer 1.

Infrastructure. The 5G and future 6G, Wi-Fi, and other technologies that connect the various nodes together to form the network for the next layers to reside on. This is the most basic physical layer of the metaverse. 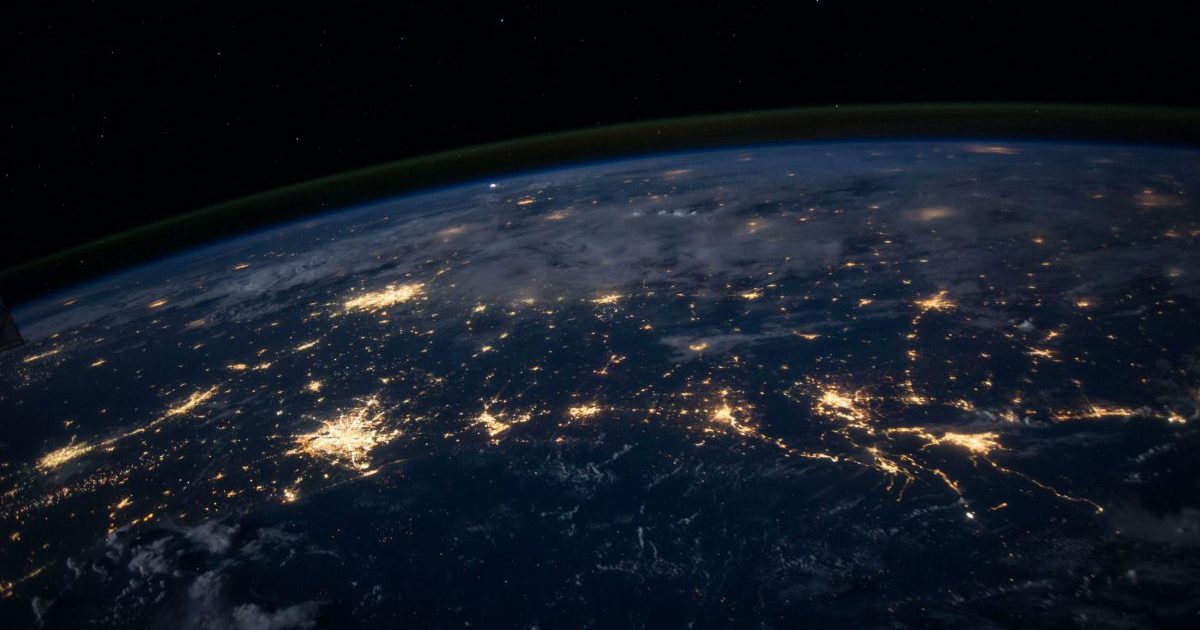 Next is the hardware based Human Interface. The layer that will come in to replace traditional mobiles, tablets, or laptops to bring the next generation of immersivity with virtual or augmented reality that brings the mainstream commercial USP for the metaverse. This will bring in huge players from all areas of tech, from Oculus to Snapchat to Neuralink, who have developed their own hardware for various purposes.

Decentralization – the 5th layer – revolves around the interoperability of the metaverse. Whilst a few tech giants have attempted to over-monetize by taking complete control or by sharing between a few oligopolists, however exponential and rapid innovation is only maximized in free markets with as many developers as possible working and creating their own sections of the metaverse.

After this is Spatial Computing which brings the software to match the hardware of Human Interface that allows us to map surroundings, process and generate 3D graphics.

The Creator Economy is linked to Decentralization in that it encourages interoperability and the open-source creations that the internet relied upon. For this to exist we will need a series of creator tools that enable anyone to create virtual spaces in the metaverse in the same way that those with no tech knowledge are able to build websites now through services like SquareSpace.

Discovery is another important aspect. This can be likened to social media, ads, and marketing emails that you see whilst browsing whether you actively seek them, or they find you. The Discovery layer will mean that you are not simply exposed to your small circle of interests and relations within the metaverse but instead have new content, areas, people, products, and places thrust at you to ignite that insatiable human itch for discovery that is targeted by these marketing ploys.

The final layer – Experience – is the user’s target software. The areas of the internet that you use it for: games, social networks, shopping sites, media and more. The Experience layer is the end goal of a journey in the metaverse whilst Discovery is the sights and scenery that lure your attention whilst you wander through the winding paths made of the first 5 layers. 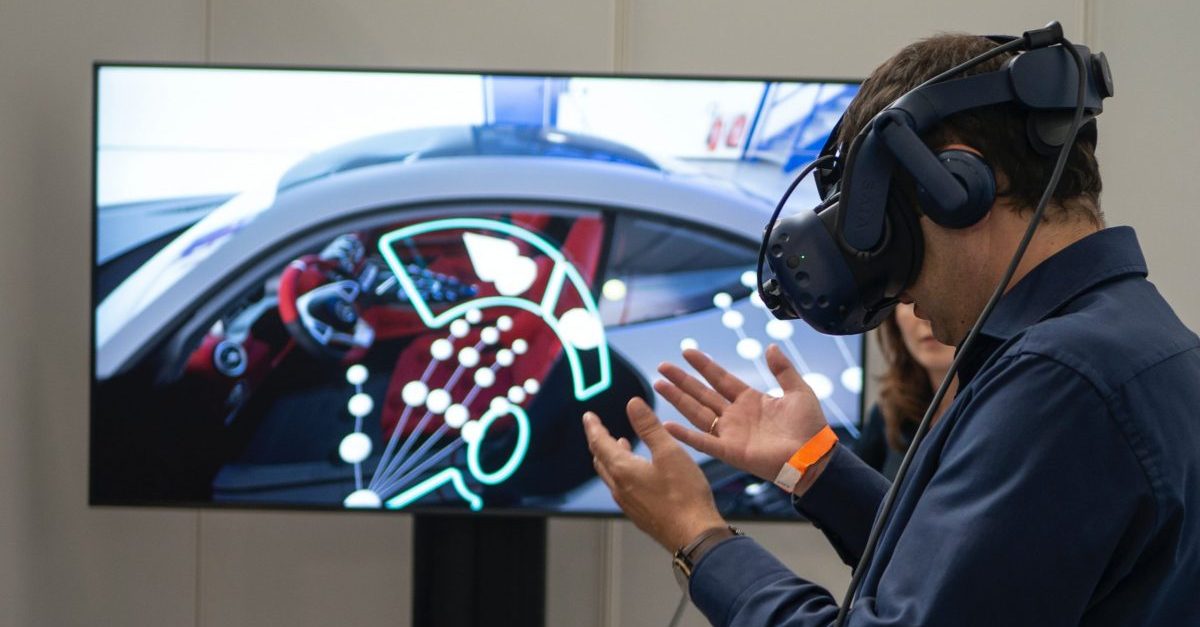 Who are the builders?

So which firms are the ones building the virtual landscape? Through the news we see regular legal and verbal battles between tech giants like Facebook and Microsoft where media suggests they are feuding over ownership of the metaverse, however, the truth is quite different. To create such a huge platform comprising of all seven layers – as seen above – would be a goliath task even for Zuckerberg or Musk. Instead of monopolizing, the scope of the problem is resulting in decentralization and interoperability between a multitude of firms of varying sizes.

The giant players like Facebook or Meta, Microsoft and Neuralink will certainly be playing a part, but it is more likely that they will specialize in their individual areas for the sake of higher efficiency and lower costs. After all, why would Microsoft burden the costs of building a social media network or a brain-machine interface when Meta and Neuralink have already done it? Instead, it will be more profitable for all to cooperate.

For the aforementioned three companies, we can expect Neuralink to make an initially quiet entry into Human Interface but as research and development improves alongside the technology becoming more advanced, we could see Musk’s brainchild capitalizing on this market if he can make it mainstream.

Microsoft has already begun working on Mesh which will be its immersive iteration of Office. Software like Teams and Windows, which are already incredibly successful will be integrated with augmented reality to create even more functional and personal experiences for users. The teaser content shared brings to mind Tony Stark-esque holograms that can be seen, created, and manipulated in the real world. 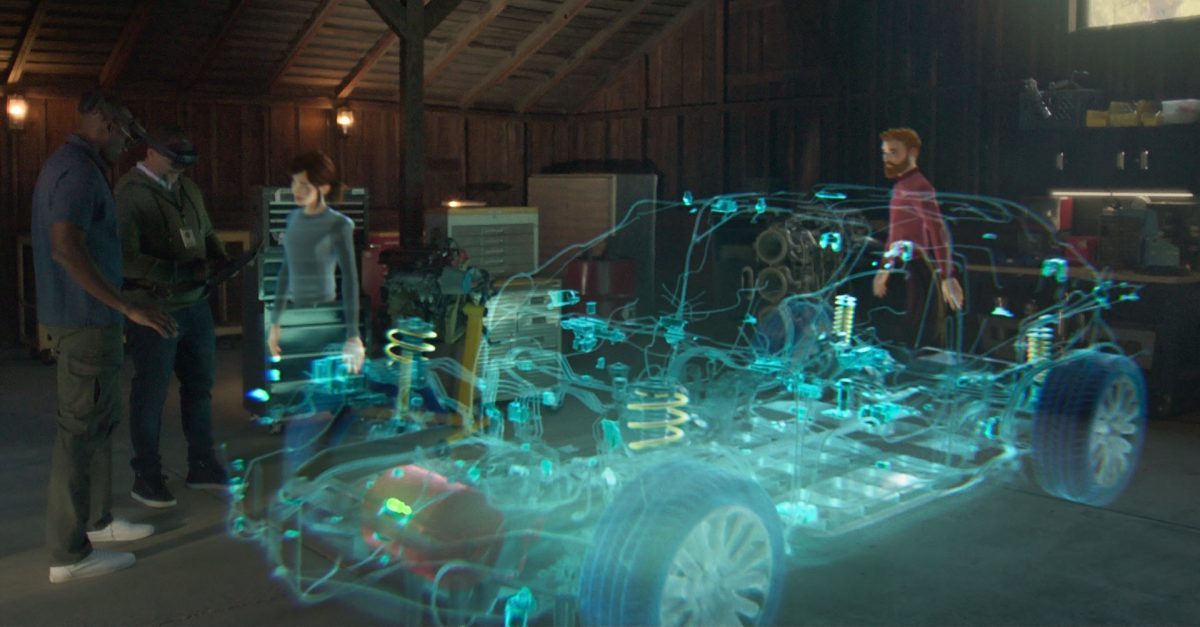 Meta is more likely to have a larger, or even the largest, role to play in the metaverse’s creation. Seemingly, Zuckerberg has been quietly working towards this goal for years with acquisitions like Oculus in 2014 and CTRL Labs in 2019; he even hinted at exploring VR in social media after the prior purchase. Though these seemed like bizarre sideways moves at the time, the imminent metaverse will bring huge gains to Meta who have subsidiaries in Infrastructure, Human Interface, Spatial Computing, Discovery, and Experience. The latter two being the most lucrative layers, Meta is sure to see immense success from the metaverses creation.

There are other lesser-known companies involved too, however. Decentraland are one of the many firms fighting to emphasize interoperability and decentralization. Beginning in 2014, the virtual world opened in 2020 and allows users to buy virtual real estate in the form of NFTs – one of these selling for $2.4 million.

Moreover, there are open-source developers as well as smaller businesses that could be working on the metaverse. For the general user, open-source development is good news. The software will be non-excludable, so you will be getting that Experience layer for free. There are disadvantages though, it is incredibly difficult to produce any form of hardware with no funding and this means the whole metaverse cannot be open source.

The development is going to take a few years yet. The ongoing battle for dominance in the market has only just begun and will continue as more technologies appear. We can hope for as much decentralization as possible to avoid a monopolist gatekeeper that can overly monetize the service.

Next, we will look at the capabilities of the metaverse and the functionality it will provide. Will the metaverse just add a novelty VR feature to the internet or will we have a completely new, innovative platform to interact on?