In a 35-minute hop from Nitra to Bratislava, Klein Vision AirCar completed its maiden flight, becoming the first car to fly inter-city.

Just as Back to the Future predicted—flying cars are here.

Slovakian start-up Klein Vision flew its prototype AirCar in an intercity flight between Nitra to the capital city of Slovakia in under 35 minutes—covering a distance of 46 miles, albeit most of it in air.

The BMW-powered prototype became the first in the world to achieve this key milestone on June 28 when it touched down on an active runway of Bratislava Airport—and departed straight out after a two-minute transition to ‘road mode’.

“AirCar is no longer just a proof of concept… it has turned science fiction into a reality,” commented Klein Vision co-founder Anton Zajac in a press statement.

Klein Vision’s AirCar has a unique X-factor to its form: unlike all the other flying car prototypes that stand out from the traffic with the semblance of miniaturized aircraft, the AirCar actually resembles a normal car when it’s cruising on the road.

Stefan Klein is optimistic about the future of dual transportation vehicles.

“This flight starts a new era of dual transportation vehicles. It opens a new category of transportation and returns the freedom originally attributed to cars back to the individual,” said the founder and CEO of Klein Vision. 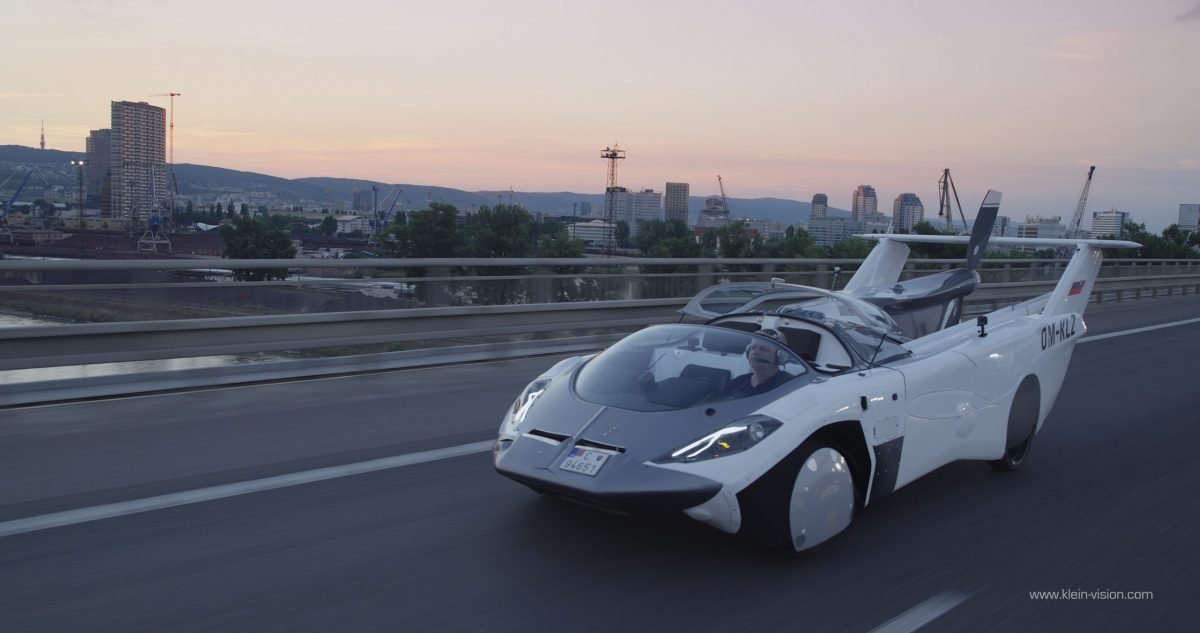 The current prototype of the AirCar is powered by a 158-horsepower BMW-sourced engine for on-road travel and a fixed propeller for the aerial wing of its journeys. With an effective weight of just over 1,100 kg, the prototype can take off from and land on relatively shorter airstrips.

The AirCar prototype 1 can cruise at a top speed of 190 kilometres an hour and cruise at an altitude of 8,200 feet. As a safety measure, the prototype comes with a ballistic parachute to be deployed in case of an emergency—such as an engine failure.

The AirCar has demonstrated its safety with over 40 hours of test flights, 142 successful landings and several manoeuvrability tests to secure the EASA’s approval.

The new market for cars, it seems, is in the sky. If cars could fly tomorrow, would you drive?