In the same way smartphones are almost unrecognisable from their predecessors 20 years ago, car interiors have also undergone a similarly seismic shift over the same period. To the point where the only commonalities are a seat, pedals, and a steering wheel, and even these could be on the chopping block soon with the advent of autonomous cars.

The images below show a Mercedes S class in 2002, considered by many to be the benchmark for luxury and technology,  compared to the equivalent EQS of today. 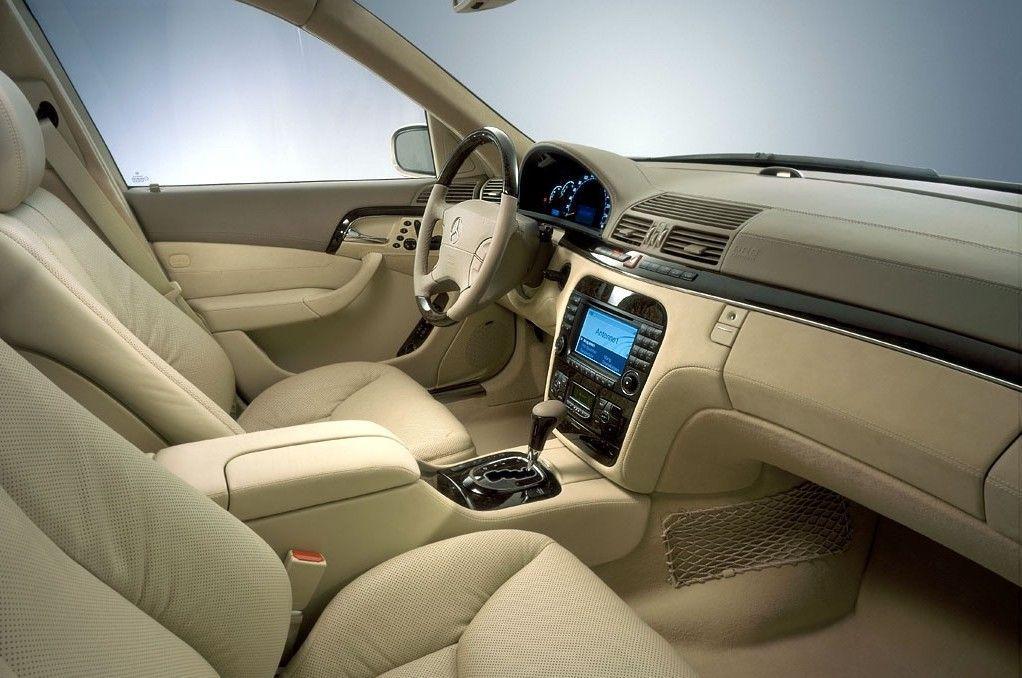 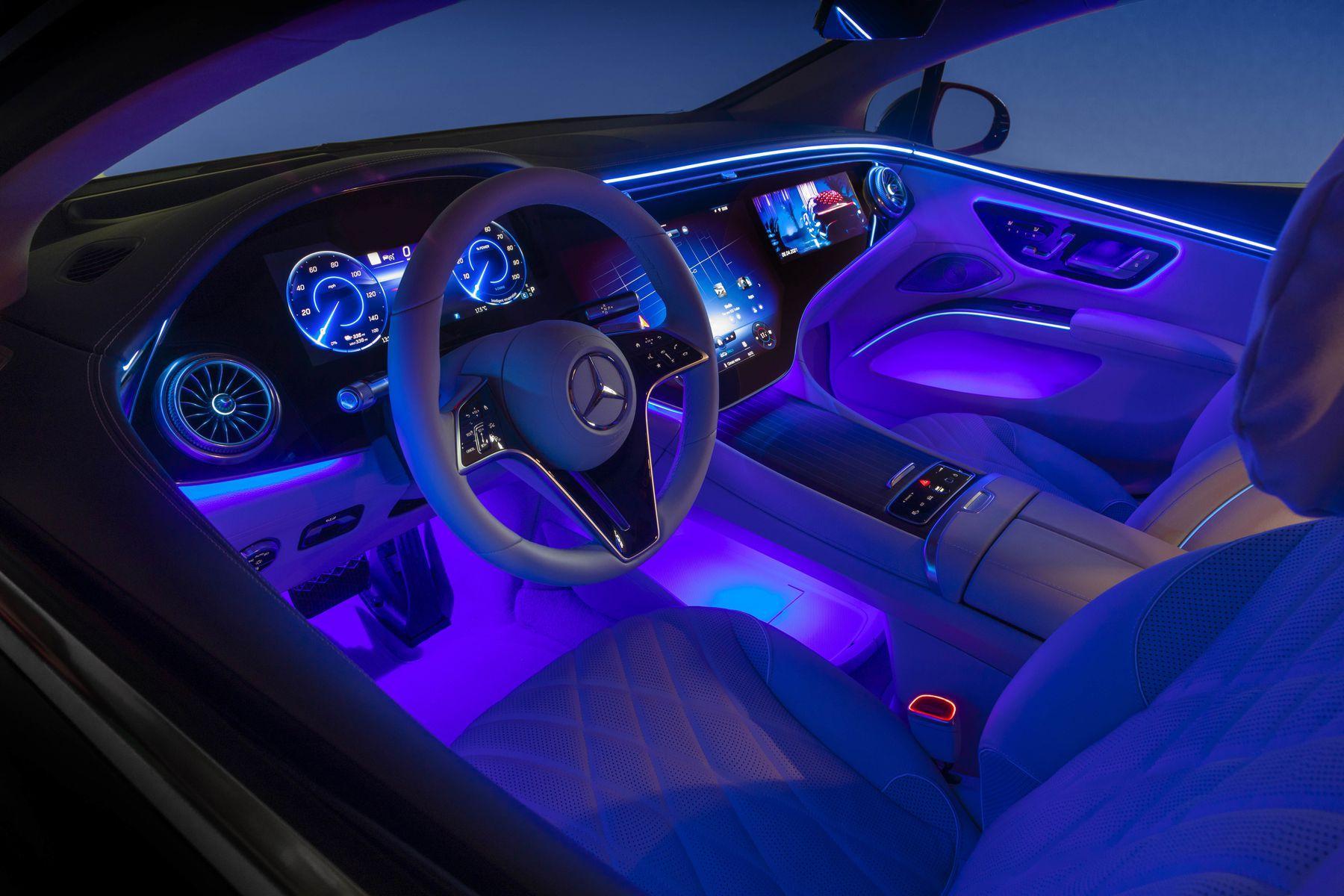 With enhancements in technology the focus of cars has shifted from just getting users from A to B, to providing a truly engaging experience, regardless of whether you’re a driver or passenger.

The changing roles of screens

It used to be considered the height of luxury in the automotive industry to have even just one HMI screen present, whereas now many of the cheapest cars on the market come with infotainment screens as standard, and the recently released BMW i7 has as many as 9 screens dotted throughout the cabin. 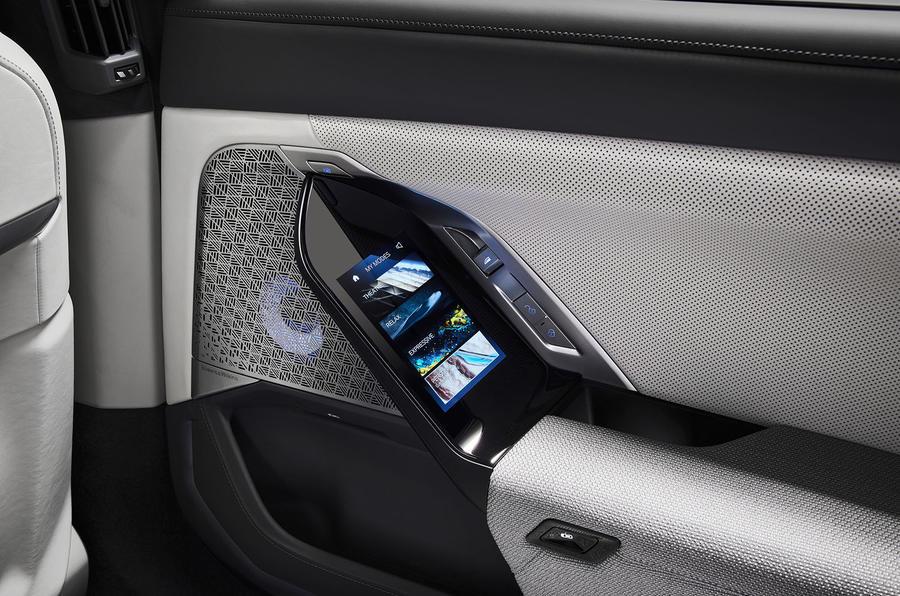 Bigger is better! Cadillac Escalade and Tesla Model S both have mammoth 17 inch screens contained within the dashboard. Due to safety and packaging reasons, many experts wouldn’t have thought it possible to have screens of this size a few years ago, however, with advancements in technology, and an Increased focus on the specific UX elements of vehicle infotainment systems, huge centrepiece screens are now commonplace in the vast majority of high end OEM vehicles.

Along with centrepiece screens placed in the more traditional location, there is also a trend for full dash width screens. Mercedes Benz announced theirs in 2021 and dubbed it the ‘Hyperscreen’. It is a massive 56-inch, curved touchscreen infotainment display that incorporates multiple displays within one sheet of curved glass and controls a whole range of functions within the vehicle. Ferrari also implements full width screens on a number of cars, however they do it with a slightly different focus to Mercedes. As their brand is all about the enjoyment, and thrill of driving, they have included screens on the passenger side that show a range of real time driving statistics such as speed, revs, and g-force in order to enhance the driving pleasure for passengers, and give them a sense of the experience the driver is feeling. 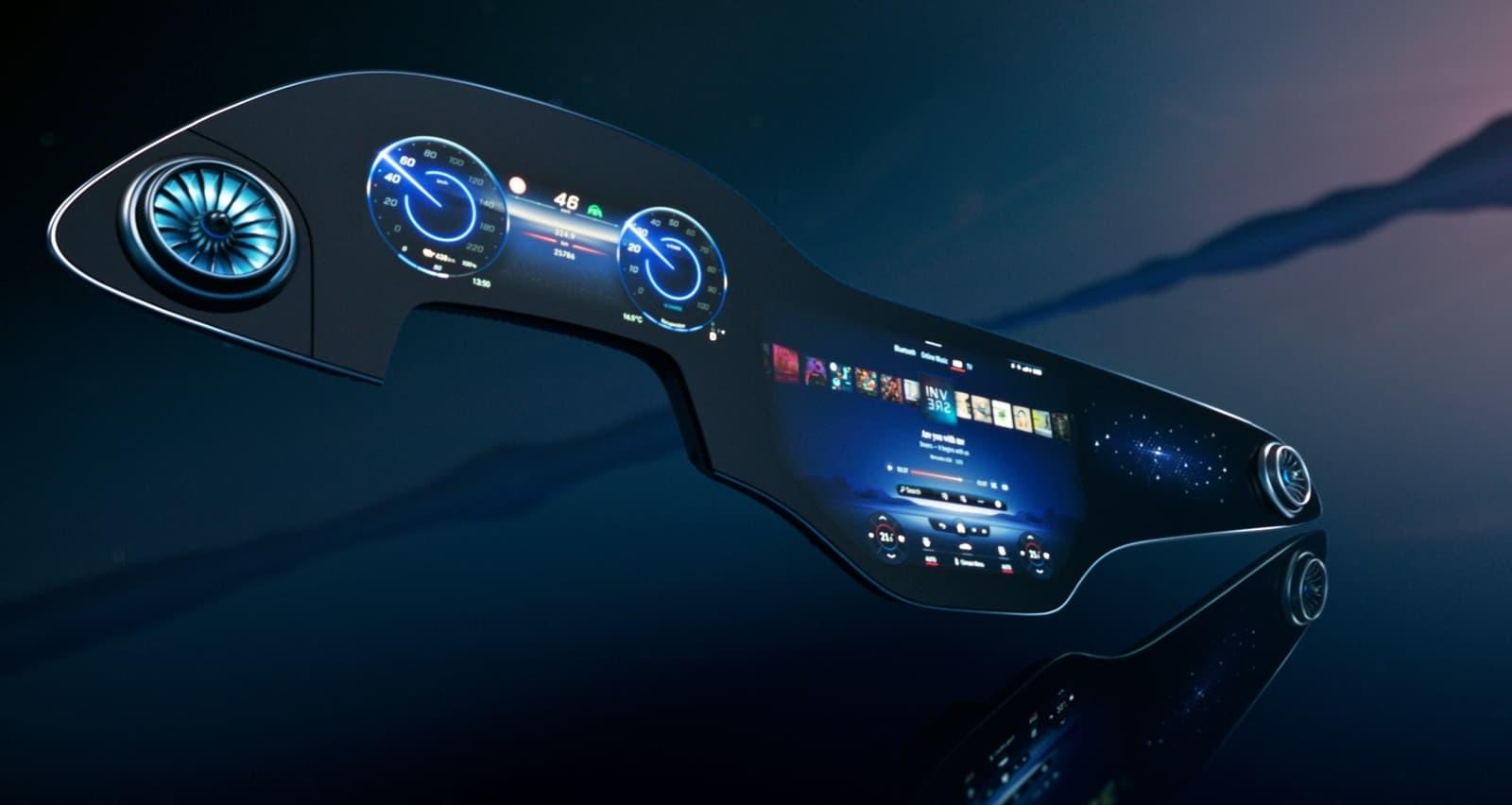 Screens used to be purely for, what was then known as, “satellite navigation”, and maybe some radio controls, whereas now they are regularly used for all sorts of functions within vehicles, from tracking vehicle statistics and performance, to virtual side mirrors, to passenger rev counters, all the way through to windscreen wiper controls (the less said about that one the better, Tesla).

Within the automotive industry it’s fair to say that Tesla divides opinion, but one thing that is hard to argue with is the impact Tesla has had on the changing landscape of vehicle in car experience. Tesla effectively started their initial designs with a completely clean slate, and placed a far greater focus on features that would not only make the car work best for the user, such as ‘Autopilot’ and ‘Sentry mode’. But also brought a sense of fun to what could previously have been considered a relatively old fashioned industry. See Tesla’s ‘Caraoke’, ‘Fart mode’ (or emissions testing mode as it’s officially called), and a whole host of other easter eggs built in that users are still discovering to this day. 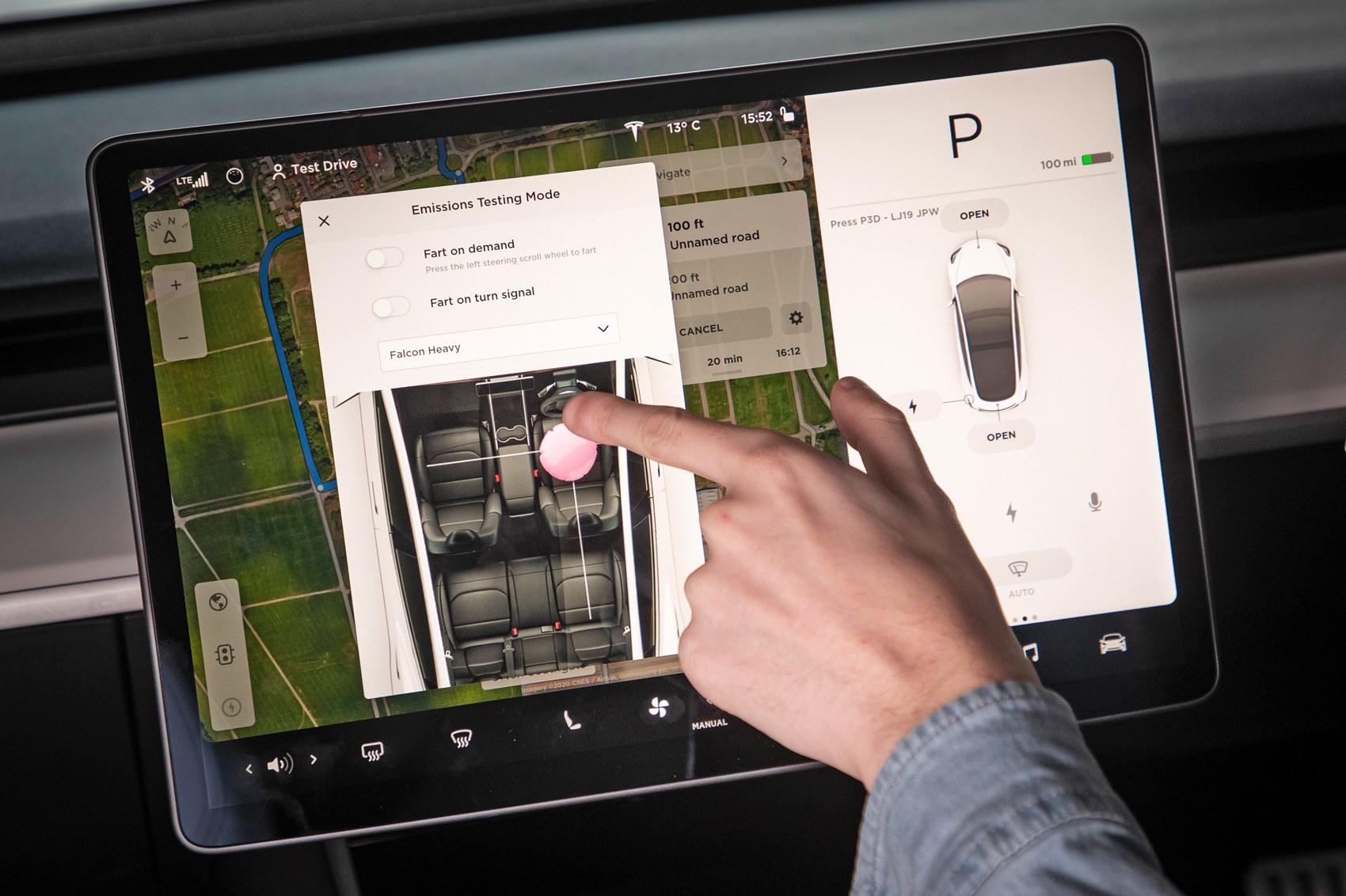 As a result, a number of other OEM’s have followed suit and now produce cars with features that would have been unheard of before Tesla joined the Automotive industry. See Honda E’s ‘aquarium’ mode.

The changing role of UX

Due to the changing screen usage and sizes, the role of UX designers in the automotive sector has also changed. Now, there is certainly no one-size-fits-all approach to designing for in-vehicle screens, meaning that designers are having to come up with innovative and creative solutions to ensure that the user has the optimum experience, no matter what function they are performing through the screen, as well the size/shape of the screen they’re doing it on. 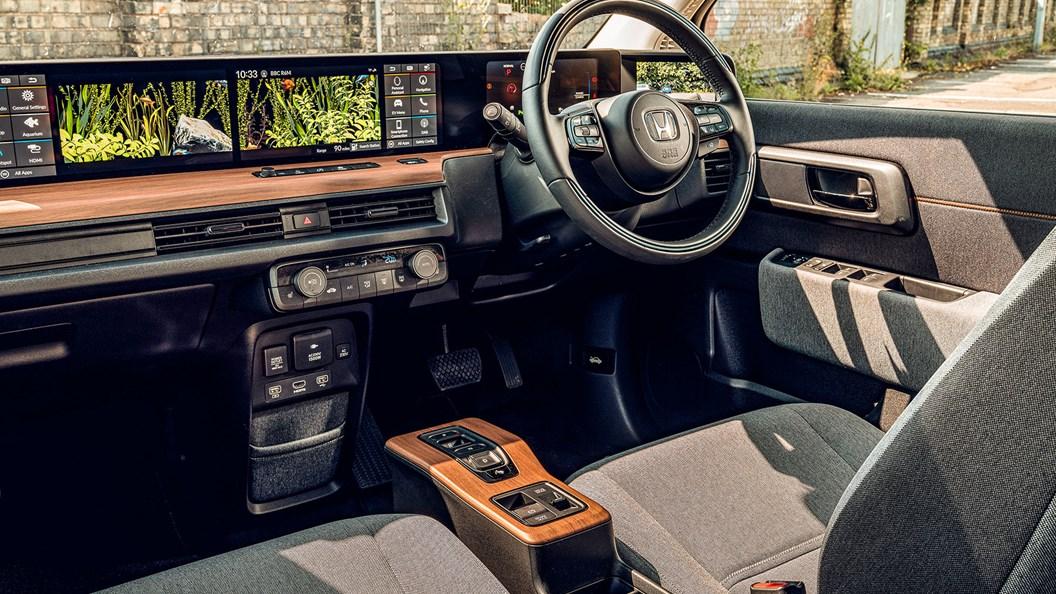 Most importantly of all though, there is a fine balance between providing useful features for the driver, and not distracting from the actual primary task of driving the vehicle. There are a huge number of studies focused around this particular subject area already. However, with technological advancements coming so regularly, the goalposts are shifting all the time, and as a result it is a concern that designers will have to remain acutely aware of for years to come.

To learn more about how automotive brands are shaping the customer experience, read our articles on ‘The ownership experience’ and ‘The e-commerce experience’ if you haven’t!

Life at Sea: The User Experience

The Entanglement of Product Thinking and Problem Solving